East Beats West in this Samurai-themed Successor to BANG! - Nerdist

East Beats West in this Samurai-themed Successor to BANG!

For a long time BANG! was my go-to social deduction game. But even when I was playing BANG! and all of its expansions, I felt like there was something missing, some room for improvement. A while later, I was told of a game by the same creators, dV GIOCHI, that utilized the same systems as BANG!, but without a lot of the hangups. That game is Samurai Sword. 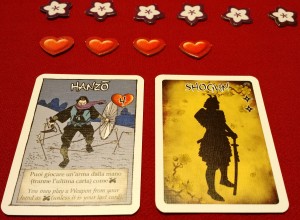 Like BANG!, Samurai Sword has hidden roles, but this time around, they’re Shogun, Samurai, Ninja, and Ronin. You’ll also take turns drawing and playing cards to either attack other players or equip yourself with items and allies. The most notable difference between this Eastern influenced card game and its Spaghetti Western predecessor is that Samurai Sword has no player elimination–nani?!

Yes, indeed, Samurai Sword still has you trying to attack and knock-out your opponents, but instead of eliminating them from the game, you steal their honor, which is counted and scored at the end to determine the winning team. 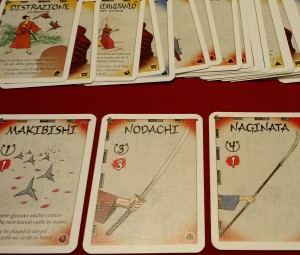 One of my other favorite differences is the use of weapons. In BANG! you could equip yourself with weapons, but had to have Bang cards to attack other players. This lead to multiple turns without doing anything, which extended the game and made it a lot more frustrating when someone would avoid your attack. In Samurai Sword, players will draw weapons that still have different range modifiers, but instead are used to attack once and are then immediately discarded. There are enough weapons and weapon variety to keep it interesting and fun.

You will also get unique character cards that give you a special power for the duration of the game. Most of these are based on popular Japanese characters, people, and folklore. There are items like armor and buffs that grant more damage and additional actions, curses that can be played against other players, and actions that allow you to steal cards and other resources. The game’s version of the marketplace is a tea party, which keeps the game moving and fun. 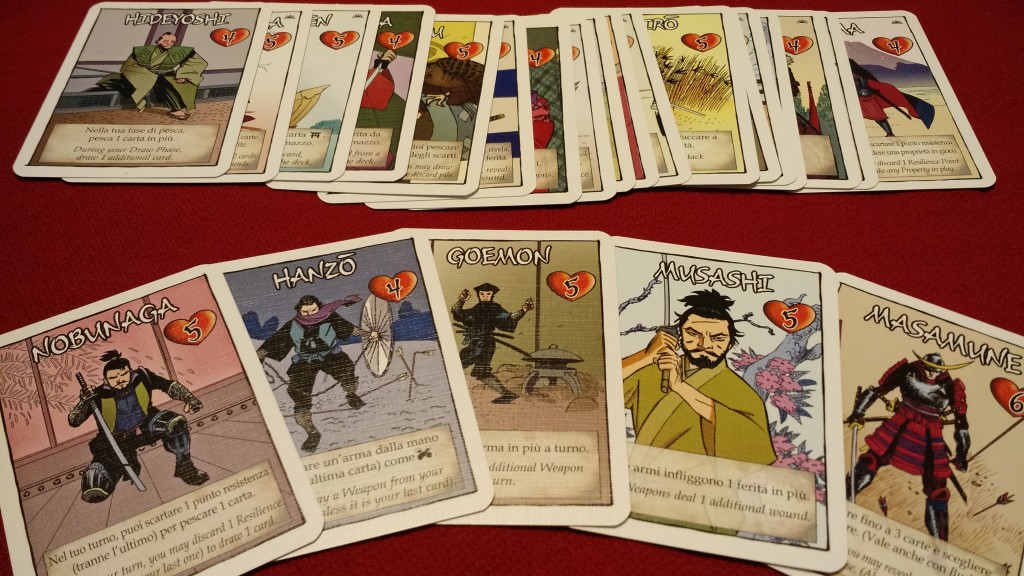 The art and components of Samurai Sword are on par with its predecessor. The art itself is a little more consistent and refined than in BANG!, even in its slightly sketchy style. My biggest complaint for the game is the number of languages printed on the cards. You may remember that BANG! has text in both English and Italian, which makes more sense when you consider that it’s an Italian game. Samurai Sword still has English and Italian text, but occasionally throws in some Japanese or more Italian as well. It can be a little confusing at first, but you get use to it and it doesn’t stop you from playing the game–it just adds a couple head scratching speed bumps.

In all, Samurai Sword is a huge improvement on the system, with refined mechanics and a much shorter play time. You could argue that the hidden aspect of the roles is a little lost without player elimination, but it still makes for some sneaky plays and a lot of take-that! If you like BANG! or other social deduction games but want a little more gamification, you really need to try out Samurai Sword.