The show may be virtual this year, but that doesn’t mean E3 2021 isn’t going to be epic. This year, Nerdist has partnered with E3 to bring you first looks, breakdowns, and analysis for all your gaming news. After a weekend packed with announcements and trailers, Monday’s E3 presentation included previews from Capcom, Razer, Freedom Games, and the indie showcase.

Capcom kicked things off with updates for Monster Hunter 2 and Monster Hunter Rise, plus all you need to know about the new Resident Evil DLC and multiplayer game.

Get the Tsukino Palico layered set on June 18, and even more event quests and fun rewards rolling out starting June 24, 2021. 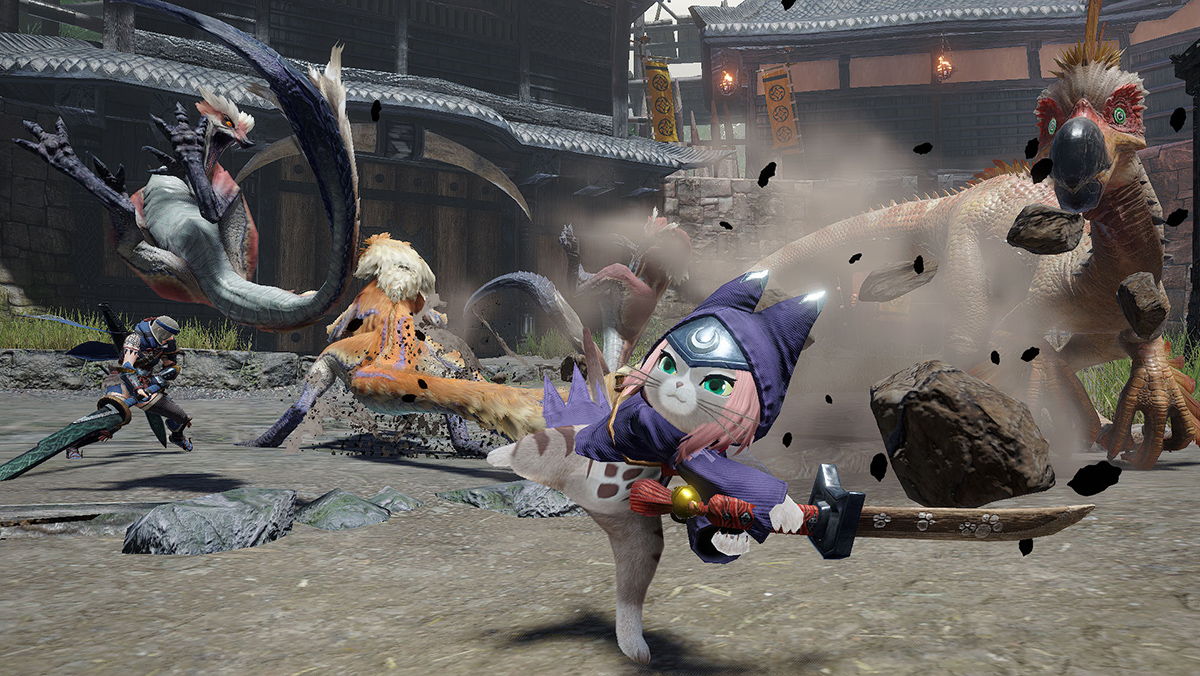 At its first ever E3 keynote presentation, Razer revealed a series of new hardware, including the long-awaited return of the Razer Blade 14 laptop.

This powerful gaming laptop will run you $1799.99 and is available to purchase now.

Freedom Games also debuted new looks and release windows for a slew of titles, including one for a good cause!

Modern monster-taming RPG Coromon will be available Q1 2022 on PC and Nintendo Switch.

Cat Café Manager will be available on Steam and Nintendo Switch in Q1 2022.

This dog rescue sim will donate 20% of its profit to The Petfinder Foundation!

Last but certainly not least, one of our favorite presentations: the Indie Games Showcase!

This 2D pixel art game lets you fight aliens with a football that is also maybe a sentient cat-creature.

Play as a cute paper airplane in this new first person adventure.

Stay tuned this week for more from Nerdist and E3 2021!