It’s not true that every New Englander starts their day off with a cup of coffee from Dunkin’ Donuts. It’s only most of us.  Because while “America runs” on the stuff, those of us in the Northeast have it running through our veins. Maybe literally. And soon there will be another way to make their coffee a part of our morning routine. Get ready to kick off your day with Dunkin’ Donuts caffeinated cereal.

Dunkin’ and Post Consumer Brands are partnering on two new cereals (which we first heard about at TODAY). Both kinds are made with Dunkin’ coffee. The two options, inspired by “fans’ two favorite flavors,” are Caramel Macchiato and Mocha Latte. They will begin hitting stores nationwide in August.

“Coffee and cereal are the ultimate breakfast go-tos, ranking as the top two most consumed items to help people start their day,” said Josh Jans, Brand Manager of Cereal Partnerships at Post Consumer Brands, in a press release. “Dunkin’ coffee is a daily ritual for Americans, and we’re excited to be partnering with them to indulge their fans’ coffee cravings. Getting the flavor right on our new cereals was a top priority, and we think we’ve nailed the rich, smooth and creamy taste.” 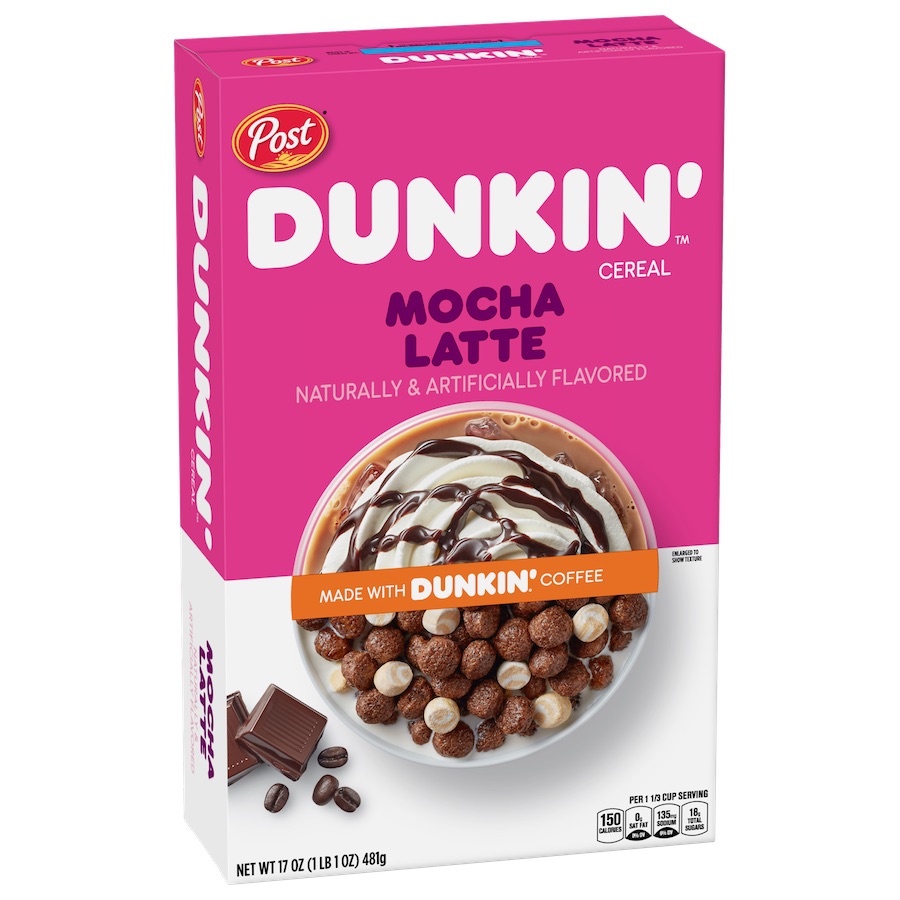 The Caramel Macchiato cereal features crunchy cereal pieces and caramel-swirled marshmallows. Together Dunkin’ says it creates “the deliciously indulgent taste of the layered iced coffee beverage.” The Mocha Latte version has “a hint of chocolate and latte-swirled marshmallows in honor of its namesake espresso”. Most importantly for my fellow caffeine addicts, both also contain “very small amounts of caffeine, roughly a 10th of a cup of coffee.”

That amount of caffeine shouldn’t be a big deal for most customers around the country. But it might be in New England. We’re so addicted to Dunkin’ coffee we might pour it on this cereal instead of milk.

I’m not being serious obviously. Some of us will definitely do that.