If you’re a fan of either Pandemic or Dungeons & Dragons, you’ll enjoy Defenders of the Realm. This unlikely coupling of two very different systems has created one of my all time favorite cooperative games. In Defenders of the Realm you control a classic D&D style character against endless hordes of enemies set in fantasy world. Be it a righteous Paladin, powerful Wizard, enigmatic Ranger, or any of the many other available classes, you and your friends must work together to stop the minions of the Dark Lord from tainting the land and breaching the walls of Monarch City.

Much like in Pandemic, where you fend off cube shaped diseases that multiply and spread with each turn, in Defenders of the Realm you are being overrun by four different types of monsters. Unlike Pandemic, each of the monster types are lead by a powerful General that must be defeated before they reach Monarch City. While there is only one way to win the game, there are many ways to lose. If defeating the General wasn’t challenging enough, you will also fail if Monarch City is overrun by monsters or the land is tainted beyond repair.

Similar to Dungeons & Dragons, each player takes on the role of a character with unique abilities. While each class can contribute to the primary objective of defeating the Generals, each also specializes in different aspects of the game. For example, the Ranger is able to shoot enemies at a distance, allowing the player to maximize their monster killing range within a limited turn. The Cleric has a refined ability to cleanse the realm of taint crystals that appear in the monster’s wake. Furthermore, some of the classes like the Paladin are better suited fighting against undead monsters, while the Dwarf is best at fighting dragons, and yes, Dwarf is indeed a class.

Aside from the exciting theme and roster of characters to choose from, the experience you have each time you play can vary wildly. In some games, the monsters happen to multiply faster than usual, making it ever more difficult to stop them from swarming Monarch City. Likewise, there are games where the Generals are particularly eager to breach the walls, and you must force them back at all costs. Other times the minions of the Dark Lord are particularly filthy and you are rushing around to cleanse the land of their tainted crystals. In any case, you will be managing all these aspects while trying to find the most opportune moment to strike a mortal blow against the Generals. 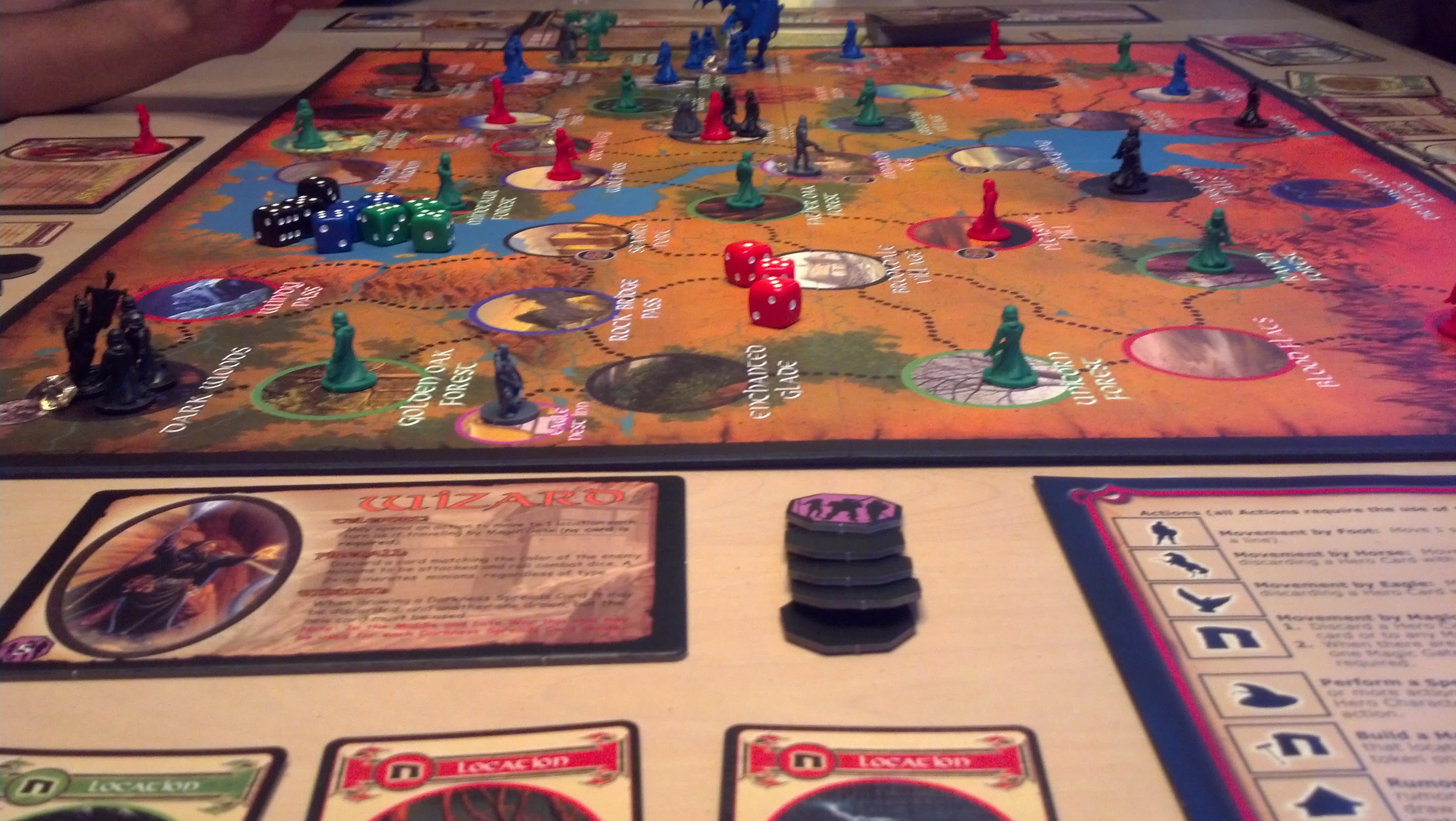 At a glance the artstyle and components may appear dated, but I can assure you this is all quite intentional and really adds to the flavor of the game itself. I have found that the semi-80s D&D style has given Defenders of the Realm a sort of old-school feel that adds a touch of nostalgia to a very modern game. Each time we play, my friends and I burst into silly voices as we provide dialogue for all the characters and villains like a Saturday morning cartoon episode of Dungeons & Dragons.