Eye of the Beholder is a compelling documentary that turns the lens on the past and present of Dungeons & Dragons. Taking an in-depth look at the history of TSR and the artists and creative talent behind the world’s most popular role-playing game, the full-length film sits down with luminaries of of D&D art like Jeff Easley, Clyde Caldwell, Larry Elmore, and many more.

The producers of the film, Kelley Slagle, Brian Stillman, and Seth Polansky, recently chatted with Geek & Sundry about what we can expect from the documentary and why they felt that this was an important story to tell. 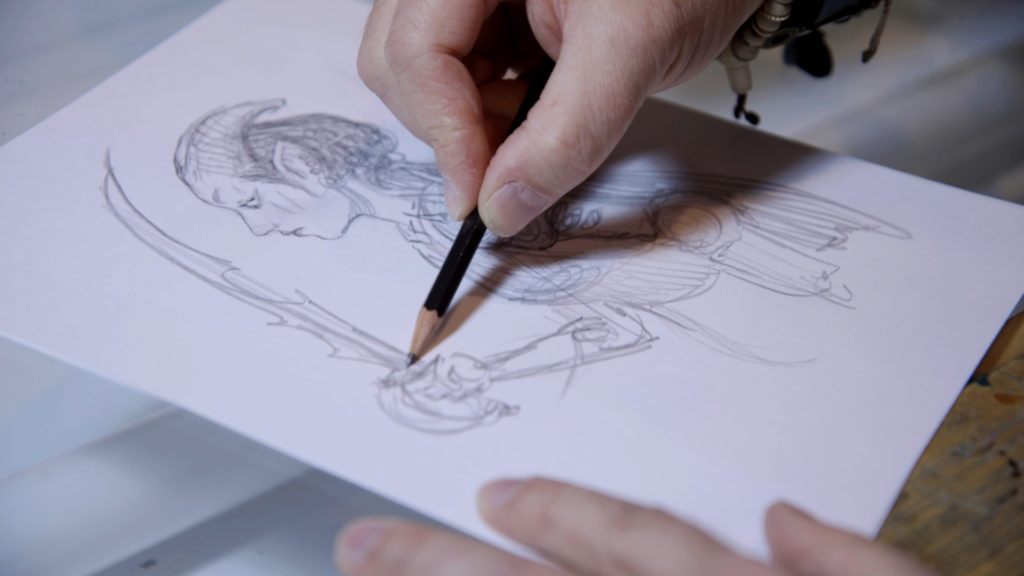 Each of the producers pulled double duty (at least) on the film, with Kelley editing, Brian also working as the Director of Photography, and Seth working both on audio and as legal counsel. It’s obvious that the film is a labor of love, and that starts with a mutual affection for the game and fond memories of playing D&D themselves.

“We’re all gamers—both Brian and Seth have been playing D&D for decades, and Kelley’s been playing for a few years. We all felt the illustrations were always as important as playing the game,” they tell us. “Dungeons & Dragons’ art shifted the needle in the late 70s and particularly throughout the 80s and became synonymous with fantasy art, but few people realize it, and even fewer know who was behind it all.” 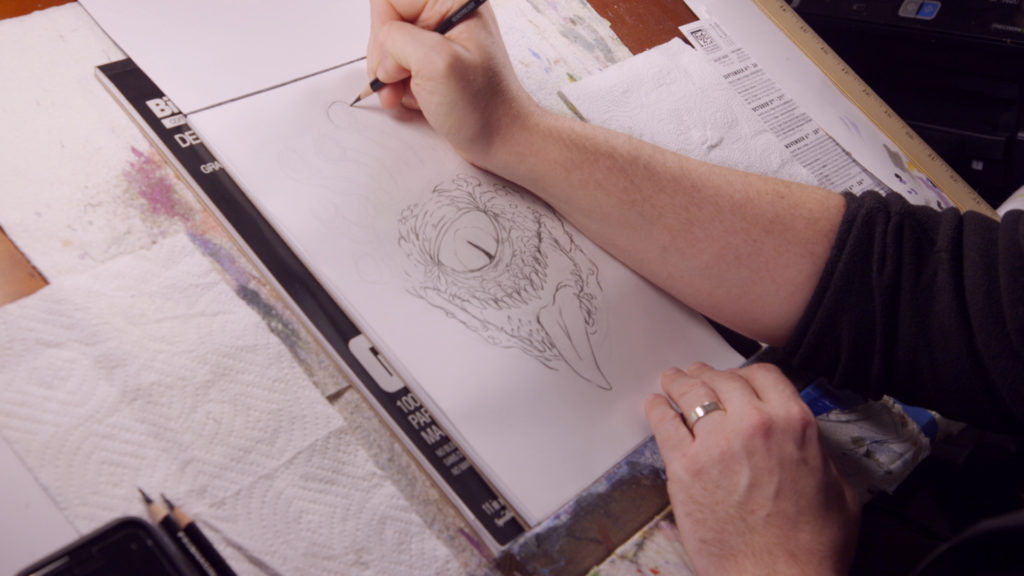 Eye of the Beholder was created to highlight that, focusing on the contributions to D&D, pop culture, and fantasy itself that the striking artwork and the hardworking artists themselves made. Chatting with the artists and company insiders during filming surprised the producers more than once as the storied history behind the early days of D&D unfolded.

“The artist Brom told us one of our favorite stories,” they say. “Back in the 80s, there was kind of a disconnect between the marketing and the art departments. One day, a bunch of executives visited the bullpen where all the in-house artists worked, and told artist Jeff Easley that a painting was particularly important, and he needed to use his most expensive colors. Another time, they told him that because a piece was important, he needed to use all his colors. It’s kind of an insane thing to tell an artist to do.”

They were also taken aback to hear just how lucky we are that any of the original D&D artwork from the early days survived at all. “There was a time in the mid-90s when someone at TSR, D&D’s publisher, decided to just throw out all the art,” they reveal. “Everything from black and white drawings to full oil paintings; artists like Dave Trampier, David Sutherland, Jim Roslof, Erol Otus, Jeff Easley, Larry Elmore… some of the greatest fantasy art ever was just headed for the dumpster. Luckily, and very much at the last minute, a few people at TSR, including artist Diesel LaForce, saw what was happening and managed to rescue a lot of stuff. But they didn’t get all of it, and lots was lost.” 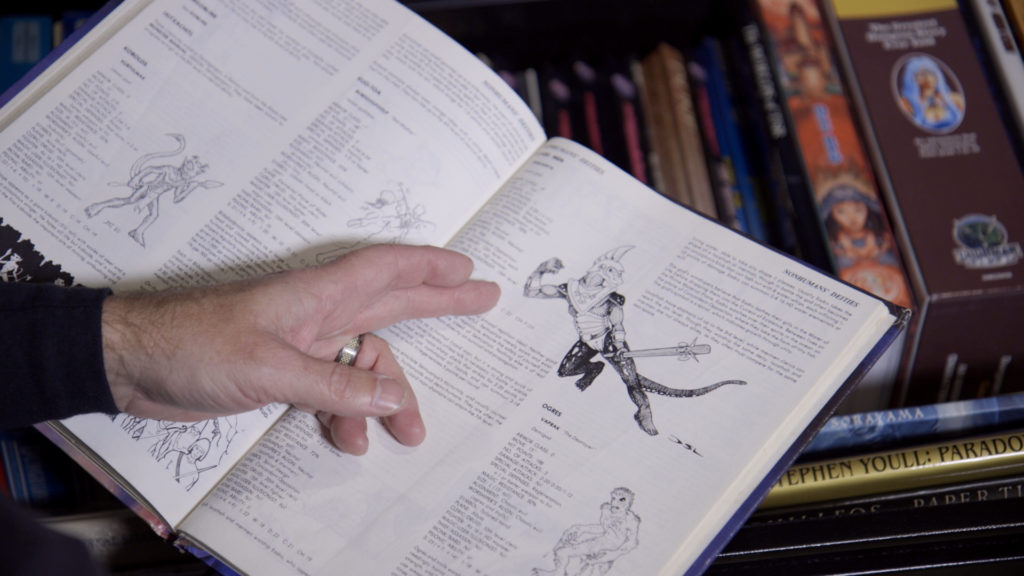 The artwork of Dungeons & Dragons is functional, say the producers, often serving as a prompt for the imagination or storytelling when no one quite knows what something called a beholder actually looks like. It’s that inspiration for storytelling that the producers find most captivating.

“D&D art at its best tells a story. Something’s happening in it and that prompts people’s imaginations — they grab that story and run with it and create their own adventures. It’s immersive; we look at the art and ask, ‘What’s around the corner there?’ It lets people imagine themselves squaring off against dragons and owlbears and mind flayers and hordes of the undead. It gives people license to create their own art, to explore their own creativity. It’s action packed and inspiring and, honestly, it usually looks cool as hell.”

The documentary also interviews the artists of Dungeons & Dragons who have worked with Wizards of the Coast in more recent years. Take a look at this exclusive clip of artist Christopher Burdett, who talks about often using himself for reference photos and his work on the 4th edition supplement Halls of Undermountain.

“We hope that people gain a new appreciation for the art, and an understanding of the impact it’s had over the years,” says Kelley, Brian, and Seth. “We’re also hoping to shine a light on the D&D artists, many of whom aren’t as well known outside of the hobby.

“And finally, it’s important to us that we show there’s a continuity to this art—D&D art isn’t just stuff from the 80s. Artists are still creating work for the game today, and it’s brilliant stuff. When we talk about D&D art, we’re talking about art that covers more than 40 years. It’s living, it’s evolving, it’s changing with the times, but in the end it’s always transporting us to other worlds and inspiring our imaginations.”

Eye of the Beholder is now available on iTunes.

Do you have a particularly beloved piece of  D&D artwork or a favorite artist? Tell us who and why in the comments.