If it glides like a duck, and paddles like a duck, it must be… a robot? An engineer with Nissan Japan volunteered his time and energy to creating a high-tech solution to an age-old problem–and it’s adorable. 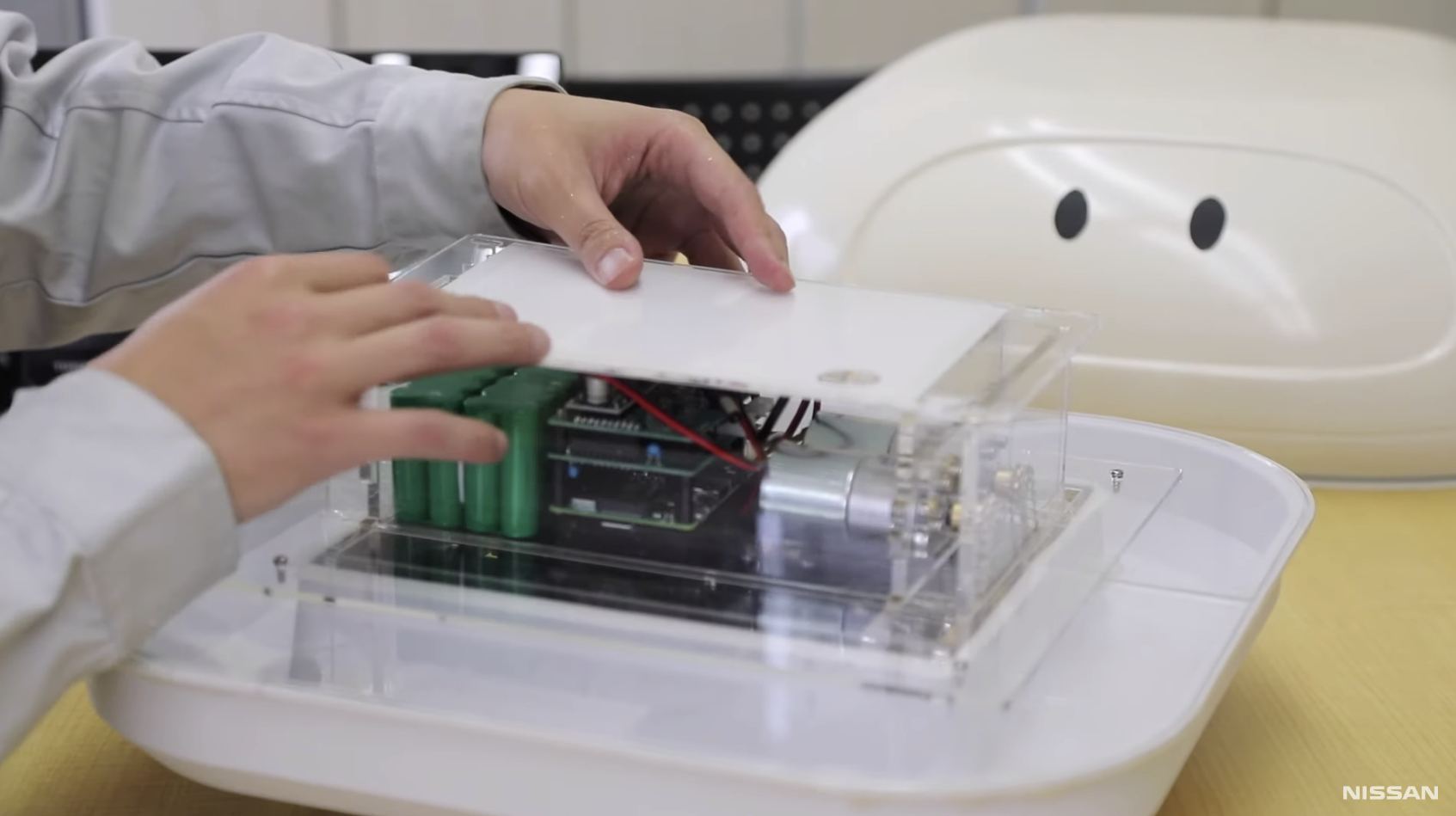 Weeds and pests are a problem any farmer faces, but the engineer turned a low-tech solution into a sustainable one to help farmers reduce the use of herbicide and pesticide on their rice crops. In Yamagata Prefecture in northeast Japan, a small white robot patrols the rice paddies. As it glides through the water, two mechanisms on the bottom muddy the water to prevent weeds from getting enough sunlight to grow. The technique was used in the late 20th century with live ducks, called “aigamo,” which would paddle the water with the same results and eat any insects they found along the way. (It’s not quite as exciting as robots pulling a truck.)

The Nissan engineer, Tetsuma Nakamura, created the robot to help a friend, reports Nippon.com. Hear from him in the video below; although there are no English subtitles, the video is a fun watch just to see the Roomba-sized robot swim through the shallow water.

“Duck Robot” (literally “aigamo robot,” named after the ducks it’s based on), uses Wi-Fi, batteries, solar power, and GPS to navigate the fields. The only thing that would make it even more adorable would be a little painted orange bill. And maybe little robot duck feet. And… Sorry. We’re getting carried away. While Nissan doesn’t intend to manufacture or sell the robot, they obviously support their engineer’s efforts wholeheartedly.

What old-school solution could use a robot upgrade? (Or should we say, which one couldn’t, because robots are obviously awesome.) Tell us all your many crazy duck thoughts in the comments below.