An outsider’s description of Dragon Ball Z will typically break down to… “Oh, it’s that dumb show with the screaming ‘power ups’ that take fifty episodes to get through, right?” That isn’t entirely untrue, but this year’s release of Resurrection F, the latest DBZ movie, once again demonstrates how the franchise’s creators are perfectly aware of their reputation, and have been chuckling about it for years.

In other words, they’ve been trolling. And like any good prank, you appreciate the humor more when you know the set-up–even if you’re the brunt of the joke. 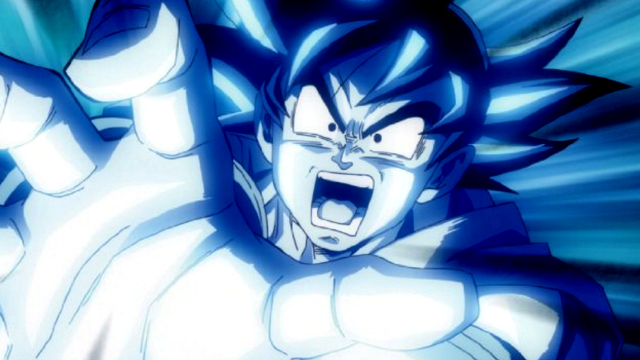 I grew up with DBZ. Nothing was more rad. I spent a scary amount of time arguing with friends about whether Trunks could beat Raditz (depending on who’d gone Super Saiyan at what time, naturally). I knew there was a previous series about Goku’s adventures as a little boy, but found it boring the few times I sampled it directly. Who cared about pointless shenanigans in Master Roshi’s living room? Where were the evil aliens blowing up planets?

Within a few years, I got too cool for DBZ itself, dismissing it with the same complaints of the “typical outsider” above. More years passed, though, and I eventually re-visited the show for a video re-release. And… I liked it a whole lot more.

One nuance that was a lot more apparent to adult me is that FUNimation’s dub work is only a notch or two straighter than the parodic fan dubs on YouTube. That is, the actors are clearly goofing on the material at the same time they’re staying on message. “Tongue in cheek” might not be the precise term, but the show is clearly aware of its own absurdities. And relishing in them. 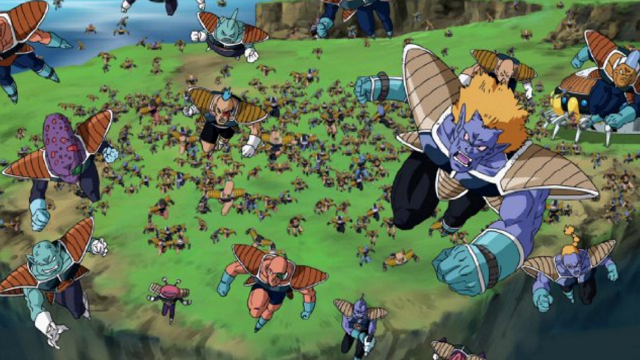 Enticed by this, I finally gave classic Dragon Ball a proper watch. And I was surprised to find how many descriptions of it were actually mis-characterizations. For one, people love to harp on how it’s “based” on the classical Chinese epic, Journey to the West, but the allusions are satirical, and mostly superficial. Marveling at them is akin to insisting Shrek is “based” on Sleeping Beauty. The series has far more in common with gag strips like Dennis the Menace or Popeye; with the running joke being how this good-hearted-but-dim-witted junior karate master keeps causing mayhem for his frazzled cast mates.

Everybody thinks themselves clever for tittering about the testicular double entendres of “dragon balls,” as if they were unintentional, but the series made those same easy puns within only a few episodes. And the funniest skewering of martial arts sagas happens in a tournament arc where Master Roshi takes an alter ego to teach young Goku a lesson in humility. The plan backfires hilariously, of course, because the old karateka finds it’s much harder to defeat this stubborn tyke than he expected. No matter how many ancient, forbidden techniques he employs, Goku just keeps bouncing back.

My read on Dragon Ball Z‘s eventual shift to “seriousness” is that series creator, Akira Toriyama (or his editors), realized a big chunk of the audience didn’t appreciate such fights for their comedic value. Instead, they were deeply interested in the battle stats that must’ve determined the winner. 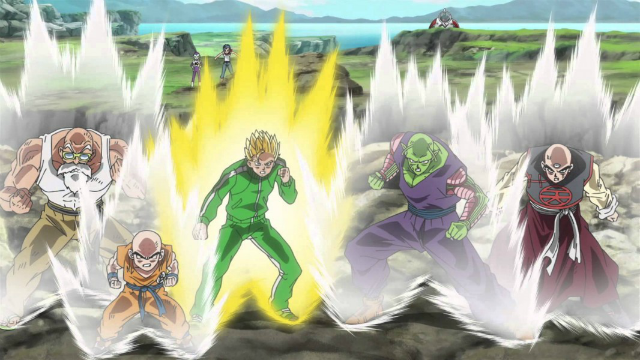 So… why not just give ’em what they want? And because Toriyama didn’t take such exploitation seriously, at all, he was fine serving up much more of it than self-serious competitors like Fist of the North Star.  Like, where could you possibly go after Goku achieves what’s purported to be ultimate enlightenment as a Super Saiyan? Oh, let’s say he finds “double enlightenment.” It’s that simple. It’s all made up, anyway.

The “Saiyan Saga” that really introduced power levels into DBZ ridicules them almost immediately. The actual joke behind that “It’s over 9,000!” meme is that the villainous Vegeta’s power scanner turns out to be irrelevant in an actual fight. Despite that, many ignored the joke, and kept ignoring it. And when Toriyama returned Dragon Ball to outright silliness with the last movie, Battle of Gods, there was a lot of backlash from fans angry that DBZ had become parody of itself.

As if it weren’t a parody from the beginning… 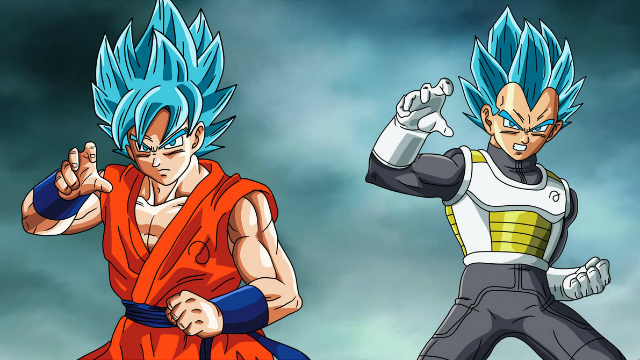 Battle of Gods has one serious moment, and it’s another meditation on the silliness of power levels. Goku goes through a feature-length ordeal to become a “Super Saiyan God,” but he still loses to his hitherto-unrevealed ultimate foe, Beerus. Why? Because there’s just always somebody stronger than you, somewhere out there. The point is stressed even further with a gag at the very end, when Beerus’ seemingly-meek servant K.O.’s him with a gentle chop.

And the joke runs straights on into Resurrection F. When Goku achieves an even higher power level–the intentionally-awkward “Super Saiyan God Super Saiyan” status–the transformation is treated like an after-thought. When his greatest enemy, Frieza, returns from the dead, the resurrection is comically matter-of-fact. Even Frieza’s henchmen point out the futility of a rematch with Goku (as the hero has leveled up so much since their last bout, naturally). And when the two do square off, at last, Frieza reveals his new form with a coy smirk, basically making air-quotes as he says, “Let’s just call this ‘Golden Frieza.’” 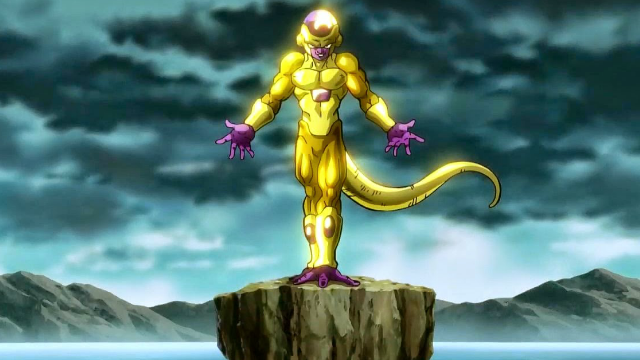 Toriyama is clearly still trolling. The only quality truly differentiating Goku’s latest transformation from previous ones is that it turns his hair blue, instead of red or yellow. Google “Super Saiyan God Super Saiyan,” though, and you’ll find countless, lengthy dissertations by fans on where it must stack in the hierarchy of power levels. Toriyama may find power levels silly, but he realizes they’re what his hardcore fans come for. So, you can be sure Goku will reach many more throughout future movies and the new TV show until his wild hair has been every color of the rainbow.

Now, what’s the point of breaking down a joke that’s been running for over 30 years? Well, recognizing it has actually made me enjoy DBZ a whole lot more. Its rank as one of the most successful and enduring anime series ever is due, in large part, to Toriyama crafting a franchise that holds different appeal for different audiences. I’ve been part of several of them myself, and where once I might’ve slammed Resurrection F for being too silly, I now laud it for being so. It’s is one of the rate movies where “self-parody” is the highest compliment.