What’s cooler than having an action figure you can place in almost any pose imaginable, thanks to hidden articulation that mimics actual human posability as closely as hard plastic can? Looking at that sucker and being able to say, “I built that.” There’s quite the sense of achievement that comes with putting the final touches on a Bandai buildable figure, especially once you apply the incredibly tiny, no-minor-detail ignored stickers that tend to be the finishing touch.

Debuting the product at San Diego Comic-Con at the Bluefin booth (earlier even than Japan), the U.S. distributors of Bandai model kits are going to have a very special Vegito (or Vegetto), the incredibly fusion between Dragon Ball heroes Goku and Vegeta via the Potara earrings, sacred artifacts of the Supreme Ka. Boasting supposedly the greatest articulation of any Figure-rise standard kit so far, this Vegito also includes an energy blast so long (17.7 inches) that it requires its own stand, as well as a forced-perspective tiny Majin Buu figure impaled on it. (The black stand in the picture is sold separately.) He’ll run you $58, which is standard pricing for such imports.If you’re more of a Star Wars person, you can build a B-Wing, which also has some “articulation.” 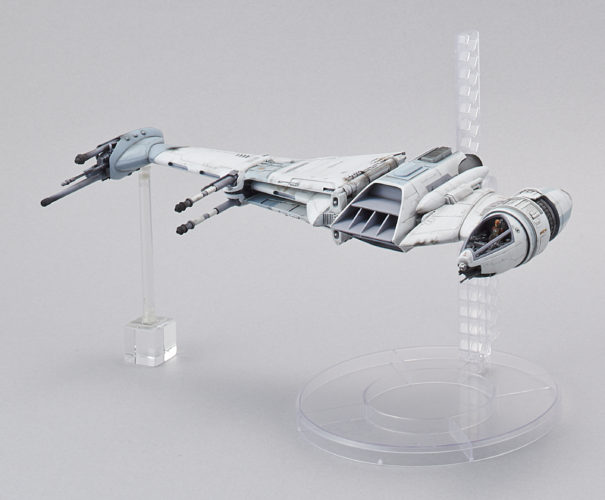 The 1/72 scale vehicle will cost $35 and feature movable wings and rotating cockpit. 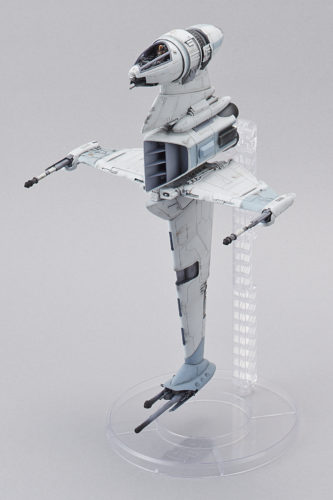 The micro-level details will require a very steady hand to build, but the result is more than worth it, with a level of authenticity you often don’t see often, even on much larger replicas. Bluefin will be at booth 401 in San Diego. Expect both of these exclusives to sell swiftly.

Are you going to jump in that line? Let us know in comments.