Study Shows Dogs Can Sniff Out COVID with 94% Accuracy - Nerdist

Study Shows Dogs Can Sniff Out COVID with 94% Accuracy

A German research team says dogs may be able to sniff out COVID-19 with a high degree of accuracy. The team, led by the University of Veterinary Medicine Hannover ( TiHo), says it was able to train dogs to identify the disease after a week of training. If dogs are indeed able to detect COVID-19, TiHo says they could be deployed to places like borders and airports.

Al Jazeera reported on TiHo’s claims, which are based on a study recently published in the journal, BMC Infectious Diseases. In the study, the researchers from TiHo et al. say they trained eight “specialized sniffer dogs” to detect saliva or tracheobronchial secretions of SARS-CoV-2, the virus that causes COVID-19.

According to the study, the sniffer dogs were able to detect COVID-19 in samples with an average sensitivity of 83% and a specificity of 96%. Meaning the dogs properly identified roughly 83% of positive samples, and 96% of negative samples. The dogs were able to do so thanks to the fact that they can detect volatile organic compounds produced during respiratory infections.

For the randomized study, the dogs parsed through 1012 samples, and correctly identified 157 positive samples and 792 negative ones. The dogs misidentified 33 negative samples as positive, and 30 that were positive as negative. As a result, the dogs had an overall detection rate of 94% (plus or minus 3.4%). 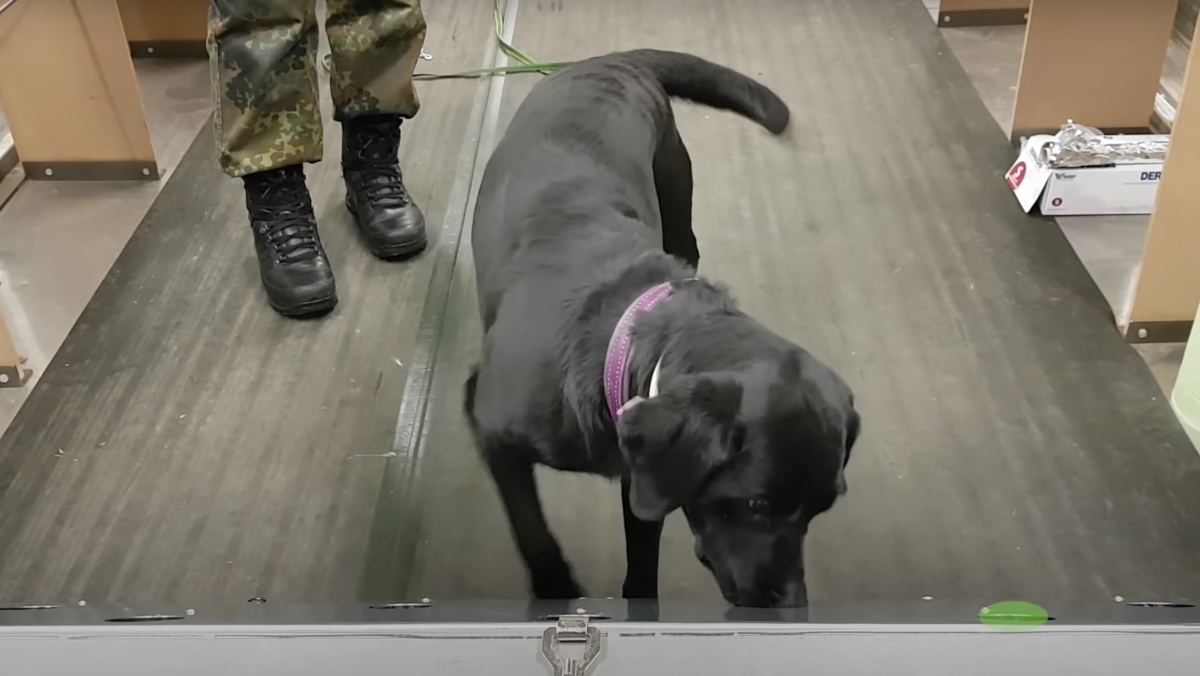 Moving forward, the researchers seem hopeful they’ll be able to deploy the COVID-19-sniffing dogs. The researchers do note, however, that even though this was a double-blinded and controlled study, more evidence is still required. This study “had major limitations” that need to be elucidated by future studies, the researchers wrote in their conclusion. One of the first steps now, for example, is to see if dogs can distinguish between COVID-19 and other influenza-like illnesses.