More Missing DOCTOR WHO Episodes Will Return via Animation - Nerdist

More Missing DOCTOR WHO Episodes Will Return via Animation

There was a period of time there, close to 2013, when it looked like the unthinkable would happen. Hundreds of episodes of Doctor Who from the 1960s were missing, presumed lost forever. And then, like a TARDIS groan in the darkest hour, archivists found nine episodes. From the far-flung parts of the world, episodes of TV thought destroyed came back. Just in time for the 50th anniversary, we had one complete story and one nearly complete. Maybe they’d find ALL the missing episodes! 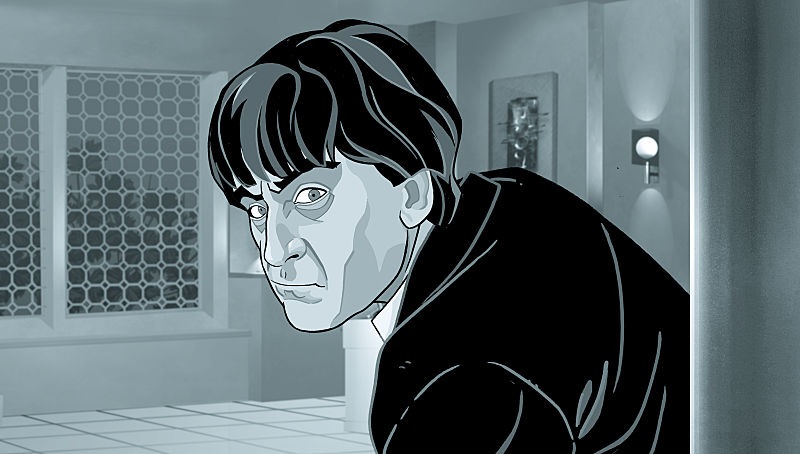 Sadly, that wasn’t the case. There are still 97 episodes missing from the BBC archives. All of these are from the First and Second Doctor eras. The Second Doctor especially bore the brunt of the BBC’s wiping practices of the ’70s. 58 out of his total 127 episodes are still missing. Luckily, the BBC have animated several of these over the years, using the original audio track recorded off-air by fans at the time. Now they seem committed to animating all of them. Released this week is the first teaser for “The Faceless Ones,” a Second Doctor serial comprising six parts, four of which are missing.

“The Faceless Ones” aired in 1967, right at the end of Patrick Troughton’s first season in the role. It’s a creepy present-day story of aliens using doppelgangers at Gatwick Airport to replace key members of the public. It was co-written by David Ellis and Malcolm Hulke, the latter of whom would go on to write or co-write seven more serials, some of the best the series had to offer.

No one would ever argue that “The Faceless Ones” is one of the most important or best Doctor Who stories ever, but a move like this speaks to the BBC’s commitment to animating its lost episodes. Over the years, the BBC have animated a missing episode or two in stories where the majority of episodes still exist. This made for a nice little package to watch longer stories more or less intact. Now we only have stories where half or more of the episodes do not exist; it’s a much loftier goal to animate them all.

But animate them they will, it seems. In 2016, they released “The Power of the Daleks,” the Second Doctor’s first story. All six parts are missing, so the story acted as a proof of concept for a fully animated missing story. In March, the four-part missing serial “The Macra Terror” got an animated release in the UK, with a US release scheduled for later this year.

It’s a complicated undertaking to animate so many episodes, but I sure hope they do everything. If we can’t watch the real thing, animation is a very close second choice.

TAGGED: Doctor Who, The Faceless Ones, The Macra Terror