DOCTOR WHO Takes Mental Health Seriously With ‘Can You Hear Me?’ - Nerdist

DOCTOR WHO Takes Mental Health Seriously With ‘Can You Hear Me?’

One of the advantages of Doctor Who’s ability to mix a procedural format with its science fiction themes, and its ability to move its characters and narrative to almost anywhere in space and time, is that it can frequently tackle major issues through its lens. This has been part of its DNA throughout the long history of the series. The 1967 serial “The Ice Warriors” with its new ice age brought about by dependence on synthetic food, or 2017’s “Oxygen” which dealt with even later-stage capitalism and a corporation charging its own deep space employees for the ability to keep breathing, to name a few examples.

The following contains references to the current series of Doctor Who and the most recent episode, “Can You Hear Me?”

It’s also safe to say that in the most recent era of the show, the attempts to tackle these types of stories have been about a subtle as Harley Quinn with a baseball bat. From the literal “Dregs” of humanity surviving in a scorched future Earth in “Orphan 55” to the plastic-loving space contagion setting up shop on earth in “Praxeus,” it has felt like the Doctor is literally breaking the fourth wall to ask us to please save our own planet. Noble sentiments in both cases but also quick to make many viewers roll their eyes.

This is why it’s even more impressive that, in the case of more internal conflicts, ones dealing with mental illness and distress, the show has been doing some of the most interesting work it’s ever done. One of the most unusual episodes of last season, “It Takes You Away,” exquisitely dealt with the pain and torment of grief. This year, with “Can You Hear Me?” works similar storytelling magic on depression and anxiety. 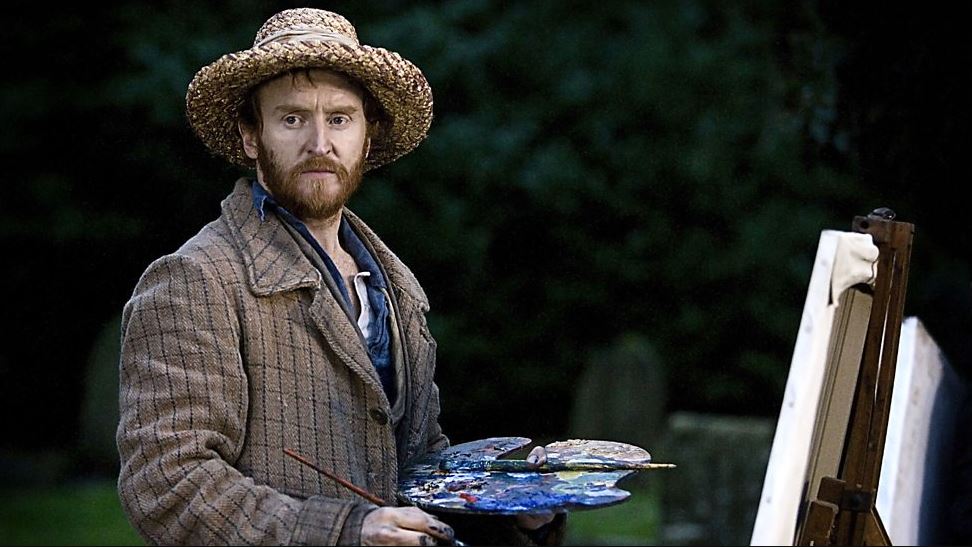 This isn’t the first time that Doctor Who has addressed depression, most notably it was featured in 2010’s “Vincent and the Doctor.” But while that story’s plot was pretty standard for the modern historicals, “Hear Me?” takes a much broader approach to the topic. It weaves a tale of both science fiction (and a little supernatural) elements alongside very real, very human feelings. Its villains are metaphors, but its symptoms are real.

The symptoms being real aspect is one of the most important parts of the episode. Through this, it was able to do such an effective job with its subject matter. It would have been utterly irresponsible for the Doctor (Jodie Whittaker) to encounter someone struggling with clinical depression only to learn it was simply some external force she could easily defeat. This sort of ending works when the enemies are potato heads carrying guns; it does not work with real mental health issues.

In fact, the show has actually handled this poorly in the past. 2014’s “In the Forest of the Night,” which featured a fairly common “The voices this little girl hears are real!” twist, even had the Doctor mock the concept of giving the child medication, to begin with. 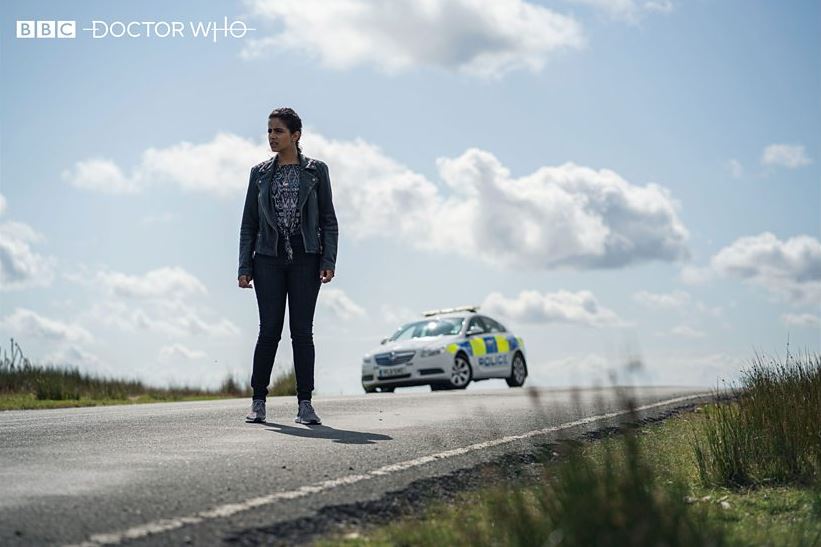 Not so in “Can You Hear Me?” Yaz (Mandip Gil)  struggled with depression in her past. A flashback about running away is a stand-in for a suicide story, palpable for the show’s younger audience. Meanwhile, Ryan’s (Tosin Cole) friend Tibo has nightmares that draw the attention of the episode’s villain, Zellin (Ian Gelder). The nightmares are not caused by him; the show makes a point to show Tibo needs a support group to continue to deal with his issues once the TARDIS has gone.

We even see a moment where the Doctor herself isn’t able to magically disappear a problem when Graham (Bradley Walsh) confesses his anxiety about his health. She actually can’t handle it at all. Her reaction is one of the most simultaneously alien and human moments Whittaker has had in her run as the Doctor.

The episode does excellent work to make sure that the science fiction elements all also work as extended metaphors and allegories for the issues at hand. The villains, Zellin and his partner Rakaya (Claire-Hope Ashitey), are immortals, eldritch beings from beyond the scale of our own universe. They literally cannot be destroyed or killed, only contained. They don’t create the symptoms upon which they feed; instead they only cultivate them, draw power from them to become stronger. 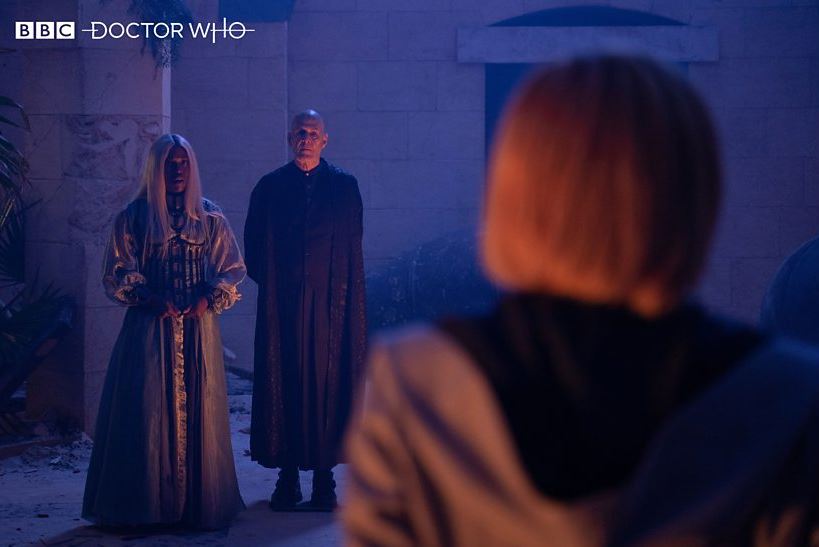 Meanwhile, Tahira (Aruhan Galieva), whom we meet in an ancient Aleppo hospital, faces physical manifestations of her nightmares as a result of the pair. These creatures don’t exist, according to the Doctor. However, despite coming entirely from her head, the threat they represent to her and the people she cares about is very real. Her turning the creatures against her tormentors feels very much like someone taking some control back of their brain. Control after a particularly rough struggle with a down cycle and getting much needed medical care.

We should commend episode writer Charlene James and current showrunner Chris Chibnall for taking the episode’s issues seriously. They even worked alongside the UK’s mental health advocacy group, Mind, and their media advisory service to ensure that the episode’s script avoided common stigmas and risky failures in misrepresenting the issues. They also worked with the actors to make sure they understood the complex things their characters were struggling with internally. 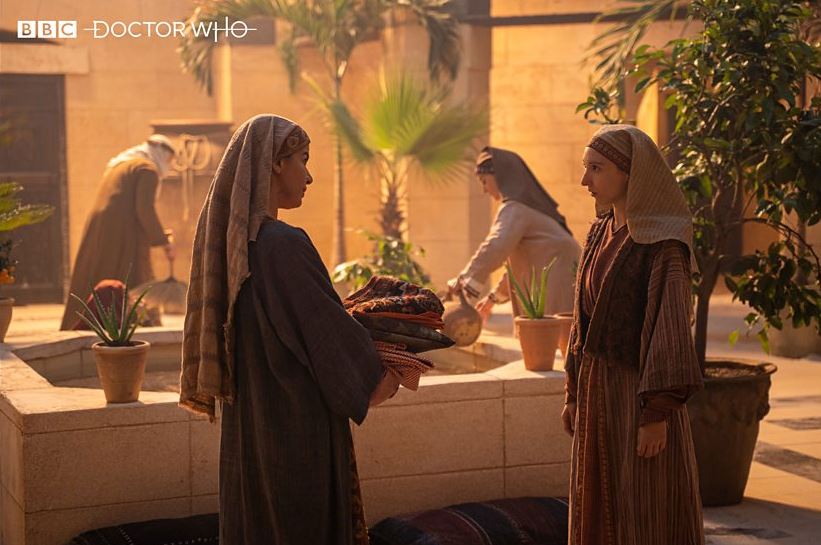 “Done badly, a mental health storyline will these days attract a ferocious backlash from an increasingly vocal public that cares about how the issues are portrayed. But done well, it has the power to give a voice to the one in four of us who experience a mental health problem every year, make us feel less alone, and encourage people to seek support for the first time.” – Jenni Regan, Mind.

“Can You Hear Me”, like “It Takes You Away,” is a welcome departure from the standard (and also very welcome) story we expect from Doctor Who. While we wouldn’t want these stories to become all that the show is, they help to enrich the palette from which the long-running series can paint in order to continue to innovate. If that same care is applied to episodes featuring other issues that plague our society, maybe we can look forward to some plots that are a little more “Enemy of the World” and a little less “Orphan 55.”