DMs: Use These Treacherous Traps to Protect Your Precious Treasures

Traps are an important part of the  Dungeons & Dragons experience. Nearly every group has story about a memorable brush with a trap. It might be about the time when a trap killed (or nearly killed) everyone when it went off. It might be how the adventurers defeated the trap in an unusual way. It might be how they turned the trap into an asset by luring some bad guys to set it off. Good traps offer a chance for players to think about a solution that doesn’t involve good tactics or using abilities to smite enemies. Good dungeon masters are always on the hunt for inspiration, and Nord Games is here to help create deadly traps that will get the players thinking, solving and possibly even running away. They are currently Kickstarting  Treacherous Traps for 5th edition! 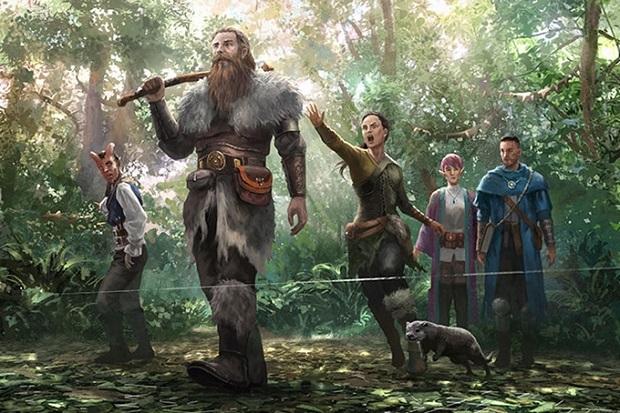 The main draw of Treacherous Traps is the book that focuses on how to create great traps that will engage players and challenge them to think their way out of a problem rather than smash. The main body of the books breaks down over 250 traps by challenge levels. There’s a spread of trap types like the classic pit all the way up to magical traps that might summon eldritch energies for another plane. If that isn’t enough, there’s a trap generator that mixes triggers with trap effects to really throw some danger at the players. This generator is co-authored by legendary Dungeons & Dragons writer Steve Winter, who has thrown in some strange elements on both sides for unique combinations that will inspire dungeon masters and challenge players.

The Kickstarter also offers much of the information in Treacherous Traps in a format that’s easier to use at the table: decks. Players love to wander off the beaten path, even inside an ancient dungeon, and a draw of a card or two from one of the traps decks is a great way to put a problem in front of the heroes that gives the dungeon master time to revise their storyline (or put everyone back on track to the main focus of the story). The best part? The decks have all the information necessary to use the trap without needing to refer back to the book. 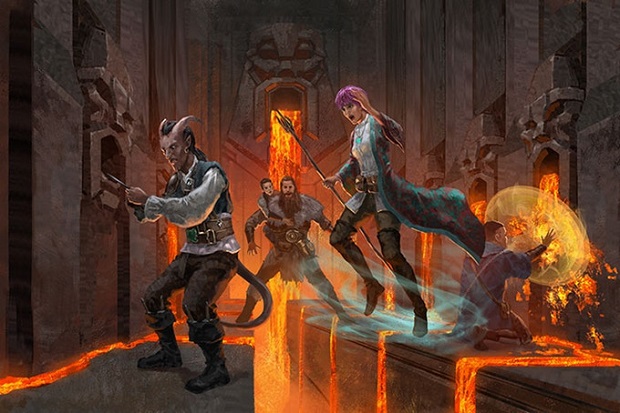 As of this writing, the Kickstarter has raised $65,000 over an initial $5,000 total. The stretch goals already unlocked have added some excellent additions to the book, such as advice on creating puzzles, how to construct good riddles and how to use secrets to add intrigue to any D&D game. Backing the Kickstarter will help unlock things to make the book more useful. Trap schematics help Dungeon Masters visualize traps to describe them better to the players. Pre-made dungeons illustrate how to put together a deathtrap dungeon and also can help a DM out on those weeks where they have little time to plan for game night. There’s also player facing content to be unlocked such as a Trapsmith profession, how to build their own traps and how to loot defeated traps for cool stuff.

Treacherous Traps’ Kickstarter ends on January 22nd. The books and decks are on track for an August delivery and backers are going to get their hands on these devious ways first. Dungeon masters looking to spice up their encounters and get their players looking for a great trap encounter story should look no further!

What is your favorite trap encounter? Let us know in the comments!

This article is sponsored by Nord Games.