There’s no member of the Mighty Nein better suited for a Halloween homage than Caduceus Clay, grave cleric in service of The Wildmother who first meets the hapless heroes in a spooky graveyard. (But he might argue that his lichen-covered house isn’t spooky at all.) Clay calls the Blooming Grove–also known as the Bone Orchard–and its gravestones home. 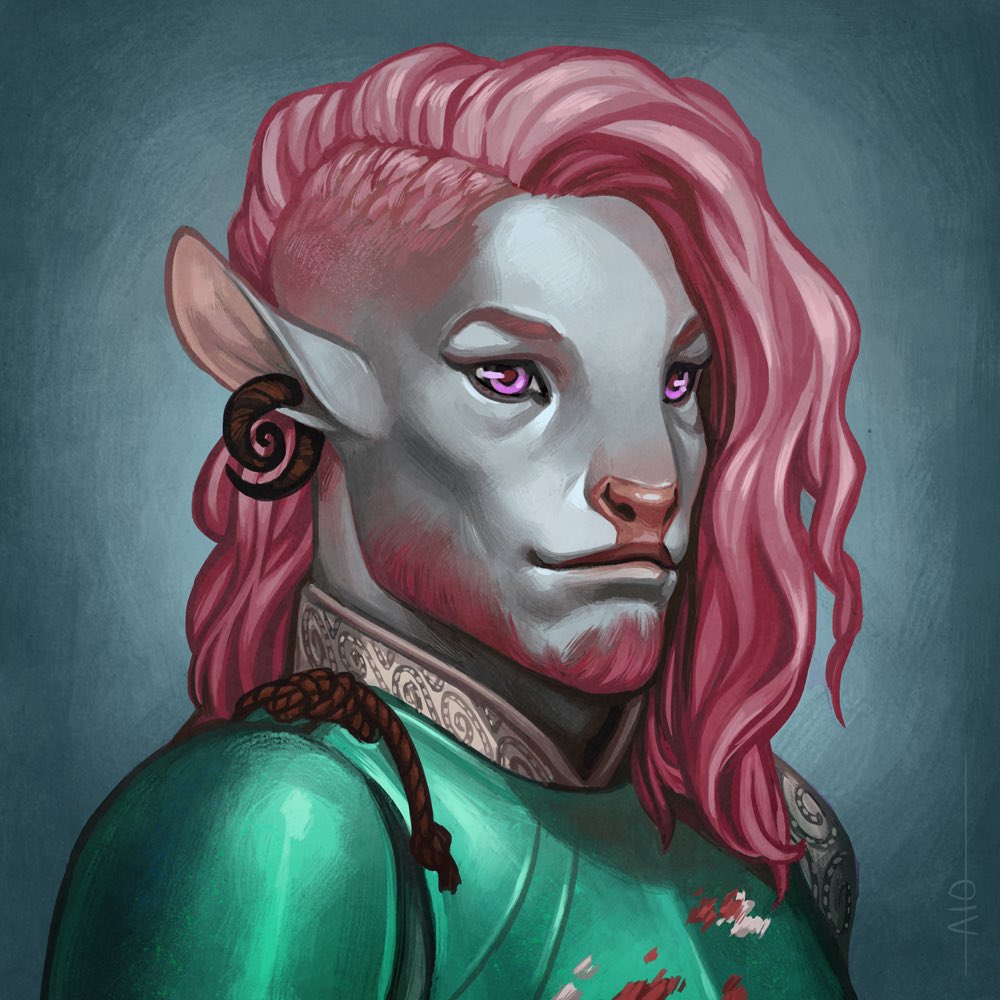 “From what you know, [the Blooming Grove] is this strange, ancient gravesite that’s been on the outskirts of town, a few miles out, since before the town was built,” Matt Mercer described.

Reap a pumpkin that looks straight out of the Blooming Grove with just a craft pumpkin, plastic succulents, and of course, lichen as green as the foliage that covers Caduceus’ temple home.

Begin by spray painting some or all of the succulents grey. You can paint the others black or pink, if desired, or add either color as accents once dry. You can also sprinkle pink glitter on any wet paint. Let all paint dry. 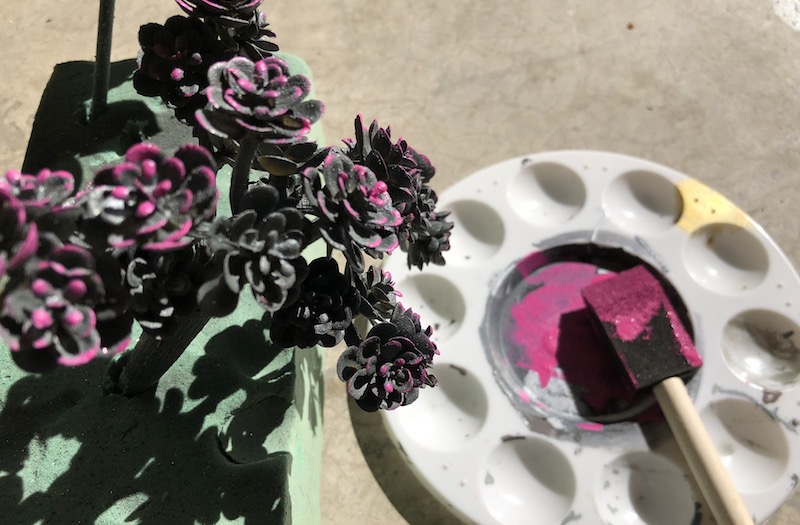 Remove the top part of the pumpkin by carving a small circle around the stem. Use the black paint on the carved edges and let dry. 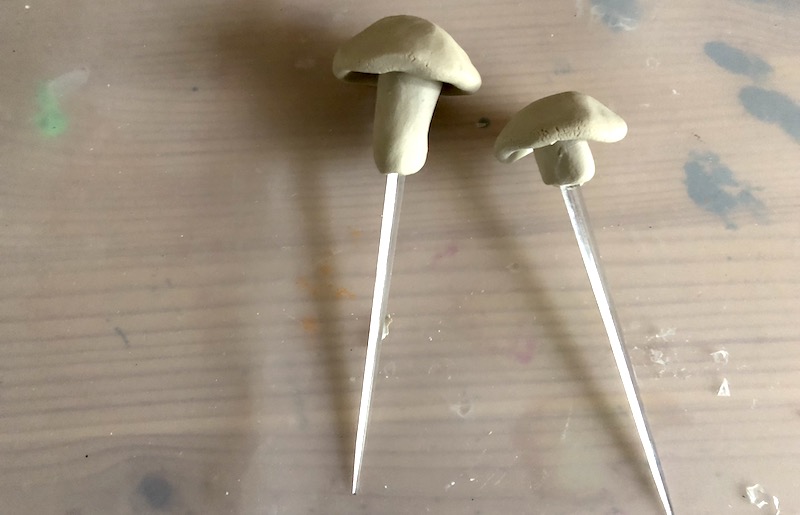 Shape the air-dry clay into mushrooms, pushing the toothpick into the stems before the clay is dry. Let the clay dry, preferably overnight, and then paint them as desired.

Cut the floral foam to fit and slide it into the pumpkin. 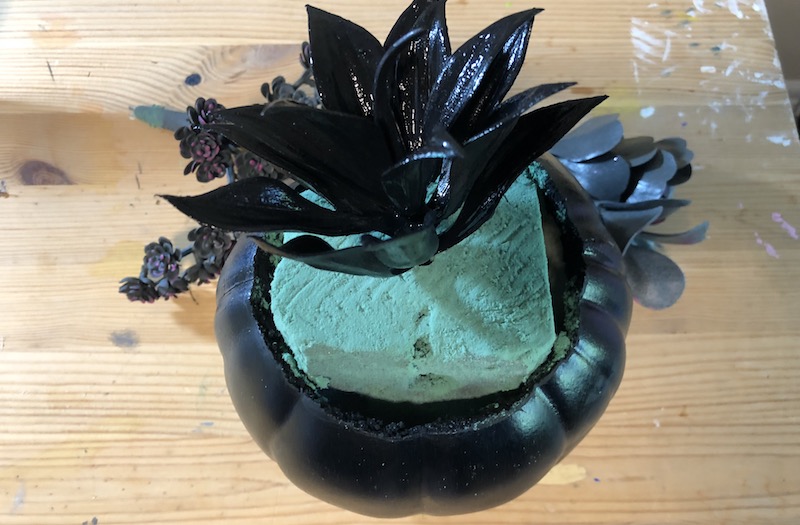 Begin by adding the succulents first, and then the clay mushrooms and Halloween greenery. Fill in any empty spots where the floral foam shows through with the preserved green moss. 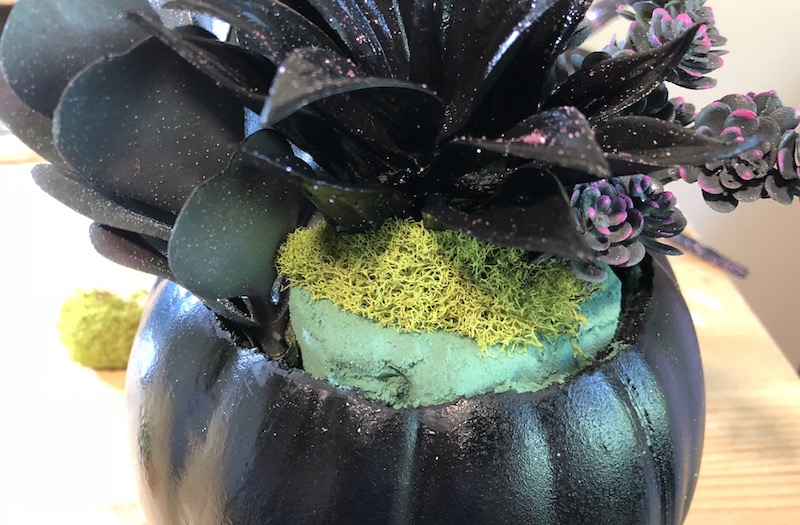 Once all plants and greenery are added, your Caduceus-inspired pumpkin is complete! 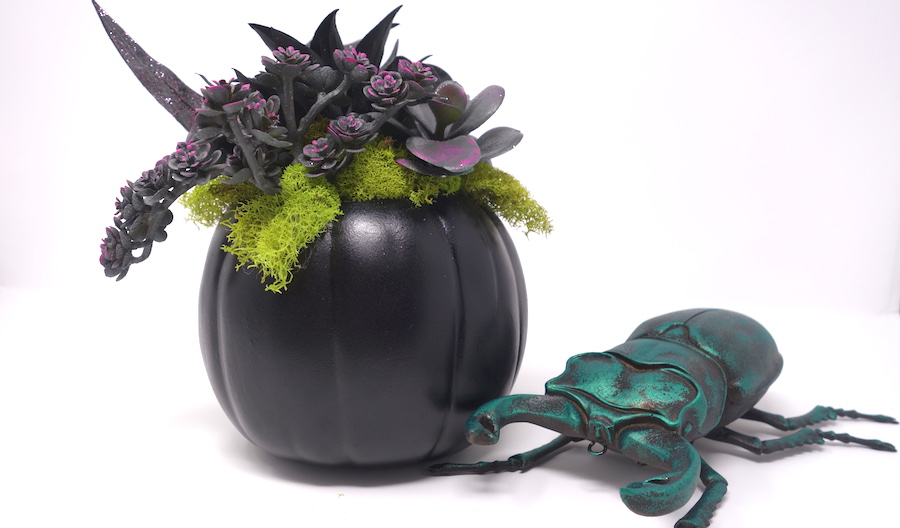