Dive Into The Depths of your Imagination In Changeling: The Dreaming - Nerdist

Dive Into The Depths of your Imagination In Changeling: The Dreaming

Remember how foolish you felt when you played tag as a child? Remember thinking about how stupid you must look as you ran around the playground like a wild animal, feeling the judgement of others crashing down upon you like cold iron? Of course you don’t. It didn’t happen.

There was no anxiety, no self-judgement. You were too busy breathlessly laughing to care how about you looked! TAG! YOU’RE IT! If you can remember those moments, then you already have a basic understanding of Changeling: The Dreaming, the enchanting and at times, frightening, tabletop RPG by White Wolf Studios (now published by The Onyx Path).

Originally released in 1995 (long before Once Upon a Time or True Blood) as part of the Old World of Darkness setting, Changeling never achieved the commercial success the others in White Wolf’s line-up did. However, it was responsible for enchanting a loyal fanbase that has refused to watch this dazzling and tragic game vanish into the amnemonic haze of the Mists. This is evidenced by the stunning success Changeling’s 20th Anniversary Edition Kickstarter Campaign, which beat its goal of $50,000 in just 67 minutes and raised over $380,000 by the campaign’s end. Not bad for a game that’s been out of print for 17 years (thank goodness they’re all available on DriveThru RPG)! This is a game that became deeply personal to me and is beloved by those who understood the urgency of Changeling’s message. It will challenge a gaming group to return to those days when no one cared how foolish they looked or sounded. They just played. 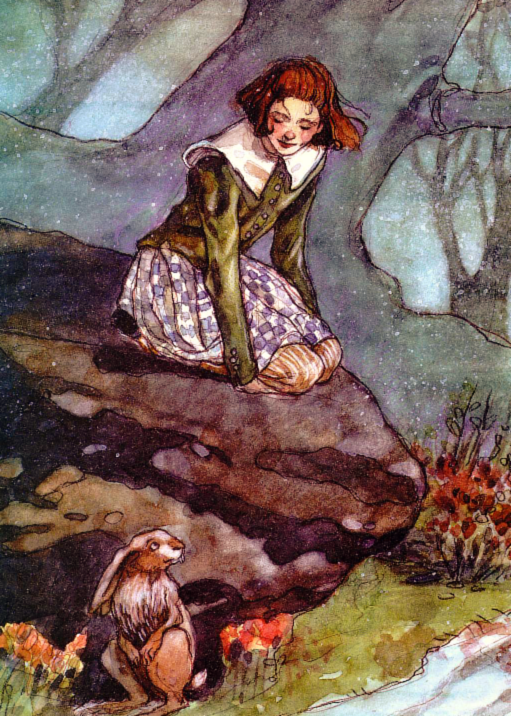 Changeling was a game setting that was often dismissed as “childish”, despite its dark tones and adult themes. How bitter sweet and ironic, that a game which invites players to celebrate their love of play is dismissed on the grounds of being playful. But perhaps that is the best example of Changeling’s heart breaking genius: its brilliant self-awareness and acknowledgement of our grown-up selves, floundering in cynicism. Drawing from Gaelic legend and more modern tales, such as Jim Henson’s Labyrinth, Changeling is as varied and awe inspiring as any whimsical dream or teeth clenching nightmare. Its central theme is preserving the vibrancy and power of our inner child amidst the onslaught of Banality: the vapid, soul crushing force of mediocrity that envelopes human’s as they grow into adulthood and leave their dreams behind. As Changelings, players are magical beings that exist with one foot in the world of breathtaking fantasy and one in the dull, doleful “real” world.

At stake is the very soul of humanity and as a Changeling, you represent mankind’s last chance to reclaim what it has lost over the ages more of us began to stop believing in the “impossible.” All of this takes place on the backdrop of a Game of Thrones-style power struggle between Noble Changeling Houses and the Commoners they once abandoned. And that’s barely scratching the surface. Like the other settings of the Old World of Darkness, Changeling abandons the concept of “class” and instead adopts a type. Players choose between different kinds of Changeling souls, or Kith, which is similar in some ways as to picking a Clan in Vampire or a Tribe in Werewolf.

“Eshu, show us the way to suburbia…”

Boggans – The Changelings who value hearth and home. “Busy bodies” who are clearly inspired by Hobbits and just as rich for their potential to break expectation and stereotype.

Eshu – The storytellers and travelers, as mysterious and exotic as they are wise. Flavored after stories found in the beloved tales of The Arabian Nights.

Nockers -Brilliant Artists and Crafters with serious attitude problems. Prone to insane, improbable inventions as well as cussing their brains out.

Pooka – Shape-shifting, Pranksters, mischievous and whimsical. Pooka embody the innocence and playfulness of Changelings, as well as the irritating and impish side.

Redcaps – As the core book puts it, “Redcaps are the stuff of nightmares,” for the player who wants to scare the hell out of their foes and then possibly eat them. If Guillermo del Toro made a Changeling kith, it would be these guys.

Satyrs – Satyrs are wild and irreverent, reveling in raw, unchecked desire and full blown debauchery. They relish Passion above all things, from unbridled lust to the thrill of combat.

Sidhe – (Pronounced “Shee”) Ethereal, regal, noble… drop dead pretty. Sidhe are the lords and ladies, but also the most tragic of the Changelings.

Sluagh – Winona Ryder in Beetlejuice immediately comes to mind. Creepy as hell. I like to call them the “Tim Burton” Changelings. Soft spoken beings who hoard secrets.

Trolls – Not what you might think. Think… Thor. But big, blue, with horns, an unshakable
sense of duty, honor and loyalty. Not the ugly twisted kind you might be used to seeing!

I strongly recommend this game to gaming groups who have the guts to be emotionally moved, genuinely spooked and just plain silly at the gaming table. The game worlds published by White Wolf Studios were never just dice-rolling, stat-crunching tabletop RPG’s. Their themes crept into the realm of social commentary and through the experience of gaming, invoked cautionary tales for our actual lives. As an artist and a gamer, Changeling: The Dreaming is, in my opinion, the most beautiful and perhaps the most important RPG ever created. On top of being a terrifically fun, modern fantasy horror game that offers easy to learn mechanics and rich adventure, it also whispers to us, a profound reminder of what we have to lose when we cease to dream.

In our real world where online trolling makes the aspiring webcomic walk away from her vision or where cynicism creeps in and becomes the puppeteer of even the most spirited dreamer, could there be a more important message than the one Changeling: The Dreaming delivers?


Never stop. No matter what.

Are you or were you a Changeling? Seelie or Unseelie? What Kith did you play? Represent! Let us know in the comments!