Everybody’s had a Disney song stuck in their head at one time or another. Painfully unable to let it go(!) from their mind. Now musician, singer, and music producer Jonathan Young has made covers of the saccharine earworms that are more palatable for adults. And the array of thrashing tracks is so metal it could form a Quintillion-dollar asteroid.

Digg picked up on Young’s covers, which have gone viral on various social media platforms. For those unfamiliar, Young has an audience of nearly two million people on YouTube and is known for his heavy metal songs. The talented musician has previously, for example, made pirate metal, Viking metal, and even zombie metal tracks.

In the videos above and below, Young lets his vocals rip, laying down covers of “Under the Sea” from The Little Mermaid, “Shiny” from Moana, and “Let It Go” from Frozen. These are only a small sampling of Young’s Disney covers, however. The rocker has also offered his take on other popular toon tracks like “Hellfire” from The Hunchback of Notre Dame. And “Poor Unfortunate Souls” from The Little Mermaid. (Young seems to have a penchant for the latter classic film, which we don’t mind.)

Obviously, many fans will prefer the originals over these covers, but that’s beside the point here. What’s key is the blend of disparate musical worlds clashing, and making a new genre, that can expand our horizons. And probably Disney’s revenue streams if the company’s adventurous enough. 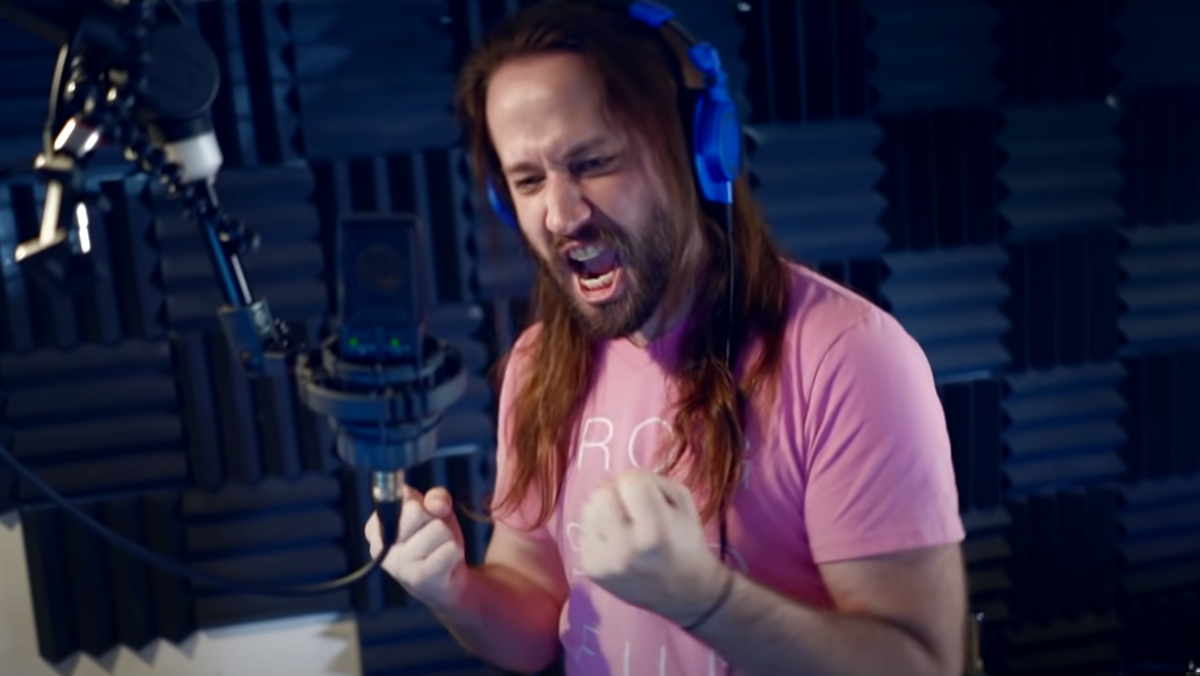 Along with the various thematic covers, Young also writes and performs original music. His album, Starship Velociraptor, is available on all the music streaming services now, and it’s fantastic. In fact, we think it’d be a great basis for a new Disney movie. Because it’s the circle…the circle of intellectual property!