We here at Nerdist are fans of the amazing work of artist Astor Alexander, who likes putting pop culture properties likeÂ  Dragon Ball Z and The WitcherÂ through the noir/pulp filter. He may have outdone himself this time with his latest mash-up of Disney princesses with the kind of down-and-dirty detective tales Walt wouldn’t have allowed near his G-rated empire. 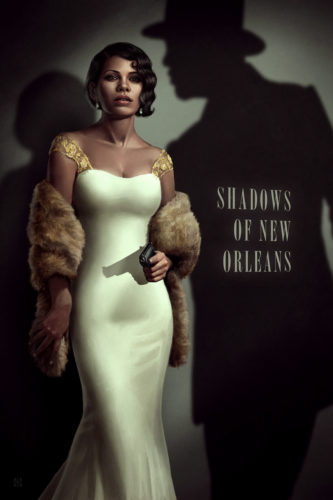 “My subconscious is playing with ideas all the day,” Alexander told us. “BUT!â€”I can say that when I asked myself, ‘What can I do with Cinderella?’, I thought of the scene in the opera house from Mission Impossible: Rogue Nation, when the MI6 agent [Rebecca Ferguson] gets in sniper position. Remember that? Btw, Rebecca Ferguson plays a BADASS femme fatale.” 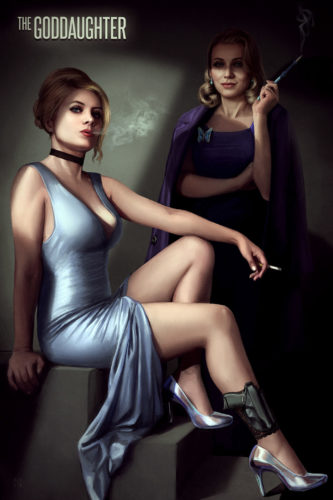 But who would be the most fatale of all the femmes? “Wellâ€¦” he said, “ Mulan is a trained warrior, so thatâ€™ll make her pretty ‘fatale’…” 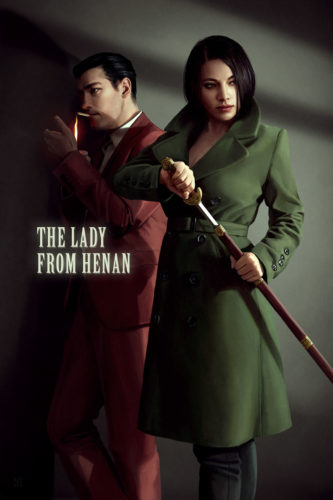 Then again, he added, “My version of Snow White is a crime boss; In my noir universe, sheâ€™s the most dangerous.” 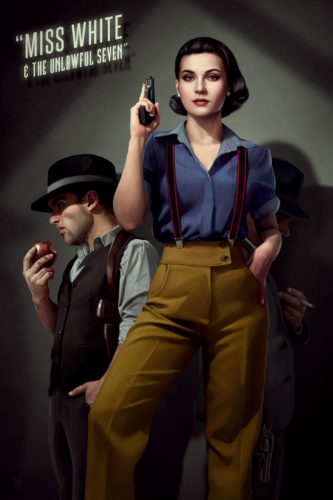 And yet neither is his favorite Disney princess, for that honor go goes to Jasmine. “Honestly, the only Disney Classics I remember liking as a kid were Aladdin and Peter Pan,” Alexander admitted. 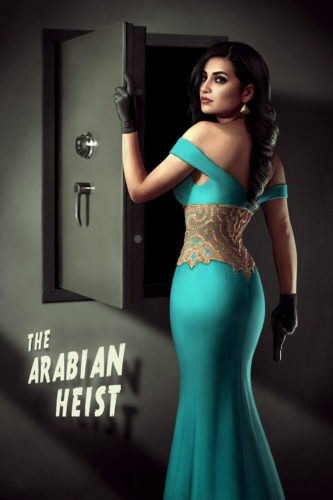 As to why he likes the noir style so much, it’s all about the aesthetic. “I guess it would work on almost anything as a poster; donâ€™t know if itâ€™ll work as a story.Â The Noir Princesses would totally work as a Cinematic Universe, thoughâ€”Disney, call me.” 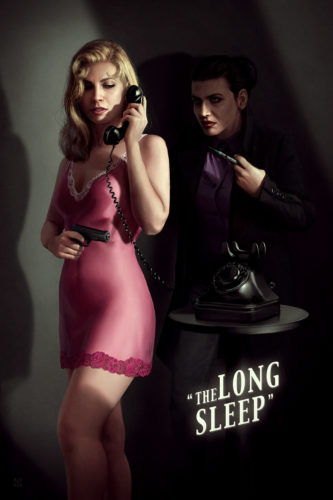 You can order prints of all the Noir Princesses at Society6 in a variety of sizes, from 7-by-10 inches to 28-by-40. 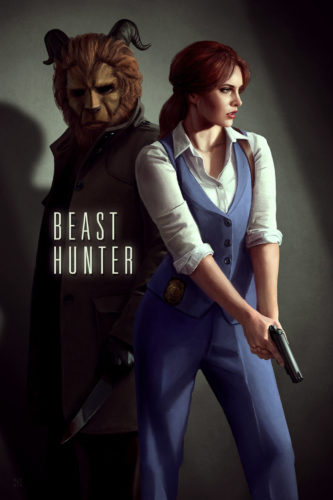 Which of these hard-boiled heiresses do you think would be the toughest to mess with? When Mickey Mouse meets Mickey Spillane, which influence prevails? Don’t be a wiseguyâ€”spill your thoughts in comments!