Disney Reveals New Info About Their Mickey and Minnie Ride

We’re die-hard Disney Parks fans here, so we keep our eyes and ears out for all the news about any changes at the parks. Of course, most of the big, recent reveals have been about Star Wars:Â Galaxy’s Edge, but other cool details came out ofÂ Disney‘s recent Destination D, an event from their official fan club D23. Those details include more information about the Mickey & Minnie’s Runaway Railway attraction.As the event happened during the 90th birthdays of Mickey and Minnie Mouse, the update was all too appropriate.Â Imagineer Kevin Rafferty and Senior Creator Producer/Manager Charita Charter appeared on theÂ â€œCatching Up with Mickey & Minnieâ€™s Runaway Railway” panel and shared some info on the new ride. 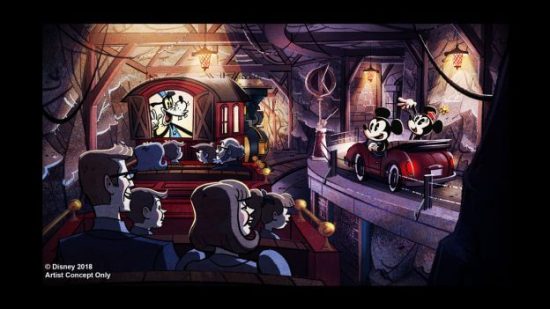 Disney’s official description of the attraction coming to Disney’s Hollywood Studios at the Walt Disney World Resort sounds pretty wonderful: “Mickey & Minnieâ€™s Runaway Railway will put you inside the wacky and unpredictable world of a Mickey Mouse Cartoon Short where youâ€™re the star and anything can happen. A zany, out-of-control adventure filled with surprising twists and turns.” 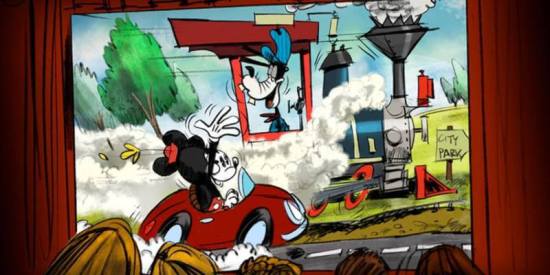 According to Inside the Magic,Â the creative team talked extensively about the score withÂ Rafferty revealing the complex process was recently undertaken. â€œA couple of months ago we created the score in Hollywood, California with a 65-piece orchestra,â€Â The composer of the score was also the mind behind the music ofÂ Disney’s Mickey Mouse shorts. â€œChris Willis is a big Disney Parks fan and jumped at the opportunity to be a part of it,â€ the Imagineer explained. And one of the most exciting parts of the panel was the pair revealing they had some of the props thatÂ original head of the Disney Sound Effects department Jimmy Macdonald used to create sounds, such as the whistle used in “Steamboat Willie.” They’ll be using those props to design sounds for the upcoming ride.Has this piqued your interest in the new ride? Just excited for another Disney driving ride? Do you still miss The Great Hollywood Ride? Let us know below!