Whether you’re chucking dice in a leisurely game of backgammon or rolling for initiative before an intense D&D showdown, dice drive the action in the games we play. Not all dice are created equal, though.

Today’s designers have found creative ways to use dice within their games. From building sculptures to defusing bombs, there’s nothing that dice can’t replicate on the modern tabletop. Here are three recent games that use dice in ways that go beyond just reading the pips. 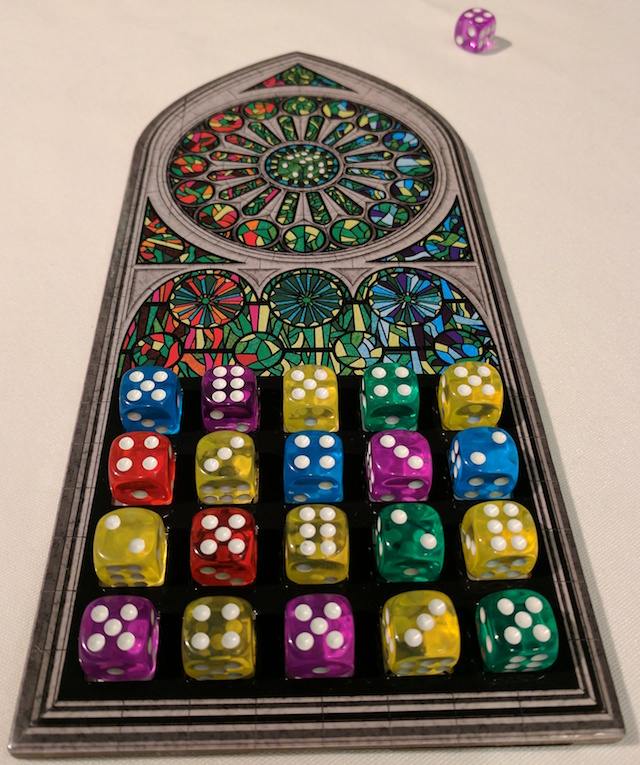 You’ll use multi-colored dice to create your stained glass window masterpiece in Sagrada. On your turn, you’ll draft dice randomly from a bag and use them to fill a 5×5 grid in your frame. After you select one for your frame, the next player chooses from the remaining dice, until all dice have been used for the round.

The adjacency rules determine where dice will fit in each player’s window. Dice of the same color can never be placed next to each other. If you get stuck, there are special rule-breaking cards that can be used, but at a price.

After all, dice have been used, you’ll score based on community goals as well as your secret scoring goal. The puzzle-like gameplay, gorgeous end product, and replayability make Sagrada a worthwhile game for newbies and hobbyists alike.

If you’ve ever wanted to own your own modern art museum, then Cubist will fulfill your wildest dreams. You’ll use six-sided dice as your building materials to assemble art installations and sculptures in your museum. Even for the artistically challenged, you’ll be able to create modern exhibit-ready pieces.

On your turn, you’ll roll two dice and try to use them in a sculpture or installation, which are depicted in several randomly chosen cards. Dice must be one less or greater than an adjacent die be placed next to each other. They must be the same value to be placed on top of another.

This isn’t a slow-paced walk down Artville, however. Your opponents are trying to complete the same pieces as you are and you’ll have to make some tough decisions on when to give up on a project and move on to another, possibly less lucrative, piece.

If the dice aren’t rolling your way, there are cards that allow you to mitigate that bad luck. In the end, the player who uses their dice the most efficiently will be crowned the master artist of Cubist. 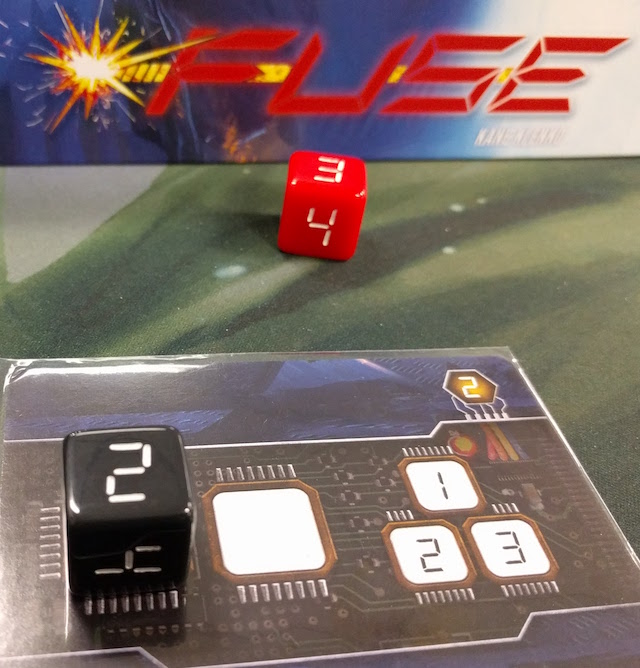 Alien intruders have infiltrated your spaceship and placed bombs everywhere, threatening to blow everything to bits in exactly 10 minutes. Can you and your team defuse the bombs before total annihilation? Or will you all become space dust?

FUSE is a real-time, dice-rolling cooperative game of survival and it always elicits a positive response among my gaming and non-gaming friends. Easy to learn, but difficult to master, FUSE challenges players to work together quickly to defuse bombs before time runs out.

Each bomb card must be solved using the dice rolled: a card may specify certain colors or values on each die. This is where the brilliance of FUSE lies: for each bomb’s solution, you’re not only using the colors and values of the dice, but also sums and shapes. Yes, some cards require you to place dice that total a certain amount or build a tower or pyramid of specific color and/or numerical combinations.

On your turn you’ll pull random dice from a bag and roll them. It’s up to you and your team to decide who uses what die on their bombs. If you can complete a bomb, then it gets discarded into the completed section and you’re one step closer to avoiding the game-end explosion. However, if dice are unused, you’ll have to re-roll them and take dice off your bombs.

FUSE is, ahem, a blast, and nobody ever just plays a single game. You can use any timer for your 10-minute limit, but it’s best to play with the official game app, which features a hilariously snarky robot.

What is your favorite way to use dice in a game? Tell us in the comments!