DIE HARD Is Getting Its First Official Board Game - Nerdist

DIE HARD Is Getting Its First Official Board Game

You had us at “Nakatomi Heist,” USAopoly.

The first official Die Hard board game,  Die Hard: The Nakatomi Heist Board Game, is coming to your friendly local game stores this spring. USAopoly announced the game as a one-vs-many experience—i.e., John McClane versus all the bad guys in the Los Angeles skyscraper—for two to four players ages 15 and up, according to the box art. Will the non-McClane players take on the roles of Hans Gruber and his cronies? If so, we call dibs on computer hacker Theo.

Now we’ve got a board game, HO-HO-HO. Die Hard: The Nakatomi Heist Board Game is Coming Soon! The OP is bringing you the first tabletop game based on the ’88 classic. https://t.co/PKU9zeKO41 #HappyBirthdayBruce #YKYMF #TheOP25 #DieHardBoardGame pic.twitter.com/Uh2iHuK4MQ

The prototype game box also lists the average playing time as 60-90 minutes, so it’s sure to be a suspenseful, action-packed game that has everyone racing to accomplish their goals and get out of the tower in one piece. For the baddies, that means making it out alive with loot in hand, and for McClane, he wants to save all the hostages. USAopoly promises callbacks to the classic action film for fans, from favorite scenes to beloved characters.

“We are developing a game that will deeply resonate with Die Hard enthusiasts, incorporating even the slightest details to create a rich and entertaining experience that properly pays tribute to arguably the greatest action movie of all time,” said Lead Designer Pat Marino in the game announcement. 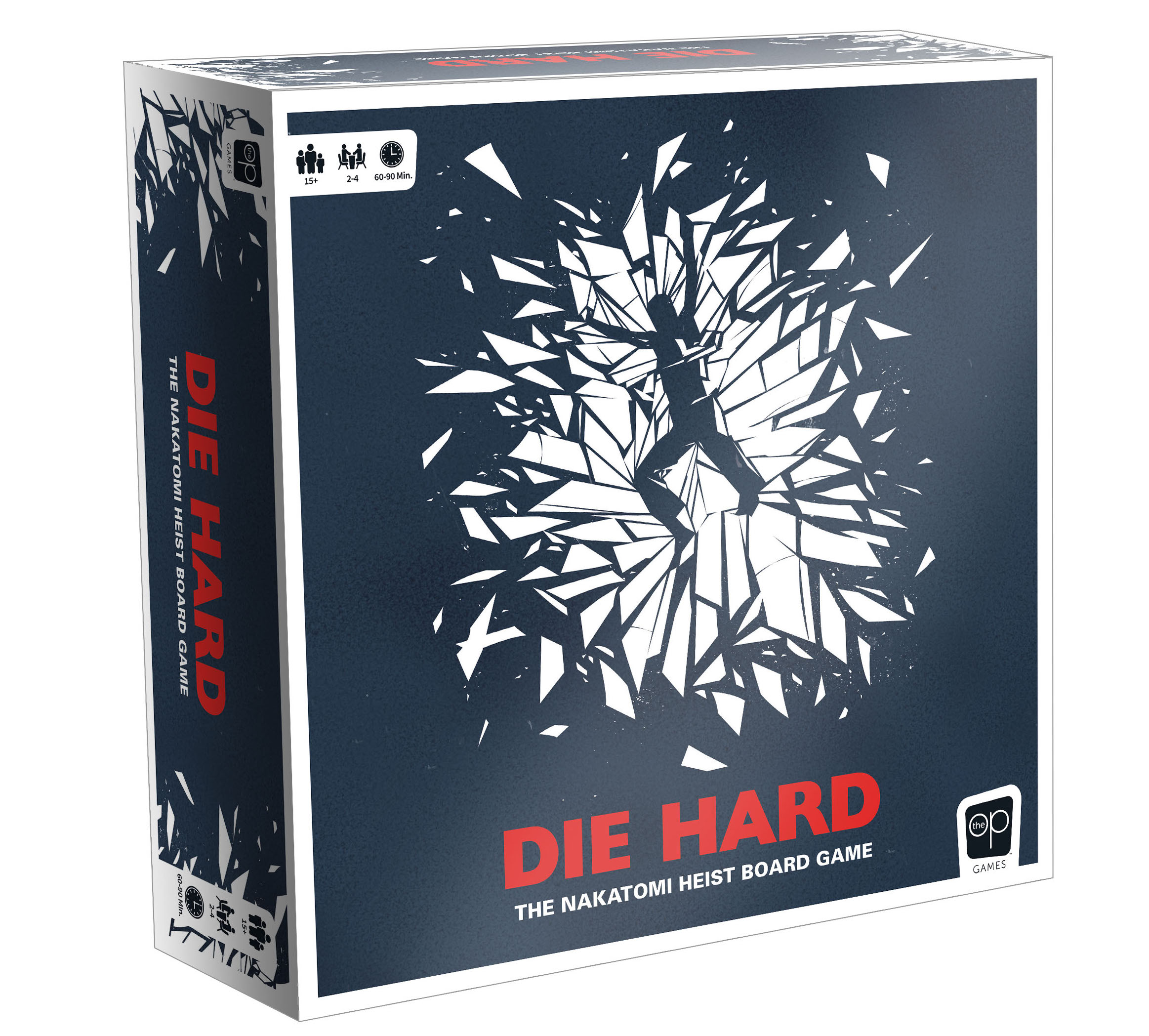 So start practicing your favorite Die Hard lines to yell during gameplay, like, “And the quarterback is toast!” (We told you that we like Theo.) You and your friends are certain to have a few laughs when you sit around the tabletop and bust out Die Hard: The Nakatomi Heist Board Game.