Dice Shaming: Because These Dice Can Seriously Go Straight To Hell - Nerdist

Dice Shaming: Because These Dice Can Seriously Go Straight To Hell

As gamers, we’ve all suffered the consequences of bad dice. Instead of simply taking especially horrible dice and putting it in a f*ck-off bag, as Wil has done in the past, some intrepid gamers have decided to turn their misery into mirth for the rest of the world. Dice shaming is a number of things; it provides catharsis, garners empathy from other gamers, and ensures an owner never forgets just how bad a particular die is.

Here are a few particularly enjoyable dice shames that we thought we’d compile and share with you: 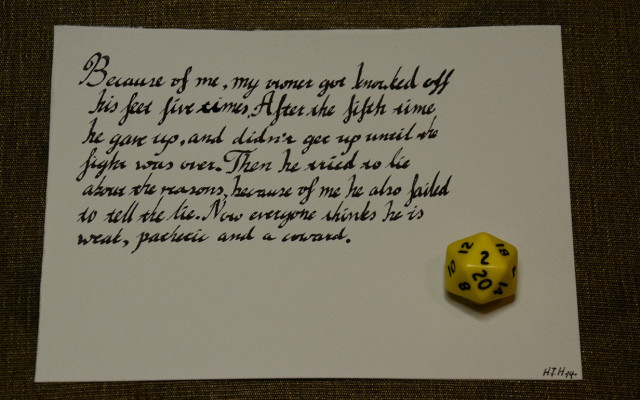 Clearly this dice can’t roll dexterity saves, acrobatic checks, or deception checks. Maybe the die is trying to tell you that you should have made a clumsy oaf character instead of a courageous ninja. 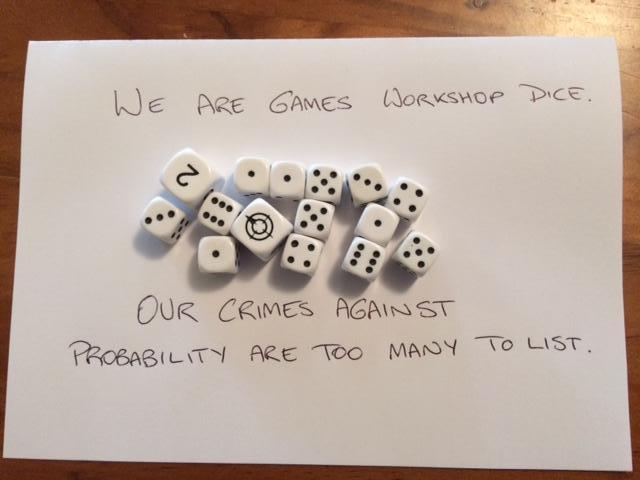 Anyone familiar with Games Workshop starter box dice is all too familiar with how often they roll improbably in both ways: far too many sixes when you’re shooting for a roll under seven, and far too many ones when threes or better are what you’re looking for. Experienced veterans know that these dice belong in the garbage rather than in a reserve dice bag. 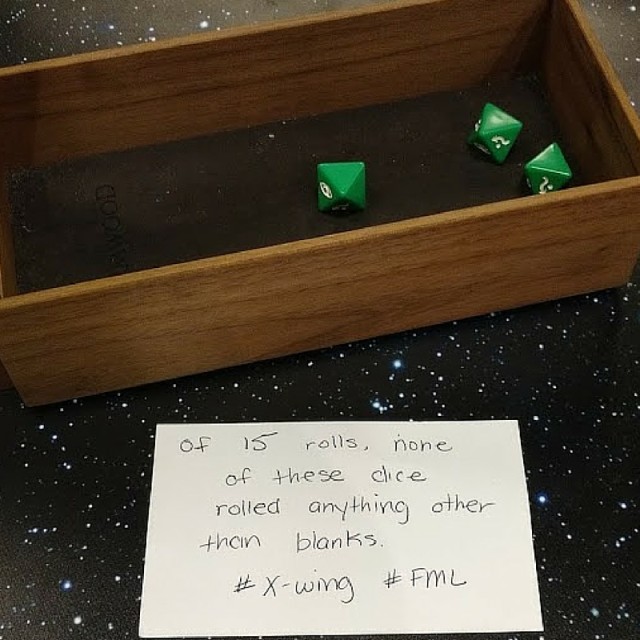 In the X-Wing Miniatures Game, players have the ability to modify dice, provided they roll something other than blanks.  Worse still, the green dice are defense dice, meaning that all damage went through and the ships are probably all dead. 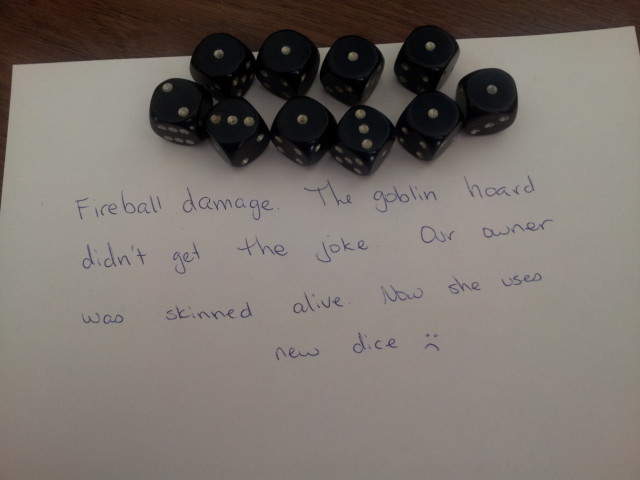 Improbable Games Workshop starter dice strike again, by the look of it. Our condolences for the flayed character. 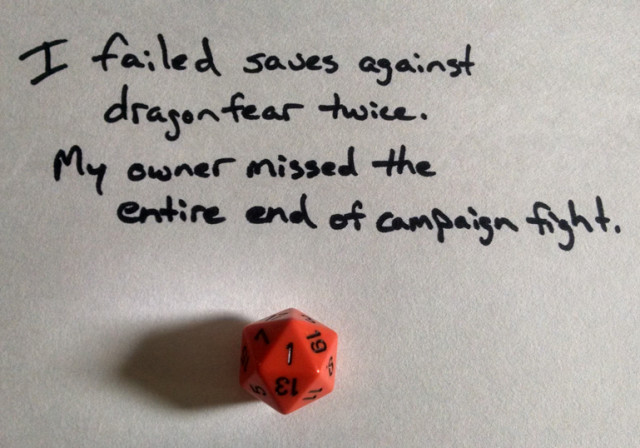 The unfortunate issue with dice is that there is no upper limit the number of critical fails a single die can roll. A D20 is deceptive because it lulls you into a false sense of security of thinking there are twenty possible outcomes, when the fact of the matter is that a single die can be so full of hate that it only rolls ones. The upside is that there might exist a die in the universe that rolls nothing but 20s, in case you need a happy thought for the day.

Want to take part in the dice shaming fun? Tell us about it in the comments, or better yet, shame your dice and share the photos with us on Facebook or Twitter to @geekandsundry and @thatterigirl using the hashtag #gsdiceshame!