DETENTION Is a Haunting Tale About the Horrors of Authoritarianism - Nerdist

DETENTION Is a Haunting Tale About the Horrors of Authoritarianism

Video game movies are hard to get right. In fact, there are plenty of arguments to say there has yet to be a great—or even good—video game adaptation. Well, until John Hsu’s entertaining and stylish period horror Detention, that is. Recently premiering at Nightstream Fest, the film is set in 1962 during Taiwan’s White Terror era, a Cold War driven rule of martial law and widespread brutal suppression of dissidents. This is a haunting horror flick centered around a nightmarish high school and a secret club that only reads banned books.

Despite being legitimately chilling, Hsu’s horror has an undoubtedly YA flair to it as two young students, Fang Ray-shin (Gingle Wang) and Wei Chung-ting (Tseng Ching-hua), hunt for their missing teacher—also their banned book club leader—who no one else seems to remember. But as the night wears on, they discover their school is nothing like they remember. It’s now a barren ghostly landscape, home to the figurative and literal ghosts of the past.

Horrors from the White Terror shaped the spirits here. Teachers ignoring the banned book club were tortured. Their unsettled spirits clearly hold that against the students, kidnapping those who dare speak out. As we learn through the film’s flashbacks, the government had an iron grip on the institution. They recognized waves of dissent beginning to surface within the walls of the school. Hsu does a good job of making the political oppression of authoritarianism the real ghost that haunts the school and the kids trying to survive it. As Fang Ray-shin and Wei Chung-ting attempt to find their old friends, they unravel a mystery that unfolds in an intriguing and, at points, near-abstract way. It’s constantly engaging. 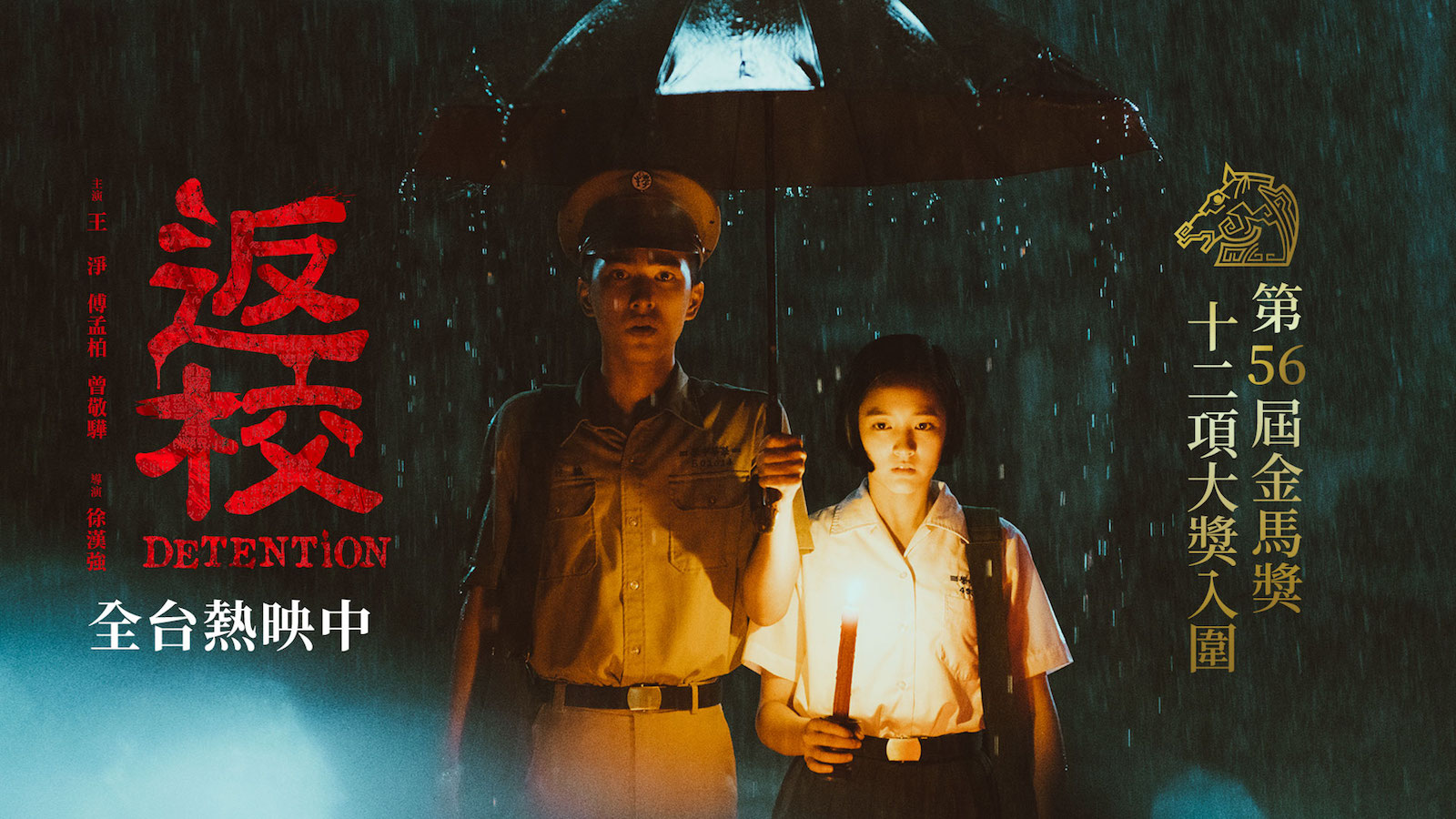 For its first act, Detention very much plays by the expected ghost story rules. Twisted human spirits, a secret that traps the protagonists, and a slow burn sort of loss that haunts every scene. But that all changes when Wei Chung-ting comes across a truly terrifying monster in the grounds of the school. In one of the film’s most memorable scenes, the monstrosity of the government’s actions becomes a literal beast to be defeated. Hsu uses the moment to throw us into a surreal and stylized battle for survival that becomes a far darker story when the reality of the kids’ situation comes to light.

That reveal was a slightly disappointing one for me as it plays into misogynist tropes of jealous women and hysterical young girls. Plus, it leans on one of the worst narrative choices in the movie: a relationship between a teacher and a student. But it’s hardly the first film to fall into that trap and Hsu still crafts something scary and entertaining.

Back to that student teacher relationship, though. Sadly, Detention doesn’t go with any kind of “this is bad and probably a reason why all this haunting is happening” explanation. Instead, the second segment of the film centers on a prolonged love story between the young, lonely, and neglected girl and her poetic dissident teacher. It’s grim and well told, and it fills out Fang Ray-shin’s backstory so that fits with her betrayal. However, who really needs more creepy teacher student romances? Especially when she has personal, familial reasons to endanger her classmates. That could have been more interesting to explore. 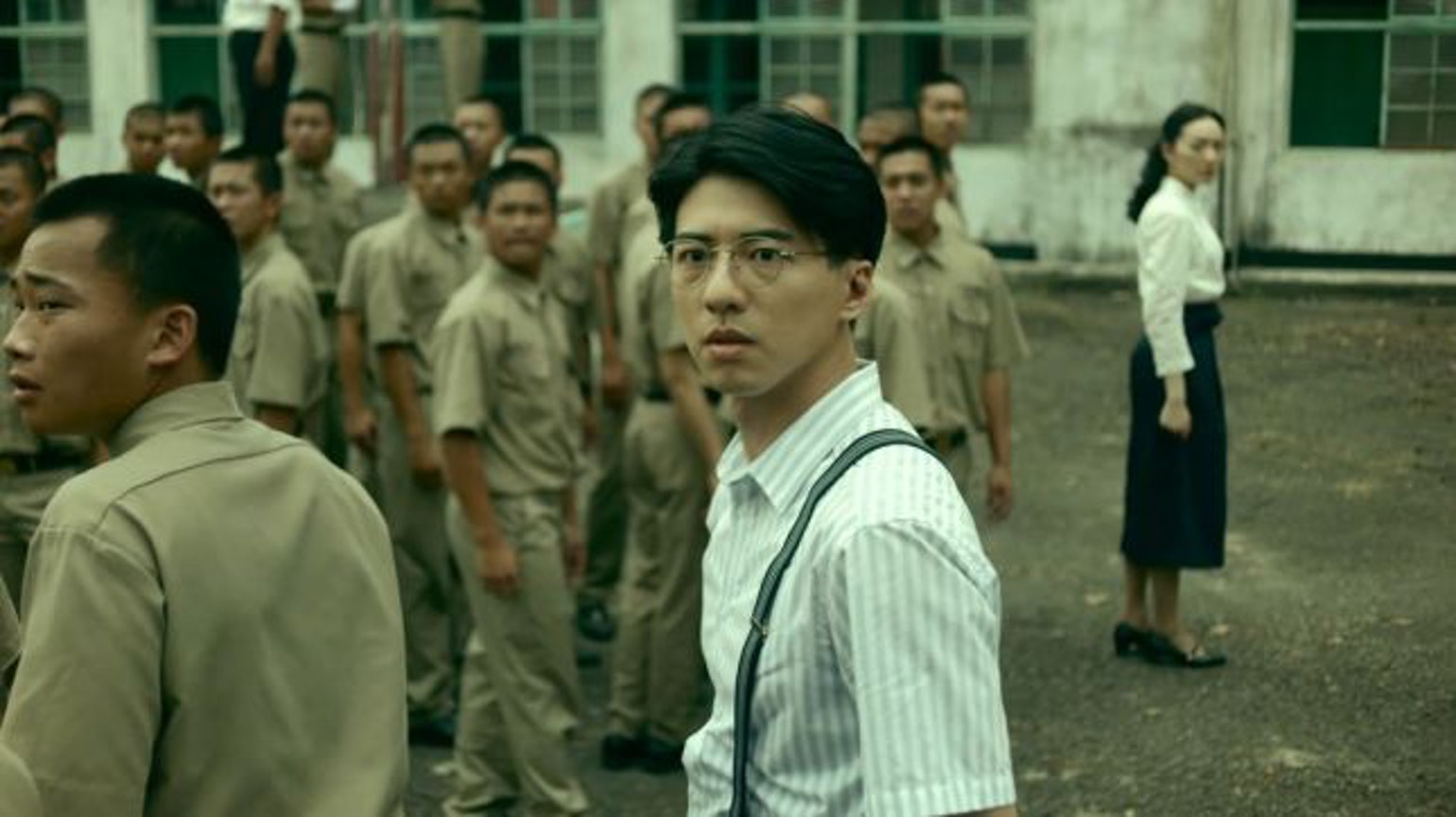 If that sort of thing doesn’t bother you, then it’s very easy to ignore. Even with that, I was still a big fan of this ultra creepy ghost story. Chou Yi-hsien‘s cinematography and Hsu’s direction create something visually inventive that shifts and twists as Detention reveals its secrets. Beautifully brutal creative choices and vibrantly horrible sequences bombard viewers in the third act. They will stay with you long after the credits roll.

At its best, Detention feels like a great throwback to the Tartan era of extreme Asian horror imports from the ’00s. When it really shines it feels like an exciting reinvention of iconic ghost stories that came before. Ironically, it also suffers from a plot line that feels like it comes from the ’00s with little to no consideration of the power dynamics at its center. That said, Detention is still worth a watch as Hsu creates a uniquely creepy ghost story with an anti-authoritarian political undercurrent that feels more timely than ever. It even offers a glimmer of hope.