In case you missed our overview of Lightseekers Trading Card Game and its incredibly rich lore, here’s the skinny: launched in 2016 as a Kickstarter project to create a video game and trading card game, Lightseekers  fulfilled on its big promises to its backers and is now continuing to grow, both with its welcoming community as well as expanding on the game they’ve produced. They’ve just recently released their 152 card expansion, Lightseekers Mythical, offering new 10-card boosters (with a guaranteed foil) as well as new cross-order Mythical Heroes. 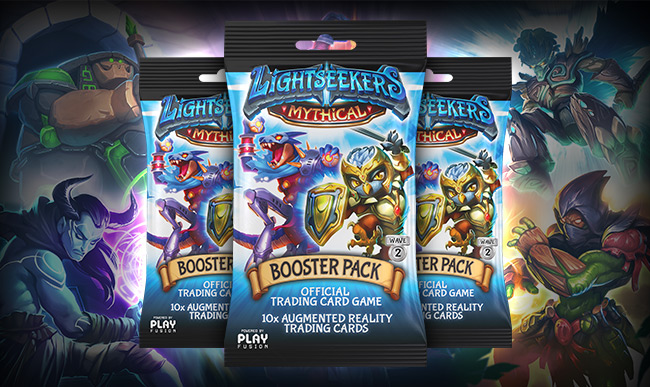 Just to recap: the world of Lightseekers is one whose richness makes the game feel like a familiar fantasy setting, but with novel twists that make it compelling and unique.  The immersive lore and accessible art is full of delight to gamers of all ages. The elements that make trading card games (TCGs) rich experiences are present in this game: deck customization that lets players create tactical approaches specific to their sensibilities and playstyle, the gleeful highs of blind boosters (and nabbing that foil that you’ve been hunting for), and the element of luck in gameplay that creates tension in the gaming experience.

The sensibilities of this game would appeal to people who play with family and friends across generations – from immersive augmented reality to expansive narrative lore, Lightseekers offers an experience that can be appreciated by gamers no matter their backgrounds or experience.

Moreover, the mechanics of the game are novel and refreshing in the landscape of trading card games, though compelling and familiar to board gamers.  Unlike other TCGs that fill decks with generic resource cards, each card in your deck is itself a resource and resource management happens in your hand.  Yes: that means boosters are full of gameplay-affecting cards, rather than basic generic resource cards. Players have two actions per turn wherein they can play a card or use an action on a card, meaning action economy mechanics are very much part of the game’s strategy, as Becca demonstrates in her How To Play video below.

The game boasts nine races each with a unique and compelling narrative: the strong and stalwart everok, the curious and inventive tyrax, the ruthless and power-hungry noxin, the nature-attuned oakthron,  the ancient and tribal yikoni, the fun-loving mari, the intelligent woodland creatures of the chimchu, the angry and innumerable kreebal, and the dark and cruel umbron. These nine races harness six different magical types of the game: Mountain, Storm, Dread, Tech, Natural and Astral. 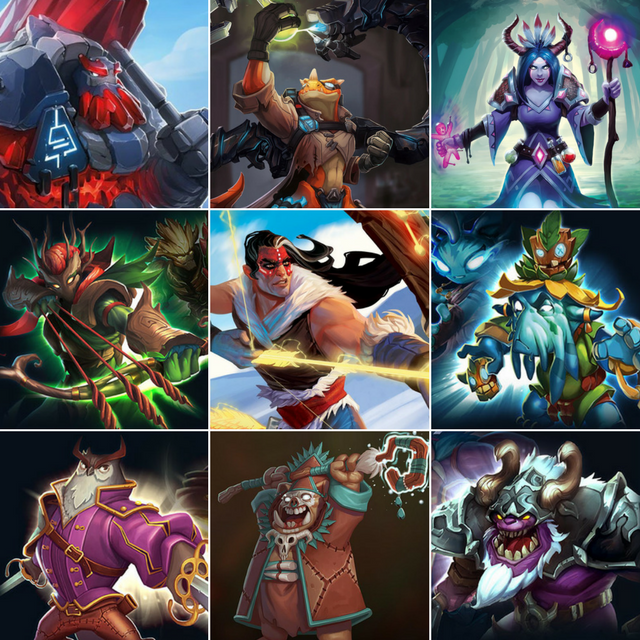 The new Mythical Expansion is growing that established universe and continues to cement Lightseekers‘ reputation for characterful art, rich lore, and deep strategic options. What’s more, new cross-order Mythical Heroes have joined the battle! Here are a few to give you a taste: 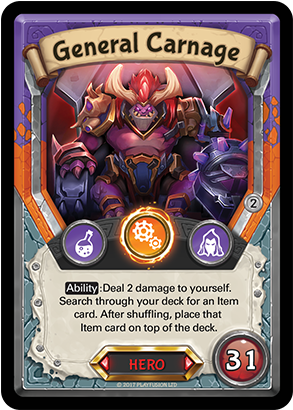 Leader and master tactician behind the umbron assault upon Tantos. After escaping from the rift, his damaged body was fused with prototype technology. Since being reforged, General Carnage has gained an intrinsic knowledge of mechanical workings, making him more deadly than ever before. 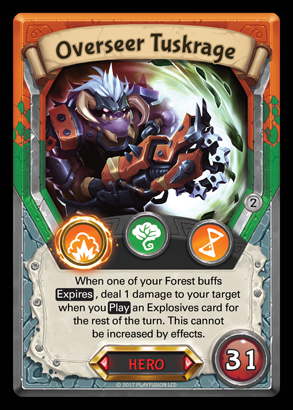 A merciless umbron with a passion for explosives. He currently leads a pack of like-minded soldiers in an assault on Ashwood Forest. Their aim is to destroy everything in their way and erect a new base for umbron attacks. 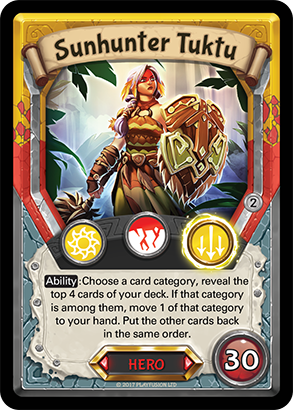 Once an oracle for the yikonan people. After her tribe came under attack, she swore vengeance against the umbron and began her year long pursuit. Time spent on the hunt has lead Tuktu to focus less on gazing towards the night sky and more on the world in front of her. 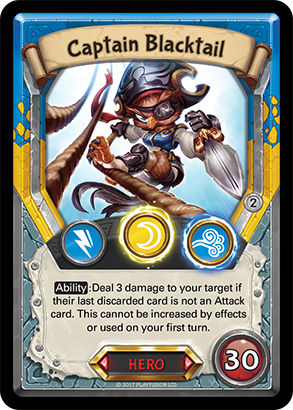 Some think her nothing more than a legend, while the few that have survived an encounter with this dangerous pirate know the truth. Captain Blacktail sails ‘The Nights Talon’ with unparalleled skill under the cover of darkness, confusing and disorientating her opposition. 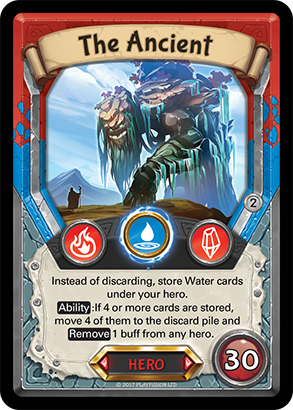 A gigantic construct of unimaginable age built from the hardest stone. Few know the truth behind The Ancient’s origin, only that it comes and goes silently in the night travelling the world through it’s great oceans ‘collecting’ those that it finds of interest. 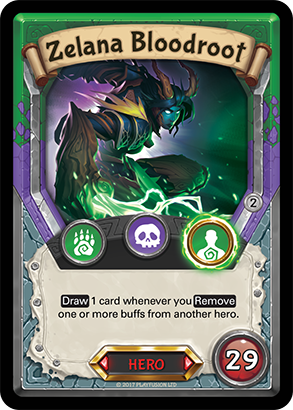 Neither noxin nor oakthorn, Zelana Bloodroot lives as a fusion of two great souls twisted and reformed into one body. Now Zelana Bloodroot must struggle to find its place in a world where the conflict between its two people is still a fresh wound for many.

In short, there’s lots for fans of Lightseekers to geek out to. For those new to the game, the release of the new expansion is the perfect time to jump in, start collecting and join the welcoming community of players online and local to you.

You can check out all 152 cards of the Mythical Expansion online, and learn about  Lightseekers Trading Card Game at www.lightseekers.cards. If you’re looking to join this awesome community of players, ask your friendly local gaming store for starter decks and boosters.