Jurassic Park is a classic for many reasons: Timeless dinosaur effects, stellar performances, an iconic score, and of course, Jeff Goldblum. But an overlooked and supremely important aspect of Jurassic Park is its commitment to practical, fashionable eyewear. So in honor of Jurassic Park’s 25th anniversary, we’re counting down the best glasses in Jurassic Park. 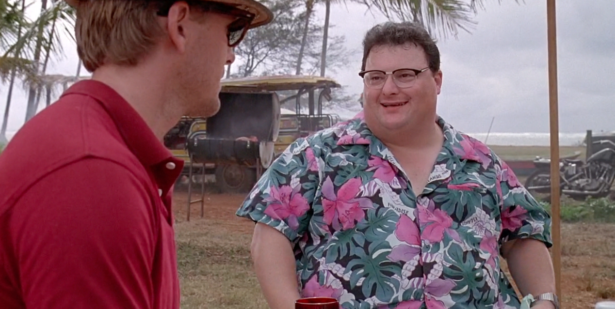 Dennis Nedry, aka Newman, is one of the most atrocious characters put to film, and his death by dilophosaur is totally justified. His glasses are also fitting to his personality: condescendingly hip, smug, and ominous. These oversized aviators are truly aspirational. The sunglasses consume most of his face, but somehow also make him look cool and in charge. I want a pair of these. Also, I want that hat. Do you think I could get it from the same eBay store as Jake Johnson’s original JP tee? Dodgson! Dodgson! We’ve got Dodgson’s (glasses) here! Dodsgon only has one scene in Jurassic Park, and his sunglasses alone make it memorable. The wayfarer shape and brown color render them extremely 90s, but you can’t deny what a stylish statement they make. 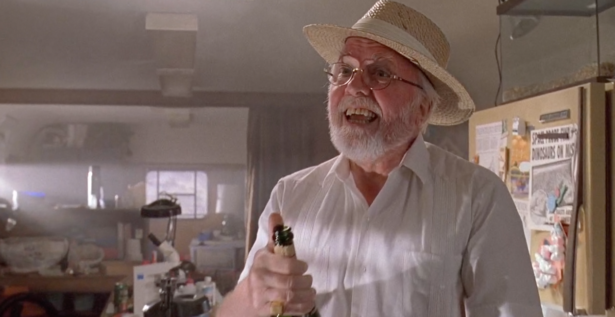 John Hammond is the literal grandfather of everything in the film: bringing dinosaurs back to life, creating a theme park for them, and grandpa to Tim and Lex. His glasses are appropriately grandpa: round and jovial. 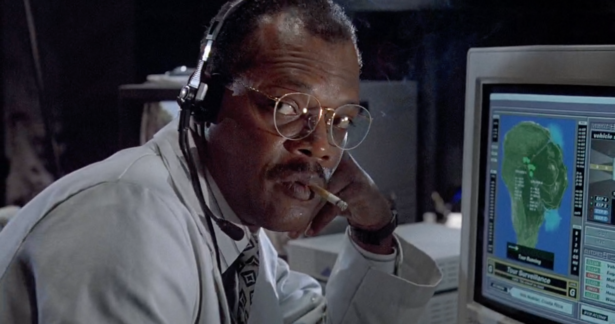 Samuel L. Jackson’s glasses in Jurassic Park enhance so much about Samuel L. Jackson’s performance in the film: frustrated, over it, judging everyone, and always the smartest one in the room. Headset + glasses + fully smoked cigarette = peak 90’s SLJ. These are really not the best glasses. Sorry, Goldblum lovers, but the frames are shaped weirdly, and the fact that they are tinted is dumb. I’m as disappointed as you are. Do better, Jeffy G. 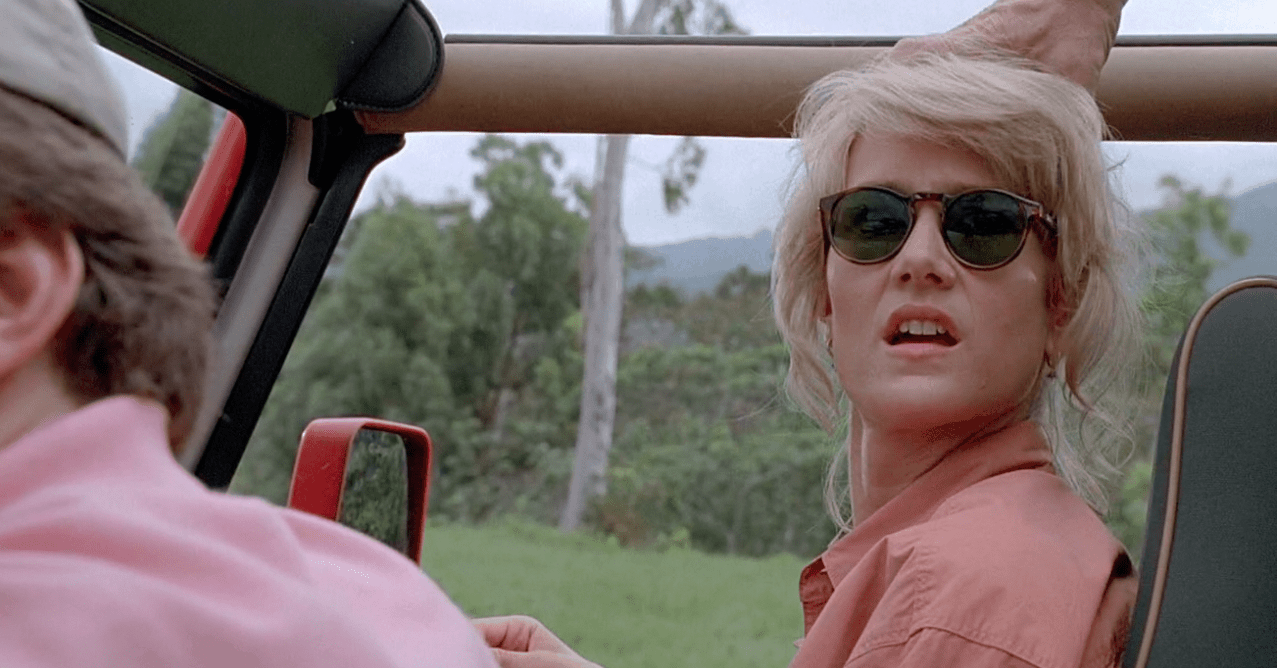 These round tortoiseshell babies are what every mom in the 90s had, mine included, and I love them with my whole heart.  Perfect for an action-packed, dino-filled adventure, these sunglasses look durable, too. Keeping her hiking boots in mind as well, Ellie is nothing if not practical.

I don’t wear glasses currently, but should the day ever come, I will want the roundest and biggest frames possible. How do they complement Laura Dern’s expressive face so well? Ellie Sattler’s eyeglasses are perfect. The sunnies that inspired the gif seen ‘round the world. Alan Grant’s gold rimmed, black aviators are timeless, classic, cool, smart, and rugged. It’s sad when you think about how most of Jurassic Park takes place at night, and we lose the visual of our heroes in amazing shades. Are there any sunglasses in Jurassic World?

Which are your favorite pair of specs in Jurassic Park? Should dinosaurs wear sunglasses? Let’s discuss!