A Definitive Ranking of the Most Popular Nuts

What’s your favorite type of nut? Your answer probably depends on if you are talking about eating them raw, or toasted, or as a part of another dish. It could even mean which flavor of nut you like the most, like if you’re having coffee or ice cream. But all of those thing matter–snacking, baking, cooking, flavoring– when you’re hungry. That’s why we set out to rank the most common nuts (including legumes everyone just calls nuts, because nobody wants to rank freaking legumes) not just by how enjoyable they are in their purest form, but by their accessibility, versatility, and importance to other foods.Think of this more as a ranking of which of nut you’d miss the most if it left your life entirely.

In their natural form these are basically a meatier type of mushroom covered in fur that you would only eat during a zombie apocalypse. At their best they’re still a huge pain in the ass to enjoy. You have to cut an “X” into them before roasting them, then you have to crush and peel them. When done right they are tasty but mushy. If you never ate another chestnut in your life you wouldn’t notice, but if you had to eat one it would feel like homework. 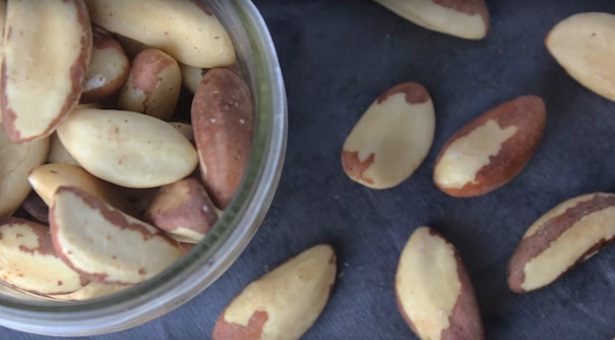 The most underrated nut in any mixed jar is the Brazil nut, a bigger, tougher nut that somehow manages to be almost creamy when you eat them. A handful of good salty Brazil nuts are a great snack, but that’s all they are. Have you ever seen one outside of a jar of nuts? No, you have not, and it’s weird. Like, what is BIG NUT hiding from us? 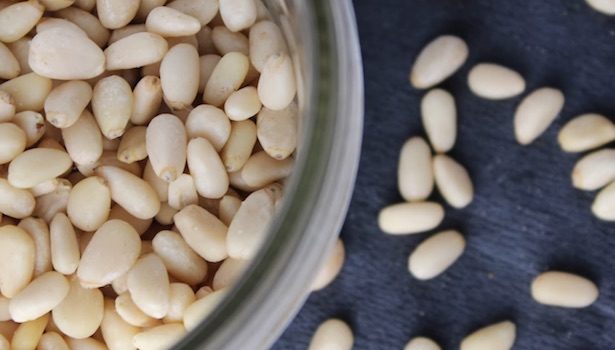 Pine nuts always costs way more money than you think they will, even though no one has ever been worried about a pesto shortage. They have a nice mild flavor, but when raw they are too soft to make for a satisfying snack. (And apparently if you get some bad ones they taste like soap.) They are better roasted, and good in other dishes, but no one has ever said a pine nut is their favorite. 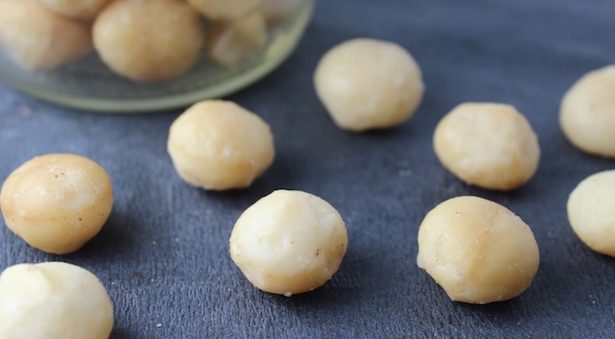 This is another nut with both a satisfying bite and a creamy texture. No other item on this list is so closely associated with one specific food the way these are with cookies. Something about macadamia nuts and white chocolate makes for a perfect combination, but it’s rare to see them served alone. They work well in other baked goods, but overall they are very limited in what they can do. Also, only rich people can afford macadamia nuts. 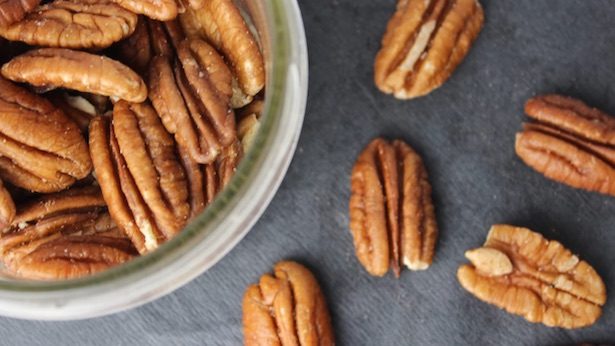 Raw pecans are disgusting, like eating a sweet mushy tree that you had to fight first. However if you bake them up they are transformed into something delightful, which is why they can support an entire pie. Never underestimate the power of being pie-worthy. They’re tasty in baked goods, but you can easily enjoy sweetened pecans all on their own. 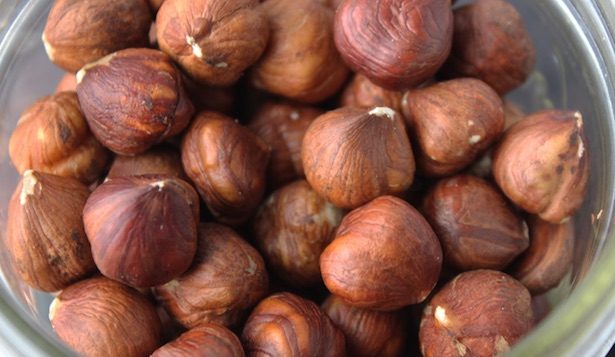 Fun fact: no one has ever actually eaten a raw hazelnut…probably. If they have they had to work for it, because first you have to crack the hard shell without crushing the nut, and then you need to peel the bitter skin. It’s too bad, because hazelnuts are good and especially “nutty,” which is why they are such a common flavor in other things. Bonus points for being so wonderful with chocolate and for giving the world Nutella. 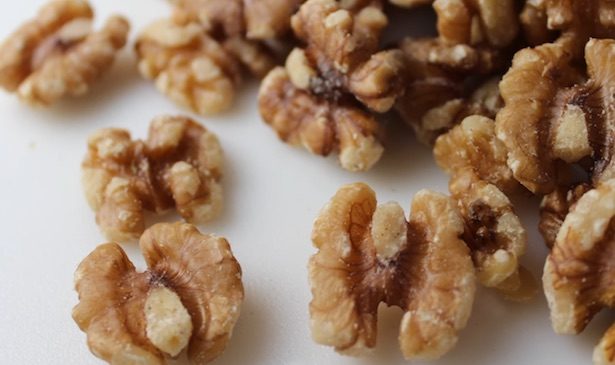 Have you ever eaten a plain walnut? Why? Do you hate yourself? It stinks getting them out of their shells, and raw walnuts are even worse than raw pecans. So how did walnuts make the top five then? Roasted or even just chopped up, walnuts are great in a wide range of things, from a healthy dish like a salad to sweets like cookies and brownies. A whole walnut is sharp with an unpleasant mouthfeel and bitter taste, but just a little piece goes a long way in the right dish. You’d miss walnuts more than you’d know. 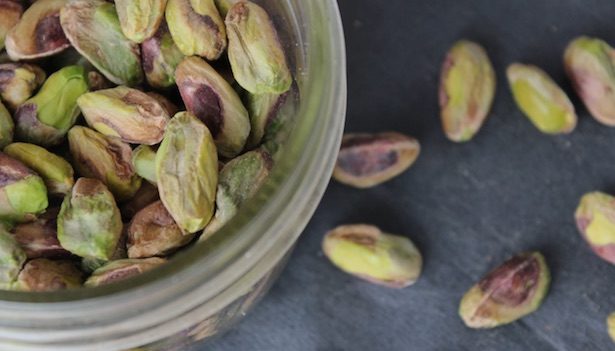 If I ever hit the Powerball the first thing I’m going to do is hire someone to peel pistachios for me, because the only downside to these slightly sweet bites of perfection is that you have to either work for hours to eat like 15 of them, or you have to pay through the nose for a bag of them. On their own they are a flawless snack, flavored or not, and they are notably fantastic in ice cream, pudding, cake, and cookie form. Anything that is terrific on its own and also helps make a great dessert deserves to be this high. 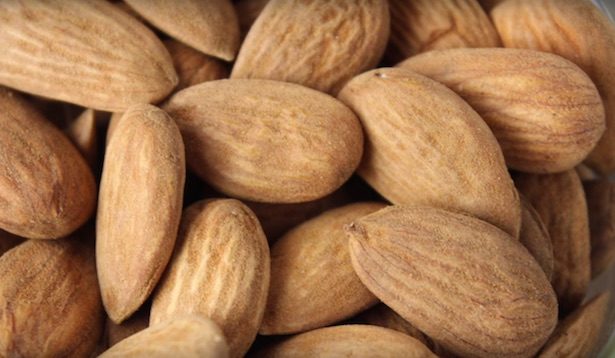 It’s a violation of the Geneva convention to feed a prisoner of war a plain, raw almond. They are unpleasant in both taste and texture. However almonds are one of nature’s all-time greatest conduits of other flavors. You can enjoy almonds that are sweet, salty, spicy, and everything in between. Also, they must be full of protein or something because every health book insists you have them for every meal. 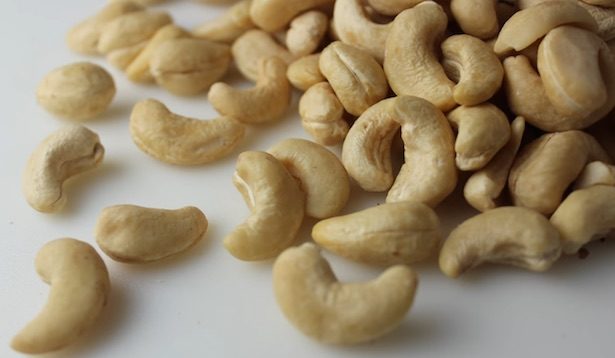 If this were about ranking which nut you would most want to have a bowl of, cashews would be the clear and obvious number one choice. They have the best taste, the best texture, and they are filling, making them the ideal snack. They also pair well with the full spectrum of flavors. The only reason they are not number one is that they aren’t super versatile. They are great in dishes, both savory and sweet, but only as cashews. They don’t tend to mix well with others (nor should they; you can’t improve upon perfection.) I wish people would give me jars of cashews as a gift.

Peanuts are easy to crack open, and taste good plain, roasted, or flavored. They can be seamlessly, combined, or constitute the entire basis of a dish. Few nut fans probably list peanuts as their personal favorite, but imagine a life without peanuts. Think about all of the things you’d have to give up, including peanut butter and half of all candy bars. There’s a reason George Washington Carver dedicated his life to peanuts–they are one of the most versatile and tastiest foods we have.Which is why they rank number one, even though they aren’t actually nuts.What do you think though? What did we get right and what are you going nuts over? Tell us in the comments section below.