Throughout eight episodes of NBC’s Debris, it seemed like anything was possible. Now the show’s first two-part story has revealed just how true that is. A powerful piece from the destroyed alien ship rewrote reality, again and again. Space and time were at risk of collapsing entirely, putting the whole universe at risk. This ups the ante on just how weird things can get on the show, and also how intense.

Yet, that might not have been the biggest development for the series. Being separated from his partner made Bryan Beneventi realize just how much he cares about Finola. What does all of this mean for the series? We asked star Jonathan Tucker just that, as well as what it was like filming the mind-bending episodes.

This two-part story really elevates how destructive and powerful the debris can be. What does this experience mean for Bryan?

Jonathan Tucker: It really helps clarify his relationship with Finola. You don’t know what you have until it’s lost. And it provides a lot clarity here. Who he is. What his relationship is like with her. And how they need to come together to ultimately succeed in this greater vision. 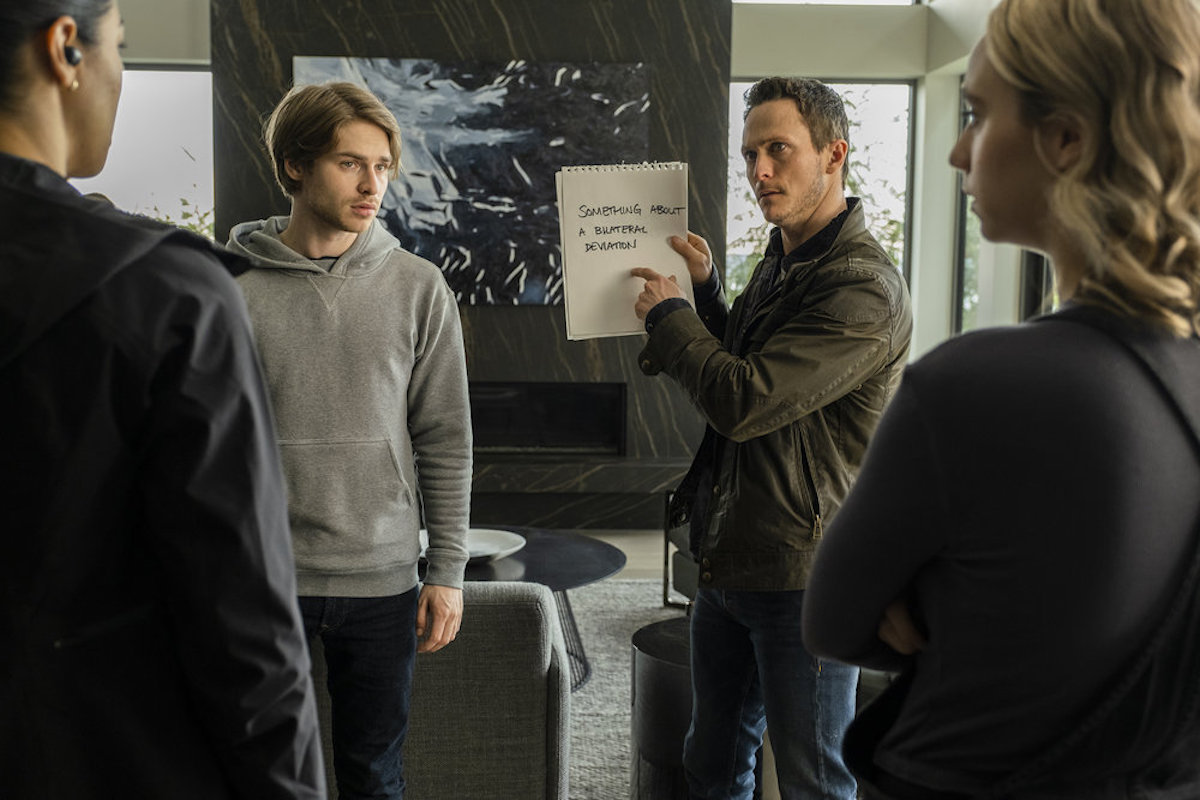 Until now there has been no hint at any potential romance between the two. But that’s definitely on the table after these episodes. How would you describe your character’s feelings for Finola?

JT: It’s funny, you’re not the first person to the circle that. When [Bryan] says, “I’m trying to come back to you,” I saw it platonically. I’ve got two young kids and when they are feeling lost or discombobulated it’s so clear that they become emotional so quickly. And I felt like when Bryan is trying to explain to her, as another Bryan stuck in a different dimension, the fact that I can’t as a former Marine bust out a solution, it’s so frustrating that it really does become emotional. She’s kind of the only touchstone that I have to where I used to be, what I used to do, and who I ultimately am. That was my thinking. But you’re not the only one to underscore there might be more of a relationship coming. Or that there’s some sort of romantic feeling.

I thought it was ambiguous. But you’re not going to be the first male/female partners in television history where the show teases a potential relationship.

JT: Correct. But again, I was going at it from that perspective of my kids. And you never know. I think one of the best things about the show is that there is not a romantic relationship. But I also know that two people that spend long periods of time together… you never know. But from my perspective this was a deep expression of friendship and respect. 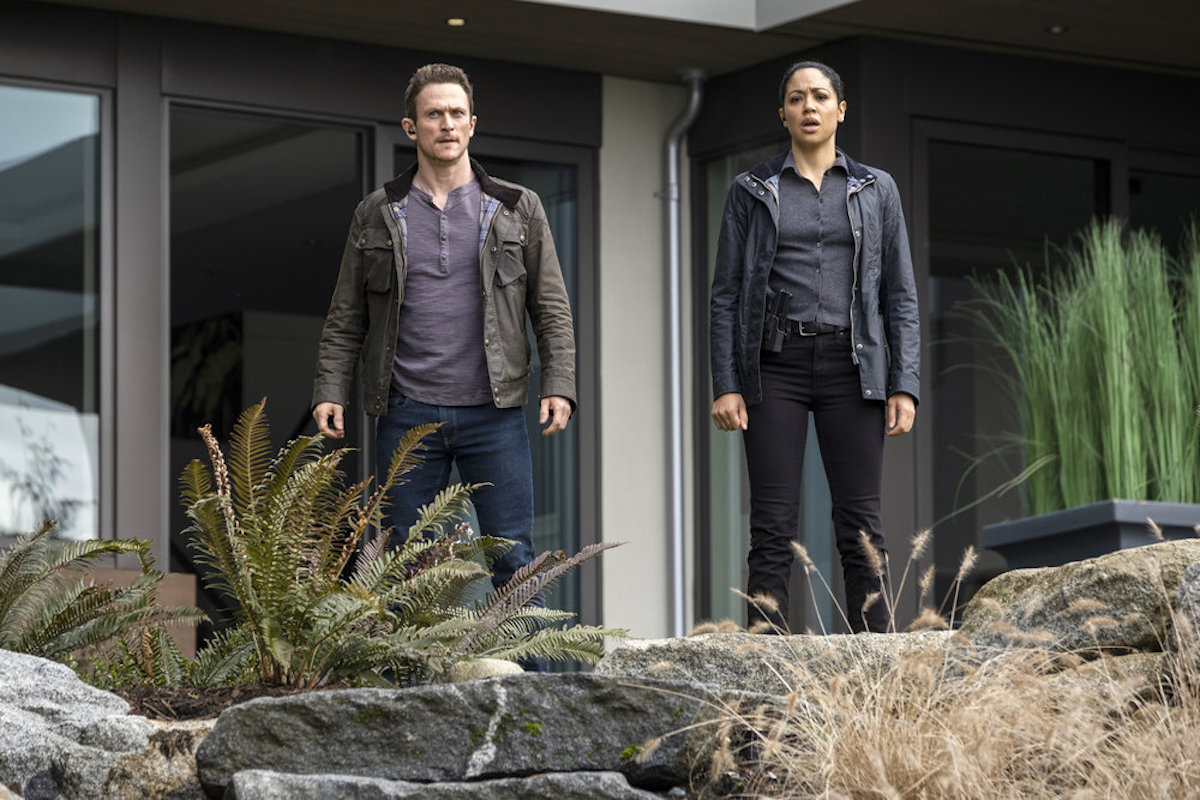 The two-episode story features characters going through the same scenes in the exact same locations repeatedly. Often with only small differences.

Filming under normal circumstances is repetitive. What was it like shooting the same scenes over and over again?

JT: Our hats really went off to our director, Padraic McKinley. He finished the pilot, came back after the pandemic, shot episode two, and then cross-boarded [episodes] nine and ten. A lot of pre-production work was required. And then the finesse needed to execute it flawlessly was a daunting task. But we came out on schedule and under budget. Without having to do any reshoots or pickups. It is one of the more remarkable jobs directing television I’ve ever seen. And I’ve been lucky to have shot a lot of TV. Often directors go unnoticed or under reported. That shouldn’t be the case here. Paddy was truly magnificent with guiding us emotionally and keeping the continuity in order.

Were those rocks as dangerous to run on as they looked? 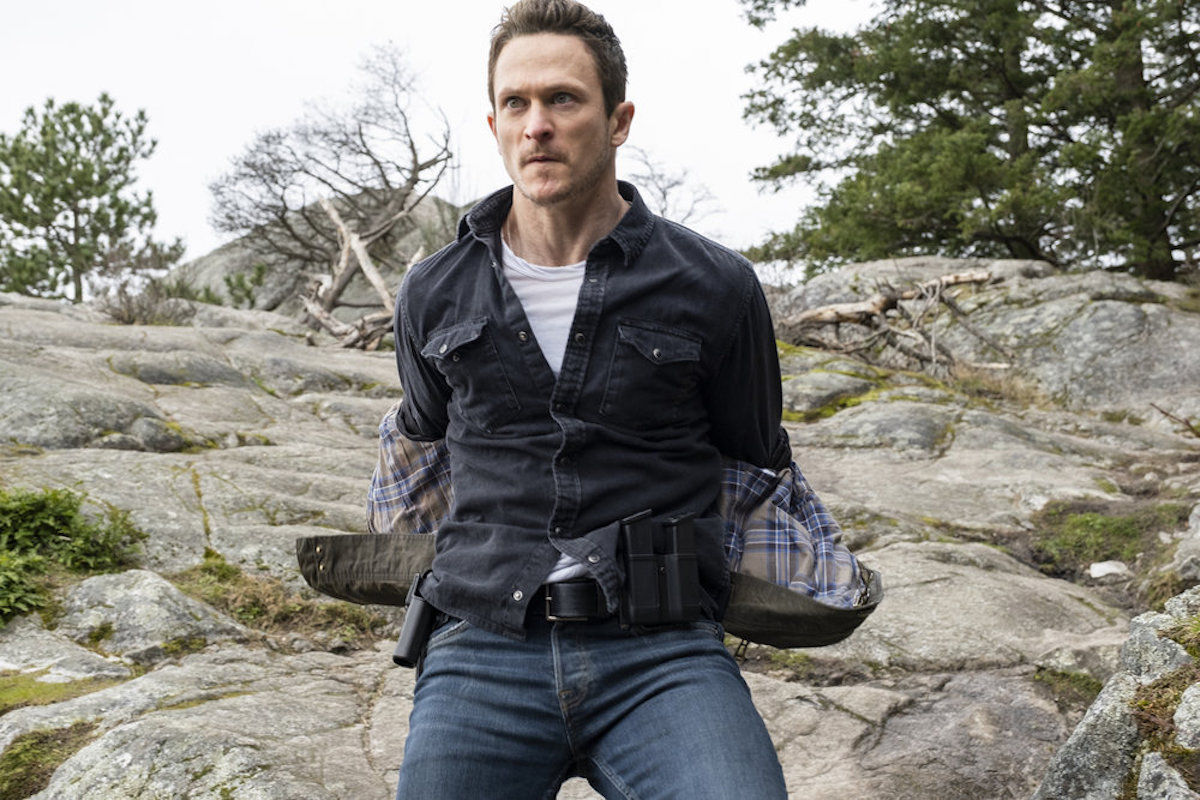 The show has begun to introduce debris-powered super people. How much do you know about where the series is going and what’s really going on with this alien technology?

JT: I have a pretty firm handle on it. But that’s not to say there aren’t constant surprises. And oftentimes, what you are told and what you read in the script, it doesn’t resonate until you’re there on the day with the new actors, with the props, with the production design, with the locations that have been scouted and then secured. Sometimes you think, you know what you’re going to get into. Then you’re there and go, “This is totally different than what I had anticipated,” which just didn’t resonate until right now. And while I kind of have a good understanding of what the larger arcs are, I’m constantly surprised by the scripts.

The series seems to pull from iconic shows like The X-Files and Law & Order. Are there any series, characters, or performances you’ve looked to for inspiration for Bryan?

JT: All of these shows are operating in conversation with one another. Every good director, they always talk about the influence certain films and others have made on their work. And the sort of nods and tributes that these directors are making, either with certain shots or with their films entirely. So all of those shows and movies—from X-Files, Men in Black, Black Mirror, all the procedurals—we’re always communicating with them.

For my performance, what was exciting about this opportunity was the invitation to reveal who this character is over the course of 13 episodes, versus right up front in the pilot. I get it to kind of lean back in the performance. That’s been something I’ve been enjoying playing with during the first season. 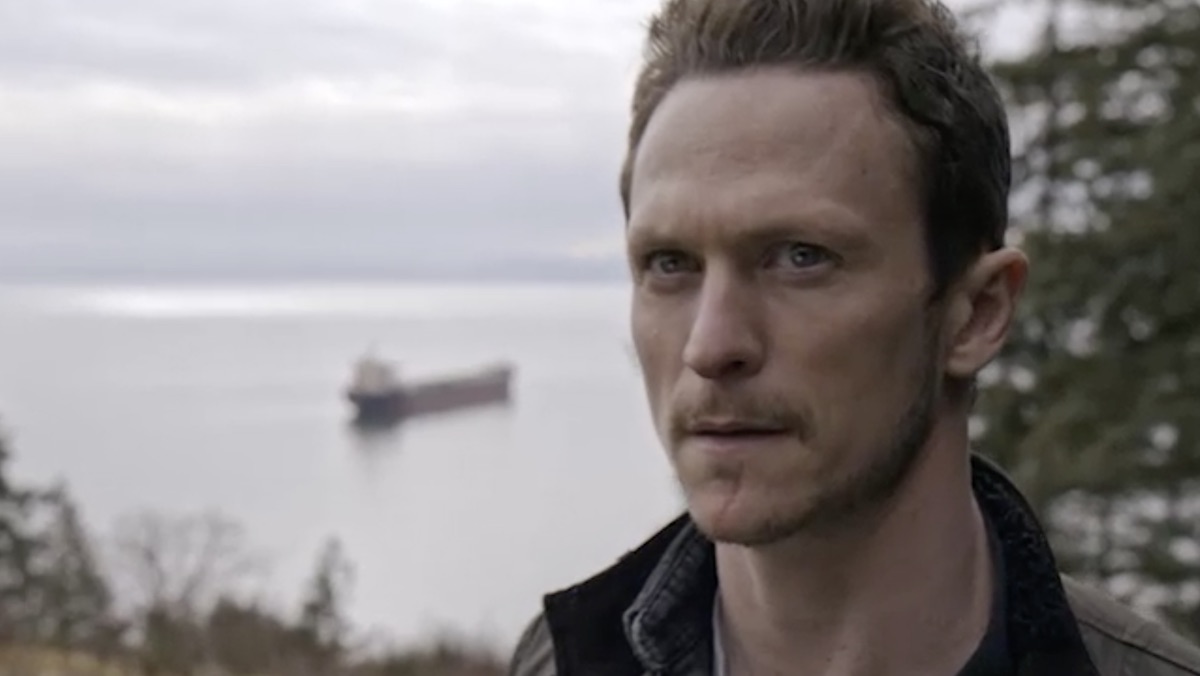 If you could have one piece of debris, which piece are you taking?

JT: What makes the show much more thought-provoking than some might expect it to be at first blush is that the debris isn’t good or bad. Oftentimes it’s a manifestation of peoples’ hopes or fears. It’s really like a guidepost for many people who discover it. It’s ultimately a way into the pure sense of who we are as individuals and potentially as a species. And if the ship and the wreckage is a metaphor, Bryan and Finola are looking to repair themselves as much as they’re looking to track down the wreckage itself.