Advanced alien technology drives the plot of NBC’s Debris. Those fragments have governments plotting with and against one another. But throughout the first season the show has been telling a much bigger story, one unconcerned with either science or geopolitical concerns. The series has raised existential questions about what it means to be a part of the universe. Because while each piece of the destroyed spacecraft can act in a unique way, they’re all connected. Not only with one another though. They’re connecting emotionally with people, in a way that feels more spiritual than scientific. Debris explores one of sci-fi’s best ideas, in the same way as films like Contact, Interstellar, and Arrival did. 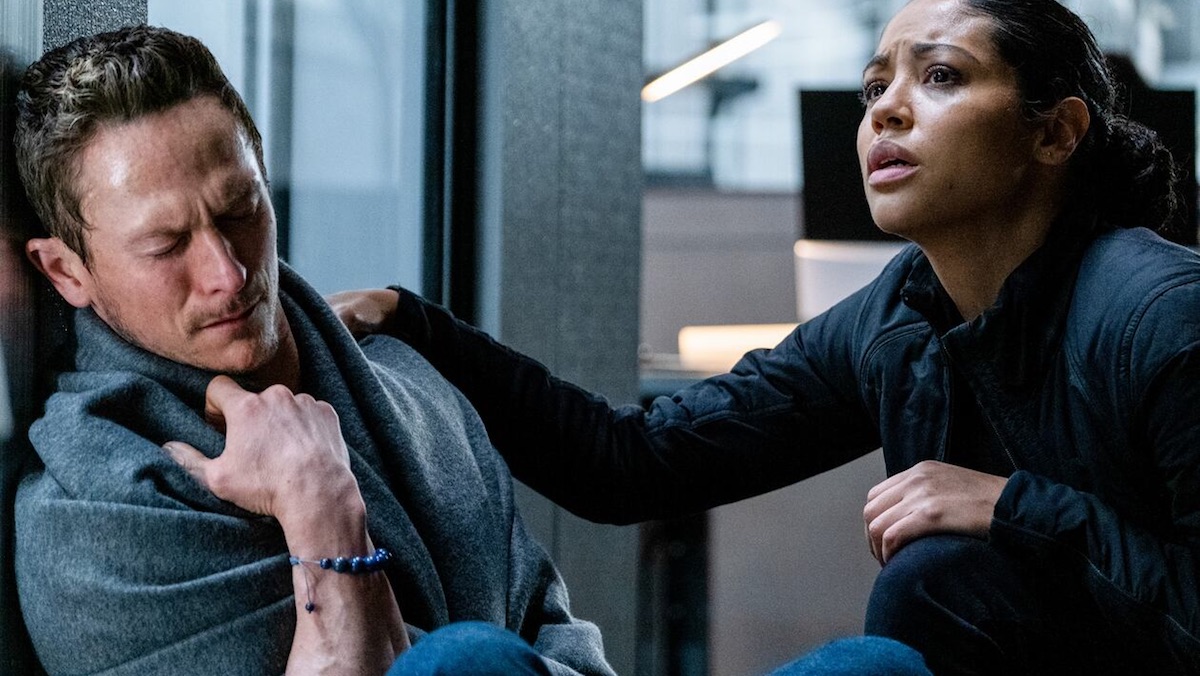 The issue of what the debris means, rather than what it can merely do, has been present from the beginning of the series. Finola (Riann Steele) believes the destroyed spacecraft came to mankind for a reason. That its presence here has a greater purpose. Her faith in someone—or something—other than science has already proven powerful in its own way. It pushed her to save people during otherwise hopeless situations. Like when they put the farming community into suspended animation. It also helped keep Bryan (Jonathan Tucker) grounded when alternate timelines split the fabric of reality apart. Her faith guided him across dimensions.

That seemingly supernatural element proved even more relevant in the show’s eleventh episode, “Asalah.” The debris forced Bryan to relive a tragic event from his past because it remembered him. He had come in contact with a different piece earlier in the season. Once he was safe from the experience, Finola told him all of those pieces “may be connected.” Not just to each other, but also to any person it touches. It’s how the debris used another person to reach out to Bryan, though Bryan didn’t learn the reason behind the message. 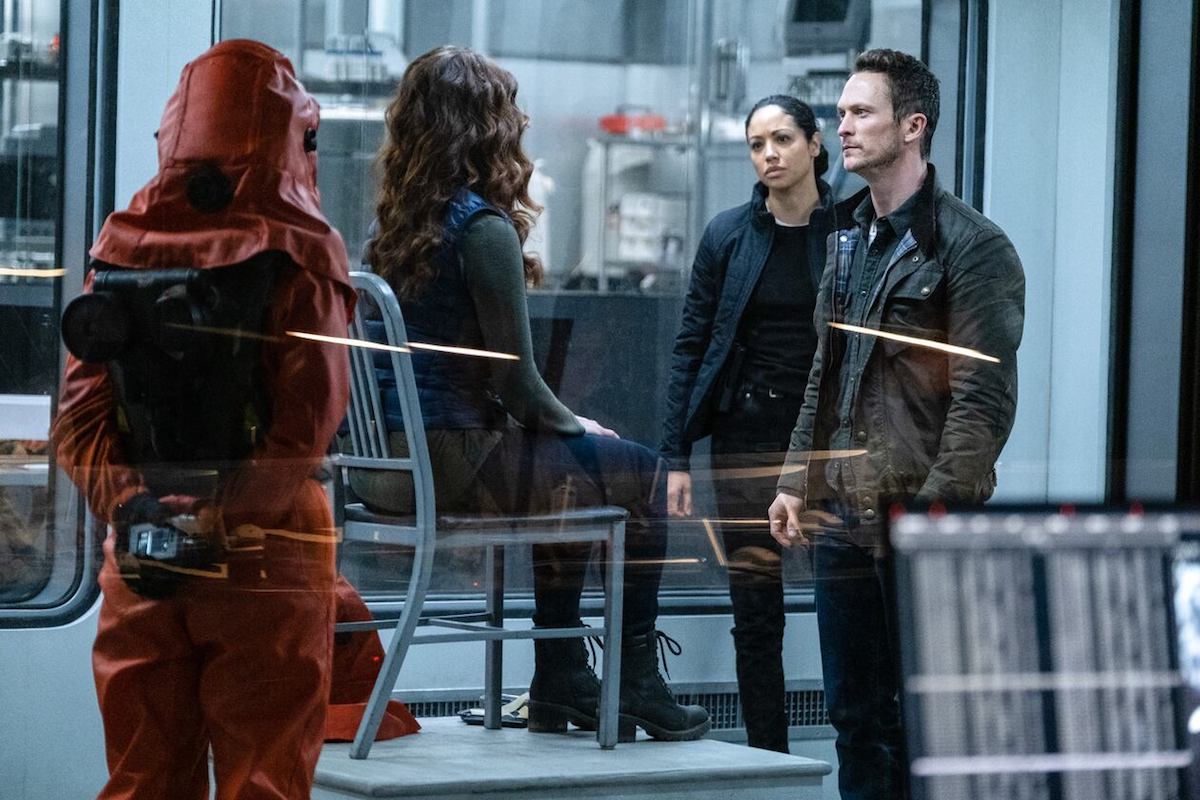 More than real scientific concepts like worm holes and alternate dimensions, this development moves the spiritual nature of the show from an idea to its most important aspect. The series’ international intrigue is a major element in making the show interesting. It raises the stakes of every mission Bryan and Finola go on. All while weaving together multiple plots into one overarching conflict. But what’s clear as we approach the end of the first season is that alien technology unto itself is not what the story is truly about. The most relevant question is much bigger than which nation will rule a single planet. It’s about existence, and how we’re all a piece of something far bigger than ourselves, our country, and even our planet.

We’ve seen debris manifest memories. In the pilot it brought back a mother’s dead son. Those pieces can wordlessly feel, feed from, and communicate with people who touch it. Now we know those fragments can even retain people’s memories and make them experience them again. The debris is empathetic, as though every piece is alive. They can soothe your pain and comfort you. Or force you to face something you’d rather forget. It can become a part of you and make you a part of it. 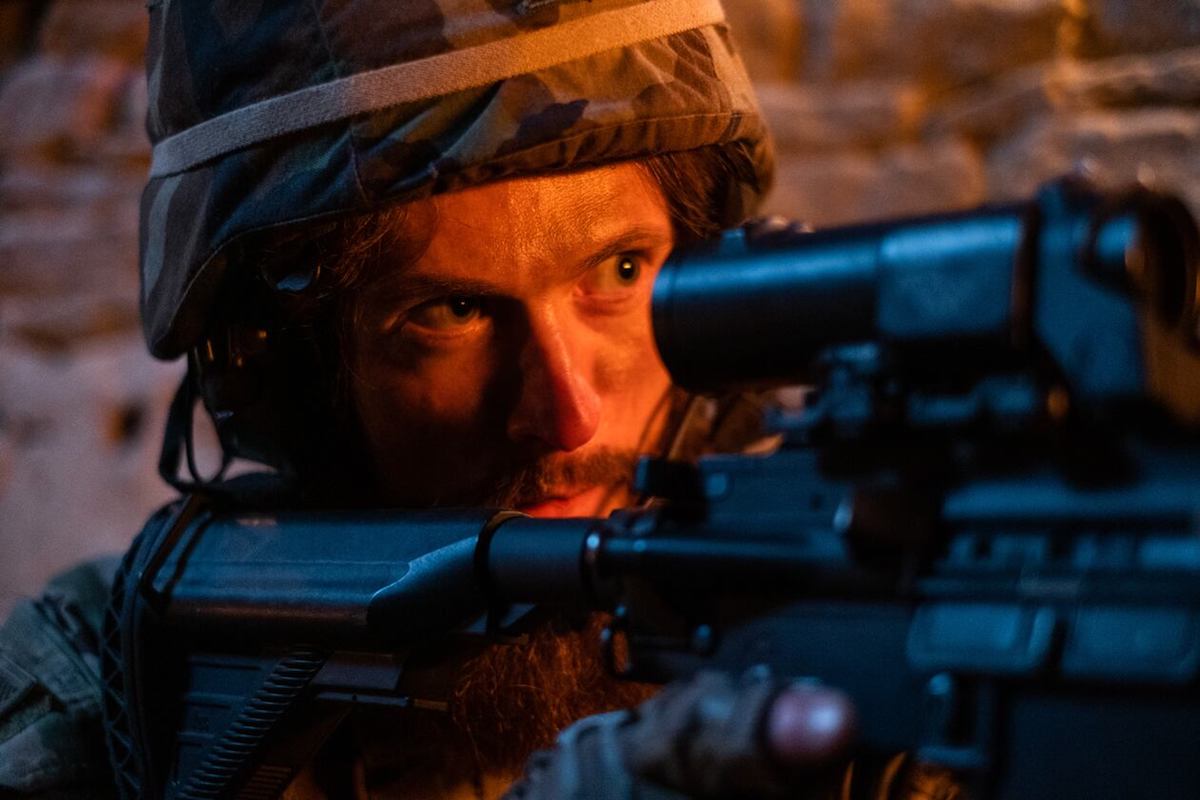 We don’t yet know the reason the ship showed up in Earth’s orbit. Or why it’s communicating with Bryan. But we know those unanswered questions point toward answers more meaningful than any potential alien invasion or world domination. It’s why, despite its scientific roots, at its core Debris is becoming about something more incorporeal. And that combination of sci-fi and spiritual is a formula other science fiction stories have used to to say something powerful and moving about existence.

Interstellar was as scientifically dense as any big budget sci-fi film. But ultimately it ended up being about how we’re all connected in ways we don’t always understand. There are powerful, measurable forces in the universe. But none of them account for intangible forces like love and a desire to save each other. Those forces transcend space and time.

Contact followed Jodie Foster’s Dr. Ellie Arroway, a scientist and atheist. Like Debris, the film relied heavily on real scientific concepts. But in the end, when she returned from her journey and the world didn’t believe she had made first contact, the movie turned out to be about a different kind of faith. A faith that we are not alone, even if we can’t always see who—or what—is also out there. And sometimes all we have is that blind belief that goes beyond the scope of satellites or spacecraft.

Arrival also ended up being a a very different story than it first appeared to be. It explored what might happen during our first interaction with aliens. But it was really about love and the connections we make with others. The language of life is not words or signs. It’s something ethereal that binds everything. And those connections, the only ones that matter, can traverse the laws of physics as we know them.

Debris fully embraced this idea when it traveled far away from Bryan and Finola’s mission to Arizona. There, a Native American narrated his peoples’ beliefs about the nature of the world, all while admiring a setting sun alone in the desert. Rather than feel out of place, that scene felt like the perfect metaphor for what ideas the show is really interested in. Debris has far more in common with the tradition and ideals of the Four Directions than it does a theoretical physics class. 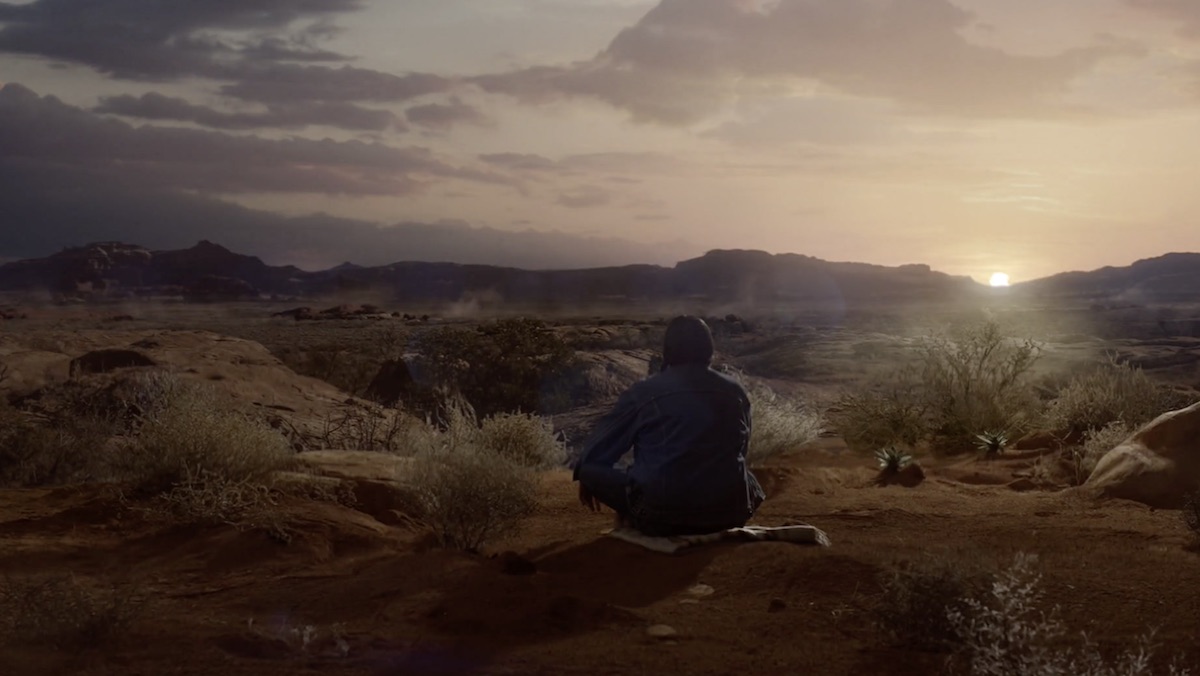 Each of those films used complex scientific concepts to say that, in the end, we can’t always measure or understand the things that matter most. Just like debris from a ship, we’re simply a small part of something much bigger than any of us. And that is a force that connects each of us to everyone and everything.

It’s also an idea that continues to make for compelling science fiction, for a story like Debris that has something to say about what it means to exist at all.

Editor’s Note: Debris is produced by  Legendary Television. Nerdist is a subsidiary of Legendary Digital Networks.