David Cronenberg Snuggles with His Own Corpse in Short Film - Nerdist

Director David Cronenberg has never not been weird. After all, this is the filmmaker who brought us Videodrome, Scanners, Crash, The Fly, and Naked Lunch. Only his other fellow David, David Lynch, could claim to out-weird him. But in his new short film, the 78-year-old auteur took his bizarre tendencies to a whole new level.

Via /film, we’ve learned about quite possibly the strangest film Cronenberg has ever made. Cronenberg and his daughter Caitlin Cronenberg collaborated on The Death of David Cronenberg. Which is not a metaphorical title. It is about exactly what it says it’s about. Even though the actual David Cronenberg is currently alive and well, we’re happy to say. 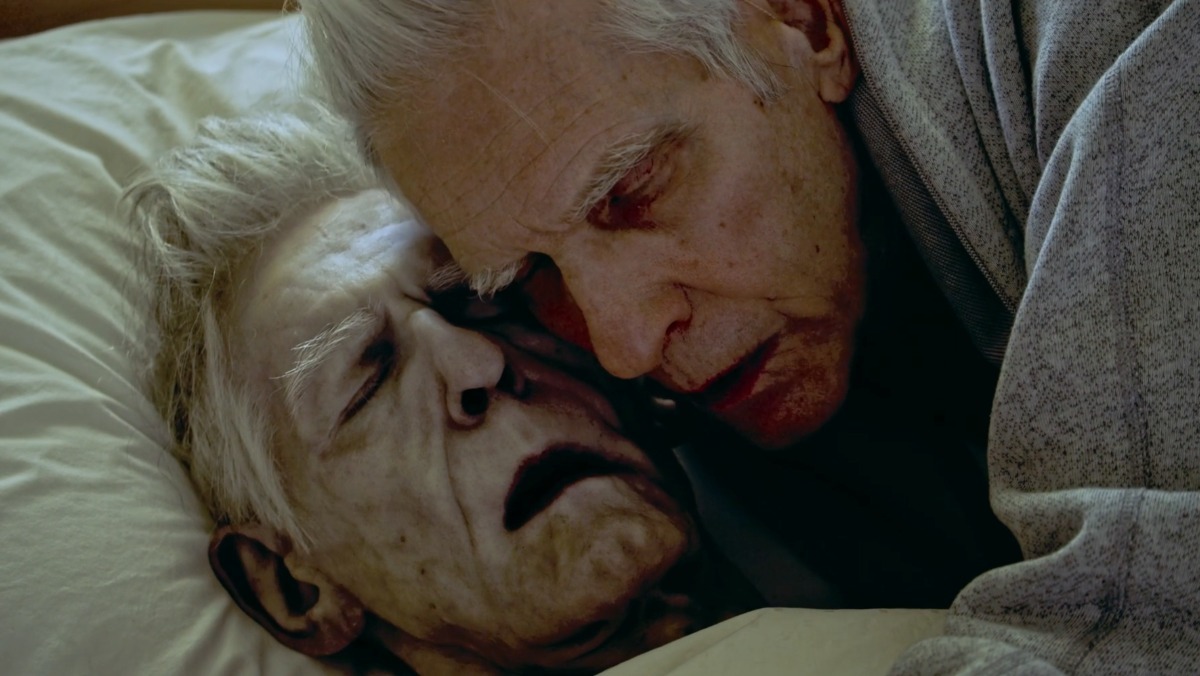 This one-minute short showcases the elder Cronenberg, walking into a room and finding an extremely realistic-looking dummy in a bed. One designed to resemble his own recently deceased corpse. He kisses himself on the head, and then snuggles up with his own dead body. You can view the short right here. Access to the new short film is being auctioned off via SuperRare.

We’re not sure what’s more disturbing, the fact that David Cronenberg made this movie in the first place, or that his own daughter had to help out with a movie about one of her parent’s dead body. According to the official description, the film “explores mortality, surrealism, and the metamorphosis of life and death.” It’s definitely compelling to watch, we’ll say that much.

Luckily for us, David Cronenberg is still kickin’ and making films. In fact, he’s directing his first feature in seven years, Crimes of the Future, a movie about humanity learning to adapt to its synthetic surroundings. And he’s still acting as well. Star Trek fans might remember that he appeared in the most recent season of Star Trek: Discovery.  Whatever Cronenberg’s future holds, we wonder if it can get any weirder than this most recent short. But we’re eager to see him try.