If you’re a manga fan, you probably know all about Death Note, the famous series by creators Tsugumi Ohba and Takeshi Obata. Now, a new one-shot is available to read online, a special perk for those who have followed this saga from the very beginning.

The new spinoff (Death Note: Special One-Shot) follows middle school student Minoru Tanaka, who now has the power of the Death Note, a supernatural notebook granting the user the ability to kill anyone whose name they write in its pages. He’s visited by a death god named Ryuk, who rises from he Shinigami Realm with a craving for apples to cure his incessant boredom. 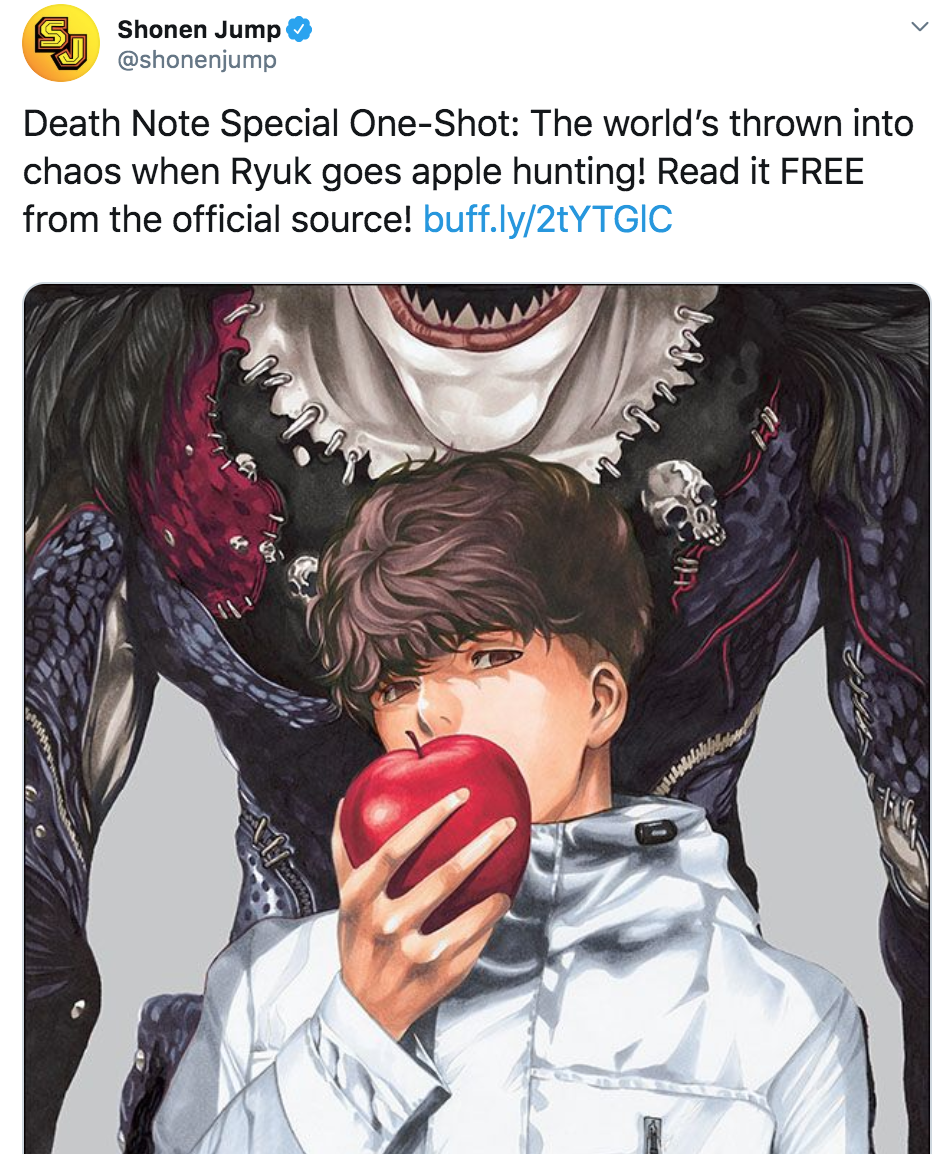 The 88-page story takes place in a new timeline, where police are aware of the Death Notes. But Tanaka–who has a high IQ that makes him seem far older than his actual years–has a plan unique to the series. He wants to sell the Death Notes to the highest bidder.

This Death Note story is the first new bit of the saga to appear in more than a decade. There have been adaptations in the interim–including an American neo-noir film of the same name released by Netflix in 2017, as well as three Japanese live-action films and a stage musical–but no new additions to the mythology. The last Death Note story came in 2008 and followed a character named L who hunts down someone named Kira.

If you aren’t familiar but are interested in catching up, Death Note is available to read on Viz Media, which imports the series from Shonen Jump, a weekly manga anthology. You can actually read it for free by registering online.

This new Death Note story also includes a character someone American audiences will notice straight away: President Donald Trump. As Twitter user @HellPerp posted, this new character appears in the volume and even comes to possess one of the titular Death Notes. 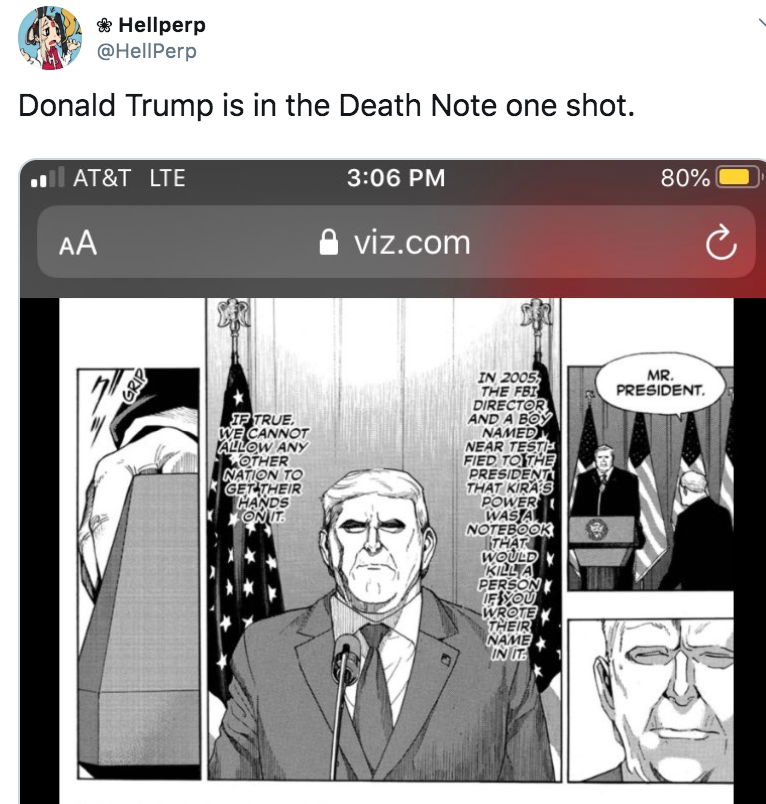 This isn’t exactly a surprising turn of events, considering how intensely Trump factors into our current state of… well, everything. Regardless, it’s a bit crazy, especially when you realize–as the book demonstrates–that it’s Ryuk who hands the Death Note off to Trump. It’s part of the bidding war storyline, and Trump’s appearance is very brief, but it still leaves a massive impact and shows how much of an impact Trump has already had on the world at large. It’s not just Americans dealing with the turmoil of his presidency.

If you’re a returning fan of the series or are curious about seeking it out, head on over to Viz Media as soon as possible to check out this surprise return to the Death Note series. The series–which began back in 2003–is ripe for revisitation and reevaluation especially in the current political climate. Manga feels like it’s having a revolution in American culture, so now is truly the perfect time to check out such a seminal piece of entertainment. You won’t be sorry.