DEAD TO ME Season 2 Gets Teaser and Premiere Date - Nerdist

DEAD TO ME Season 2 Gets Teaser and Premiere Date

Jen and Judy are back in a new season of Dead to Me, and boy oh boy, do the repercussions of season one seem to be catching up with them. Netflix released season two teaser and release date on Friday with the tagline reading, “No one can ever know what happened. Except us.” That’s certainly ominous. Watch:

How do we wait until May 8 for this?!

After that shocking season one cliffhanger, Jen (Christina Applegate) and Judy (Linda Cardellini) must work together. They need to keep their secrets buried. According to the Netflix press release, this is just some of what we can expect to see in the new season. “With a surprising new visitor in town and Detective Perez (Diana Maria Riva) hot on their heels, Jen and Judy take drastic measures to protect their loved ones and each other—no matter the cost. From Emmy Award-winning creator Liz Feldman, Dead to Me returns for an addictively dark second season, where the stakes are higher, the friendship is deeper and the traumas that bond loom larger than ever before.”

Season one premiered in May 2019 from writer and creator Liz Feldman, who previously worked on 2 Broke Girls and The Ellen DeGeneres Show. The first season followed Applegate’s character in the aftermath of her husband’s death. He died in a mysterious hit-and-run. She meets Cardellini’s character in a therapy group for those who have lost someone. James Mardsen plays Cardellini’s estranged husband; he also has some secrets. 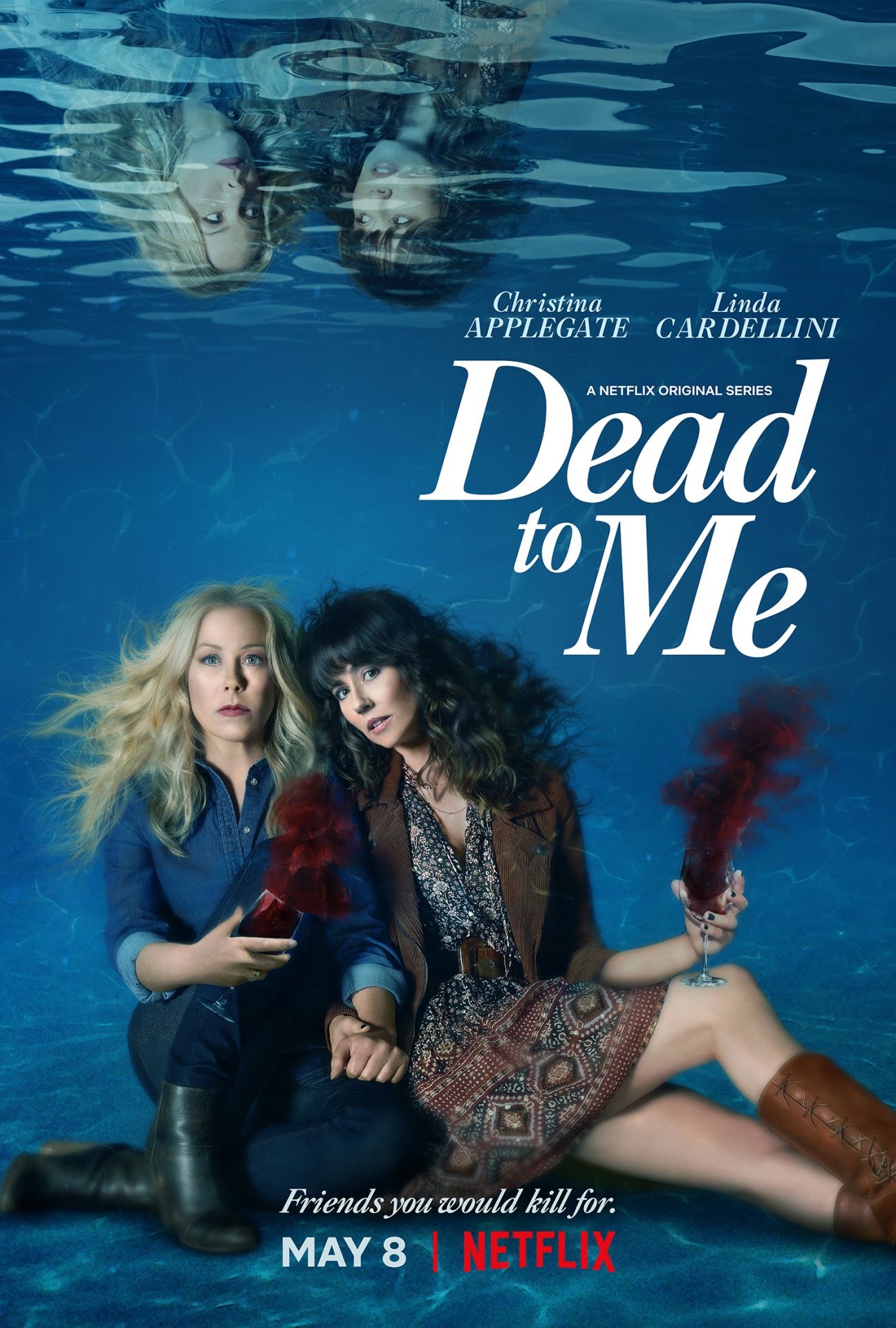 Part of what made the first season of the show so successful is the chemistry between the two actresses, who are both veterans of the screen in their own right. Their extensive filmography spans several decades with Applegate getting her start on Married with Children and Cardellini launching on Freaks and Geeks.

If season one was any indication, we can be sure to see more top-notch acting and drama. Dead to Me season two premieres May 8 on Netflix.