Many would consider Linda Cardellini’s Judy Hale to be the beating heart of Dead to Me, a show about grief and forgiveness. An open and loving human who is caring to a fault, Judy spent most of season one harboring the guilty secret of having killed Jen’s (Christina Applegate) husband, all the while locked in an emotionally abusive relationship with her boyfriend Steve Woods (James Marsden). Season two of the Netflix series saw Judy come into her own by learning how to stand up for herself. It also saw her experiencing true happiness in a relationship thanks to a connection with Michelle Gutierrez (Natalie Morales).

That storyline “was always in the back of my mind, because Judy is inspired in part by a friend of mine who is queer,” series creator Liz Feldman told Nerdist. “I wanted to represent that aspect of her. As we were going into season two, I was excited about the idea of exploring a different—potentially surprising—side of Judy, and inspired by several different friends of mine who are women in their 30s and 40s who found themselves in relationships with women. They had previously primarily been in relationships with men and I just feel like it’s a more common thing than you ever see presented.” 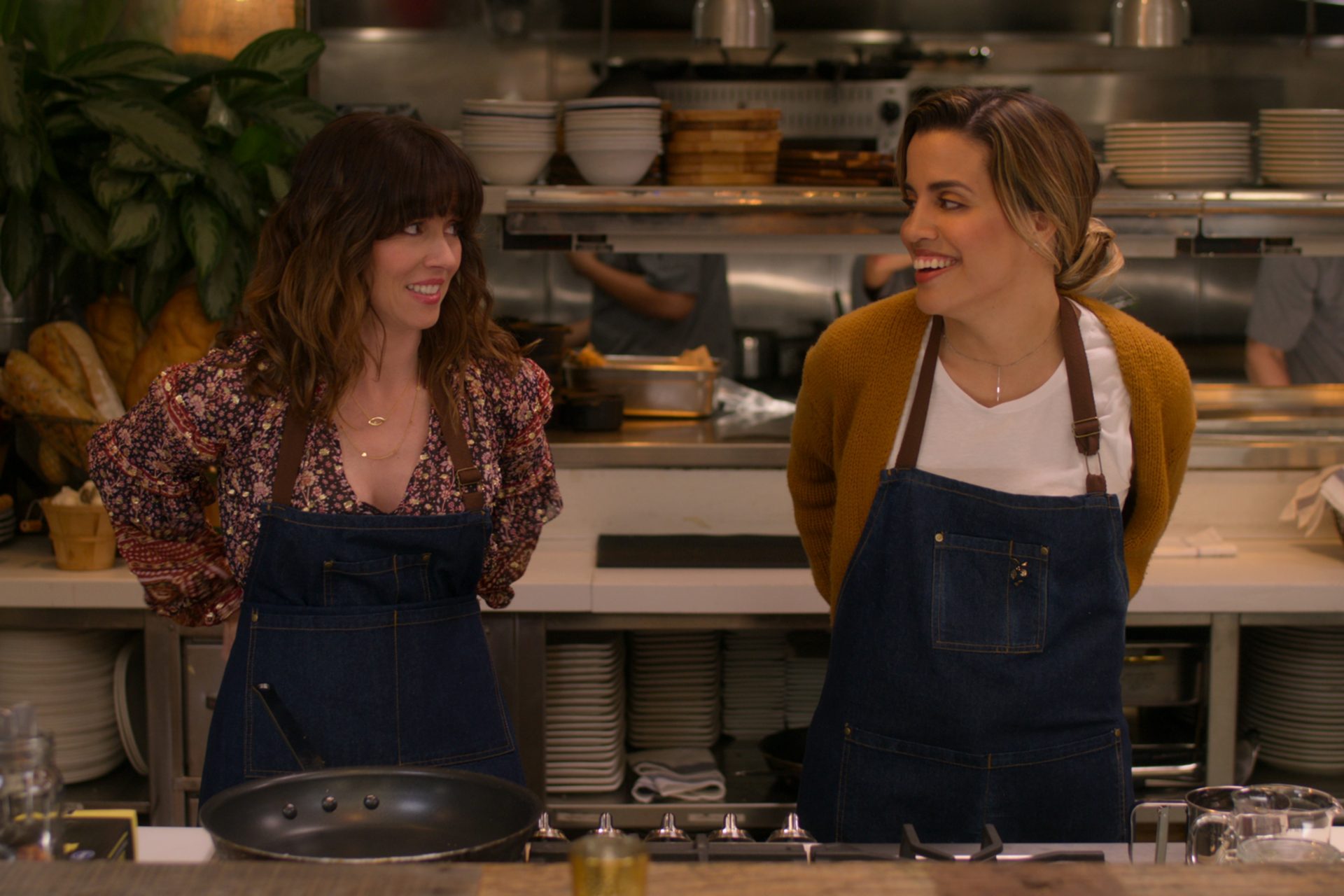 It was Feldman’s intention to create a narrative where a same-sex couple falling for each other was as big of a deal as one of the many heterosexual relationships we see in shows and movies. Like the genesis of the show itself, this was of personal importance. “The truth is that I’ve been gay and I’ve been in same-sex relationships for 27 years of my life. So my experience of it is completely normal,” said the showrunner. “I never wanted it to be, ‘Oh, Judy’s coming to grips with this side of herself,'” said Feldman. “It’s not an issue. It’s just an is.”

According to Celeste Hughey, who wrote “You Don’t Have To”—the episode that sees the culmination of Judy and Michelle’s connection over five episodes—there was originally a scene at the beginning of the episode where Jen makes a comment to Judy about the latter’s relationship. The scene was ultimately cut because “we talked about how important it was to ensure it wasn’t Jen saying, ‘You like women? What’s going on here?’ We wanted to establish that Judy has never defined herself.” That care and attention to ensure Judy’s feelings could exist as organically as possible was paralleled with the deliberate decision to not label the character, despite the fact that she’s been called everything from bisexual to pansexual to fluid.

“We never used a label for Judy. Never once in the show does she call herself any specific thing. I really wanted to represent something that was label-less,” said Feldman, who also admitted that if Judy did have a label, it would probably be fluid. “In my idealistic mind, it was just something we never do because I have friends who just exist and just are. I think people are, in a way, projecting onto her what labels they feel comfortable with. I have no problems with labels myself, so I completely understand the desire to have them. But I also, just for a moment, wanted to present a person in a way that didn’t need one.” 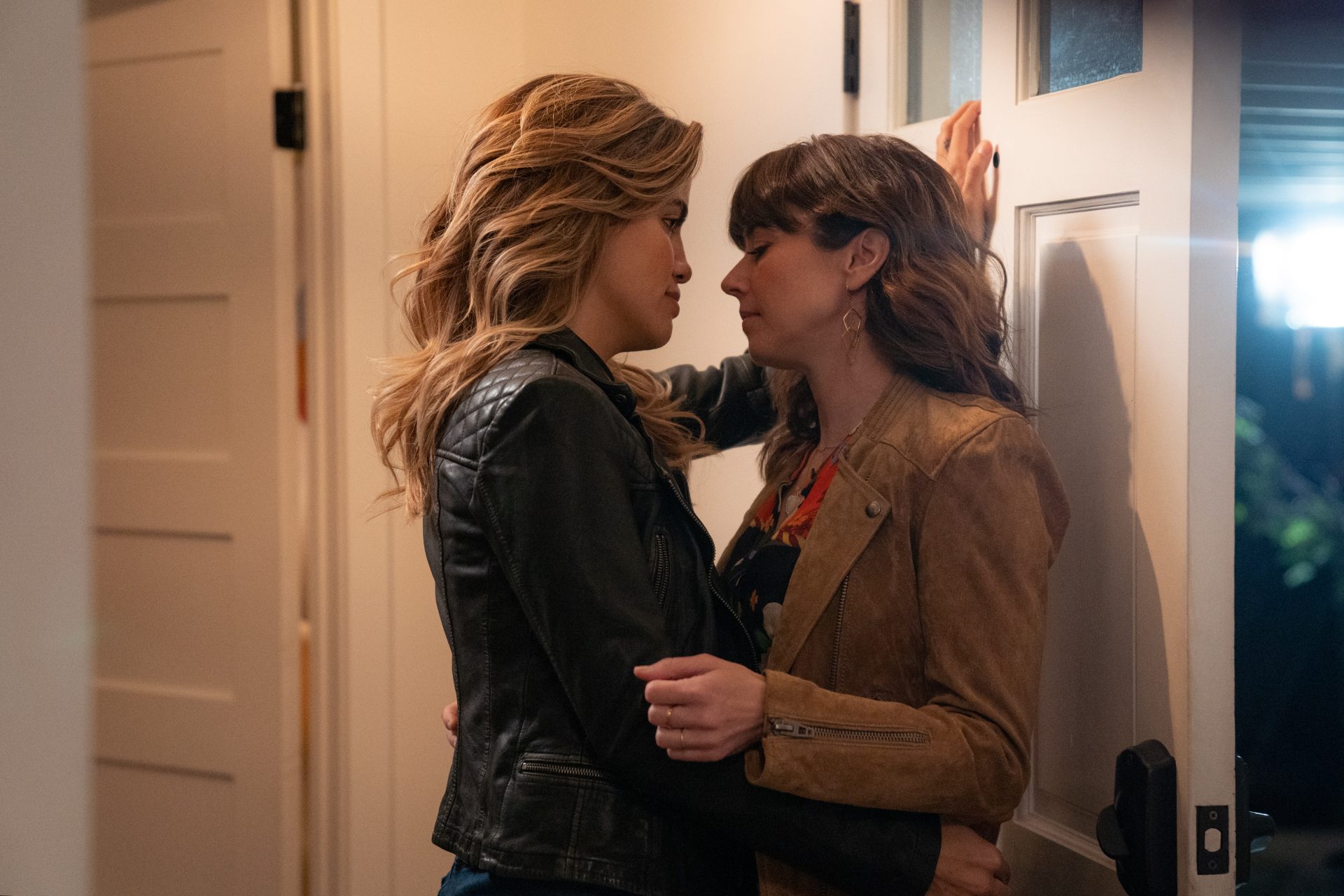 While media has made incredible strides when it comes to LGBTQ+ portrayal, it remains a struggle to find a story that isn’t rooted in some kind of noteworthy coming-out celebration. “I was just very specific in the writer’s room that I never wanted to call it out; I never wanted to call attention to it,” said Feldman. “I just thought: wouldn’t it be nice to live in a world where you don’t have to constantly qualify yourself?”

When she realized she had the ability to create that world, she did. Judy became the perfect canvas for a relationship built on mutual connection and kindness and the team made sure it was reflected in the woman she fell for. “We wanted to create this dynamic where for the first time, someone takes care of Judy,” said Hughey. “Judy always cooks for everyone, she’s the one who takes care of everyone emotionally, and finally we have Michelle step in and be that person for her. But we wanted to space it out and have it roll and genuinely develop it.”

The writer continued, “One of the things we talked about in the writer’s room was when someone like Judy is in a relationship with someone like Steve, he kind of made the choice for her. And she’s coming out of that and healing from that relationship and learning who she is and what she wants.” 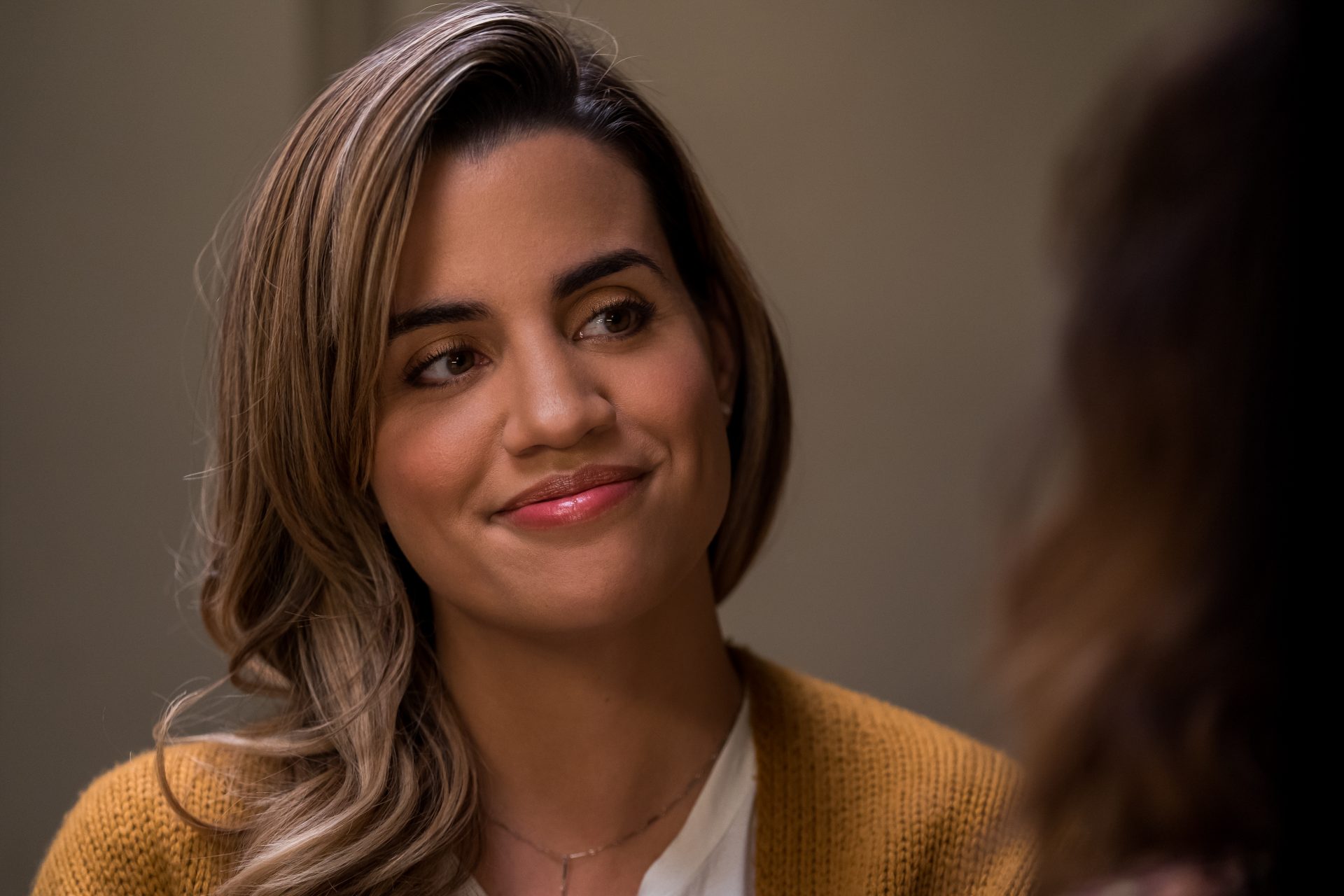 Judy’s story is not a coming-out story; it’s not a story about a woman realizing something groundbreaking about herself. It’s a story that helps the character through her own personal growth by giving her a chance to, according to Feldman, “lean in and allow herself to be in a relationship that feels good without compromise.” It also impacts, in a good way, the other equally important relationship in her life. Hughey said, “Judy and Michelle’s relationship served Judy and Jen’s relationship. It urged the unconditional love between these two women. They just see each other for who they are and they don’t have to explain each other.”

If you were one of the many fans who entered season two of Dead to Me unaware that the easy friendship between these two characters would lead to something more, it was the hope of everyone involved that you saw something emerge that you didn’t have to think about. “I think it’s truthful,” said Hughey, reflecting on Judy and Michelle. “The more people see relationships like this, the more it seems normal. We very rarely see something like this portrayed this way.”

Or, in the words of Feldman: “To me, the most interesting aspect of it was that it just was.”