Members of Doom Patrol have already shown up in the fourth episode of Titans, but now their own show is gearing up to premiere on the streaming service the day after Valentine’s Day, Feb. 15. Perhaps in keeping with that theme and holiday, the first teaser for the show features the distinctive vocal strains of Tiny Tim exhorting the listener to tiptoe through the tulips with him. As the song plays, the team struggles to find the perfect pose for a group photo:

So who are these people? Niles Caulder, a.k.a. the Chief, is sort of a dark version of Professor X; a wheelchair-using, massively manipulative team leader who may have caused the accidents that gave his protegees their powers in the first place. Timothy Dalton is lacking the bushy beard, but otherwise seems a perfect choice. 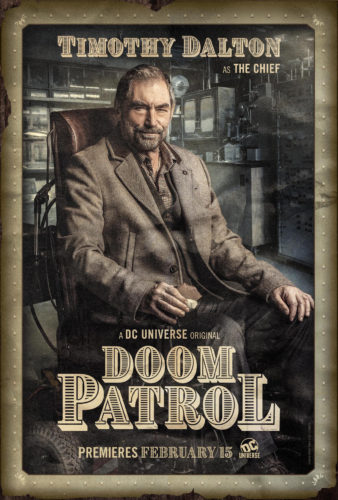 Cyborg, you probably already know from the Teen Titans cartoons and Justice League movie. Here, now played by Joivan Wade, he appears to still be attempting to wear normal clothes. 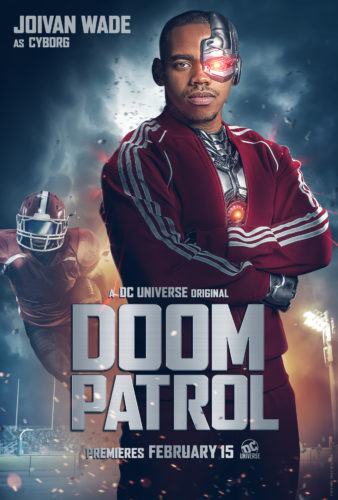 Elasti-Woman, presumably renamed from Elasti-Girl presumably not to be confused with the Pixar character (and also because the character is not a child), has exactly the powers you think she does. April Bowlby will consider this role a stretch. 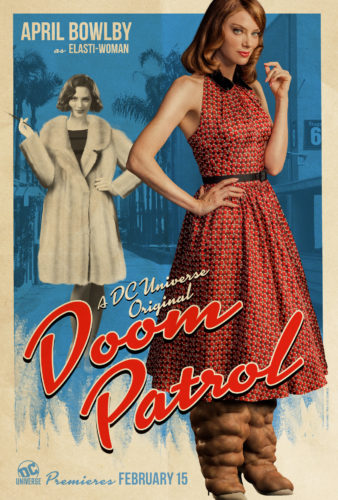 Negative Man is the rare superhero to actually be horribly disfigured by the radiation that gave him his powers. But at least he can leave his body in astral/energy form to fight. He’ll be played by Matt Bomer, who looks anything but horrible. 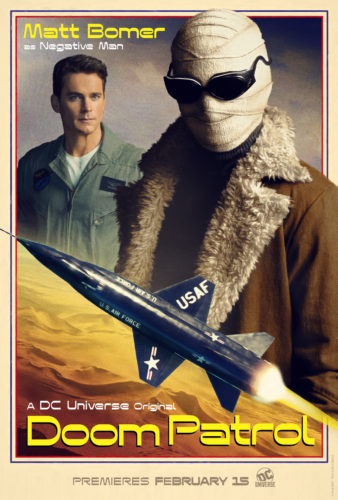 Robot Man, formerly race car driver Cliff Steele, has a human brain in a mechanical body. And the voice of Brendan Fraser. 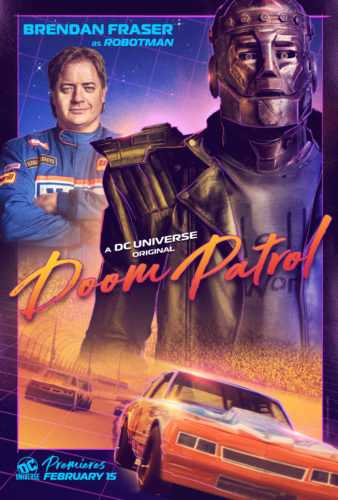 Crazy Jane has multiple personalities, each with a different super power. She has tried to reconcile them all, but as her name suggests, that doesn’t always work. But they’re all played by Diane Guerrero. 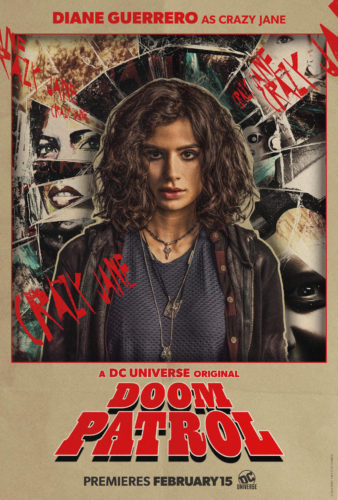 We’ll find out more this February on DC Universe, which is now also available on Amazon Fire TV.