DC Comics has big plans for 2018, and at 10am on a chilly Saturday morning they shared them with those of us brave enough to battle the con traffic and get a seat for the inaugural DC Publishers Panel Live Stream at WonderCon. Chaired by Dan DiDio and Jim Lee, the panel hosted a selection of star talent and focused heavily on the newly announced creator curated imprints: DC Zoom, DC Ink, Black Label, and Sandman Universe.

Introducing DC Ink and Zoom’s EIC Bobby Chase, DiDio stated that the young readers and middle grade imprints are “our way to reach out to a different, younger audience who’re reading different books, manga, and graphic novels!” Bobbie Chase has been working on Zoom and Ink since 2012, and is clearly incredibly passionate about the new lines, adding “it’s fantastic, and it’s been a long time coming.” The massive success of DC Super Hero Girls has been a big part of why DC moved forward with Zoom and Ink, and Chase has gotten a who’s who of kids fiction for the new releases. “We’re working with some authors who’re at the top of their game and so well known in the middle grade book market. We’ve just got some really exciting people coming in,” Chase exclaimed. DC Zoom is the middle grade line, which is aimed at readers ages 8-12, and Chase told us they’d be focused on “coming of age stories with a safety net, stories focused on kids learning about their world” and will include creators like Meg Cabot–whose Black Canary: Ignite story was announced with art by Cara McGee–Franco, Art Balthazar, Shea Fontana, Minh Le, and Dustin Nguyen. DC Ink is aimed at the young adult audience and the fantastic Mariko Tamaki was on hand to talk about the book she’s writing, with art from Steve Pugh, Harley Quinn: Breaking Glass. The story will see Harley as she finds her feet in Gotham, moving in with a crowd of drag queens as she deals with the encroaching gentrification of Gotham. “It’s been really amazing to have this freedom to write something this big at DC,” Tamaki said, smiling. “It’s really fun to have that space, to be grounded in the character. It’s about really staying true to the character whilst finding new ways to interpret her.” 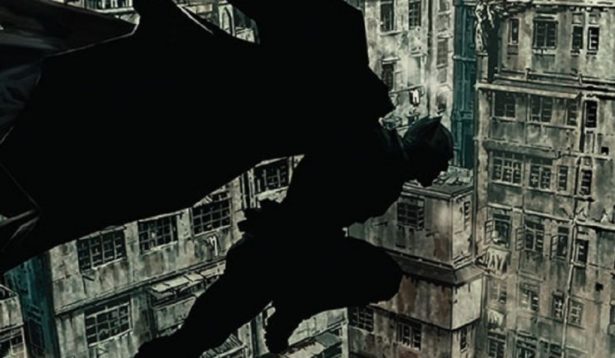 After an exciting opening which promised a fresh, new, and necessary direction for DC, all eyes turned to Jim Lee as he opened up about his passion project, DC Black Label. The imprint will see DC attempt to harness the power and popularity of some of their cult classic comics like The Dark Knight Returns and The Killing Joke. The pair were joined on stage by Mark Doyle, who’s Executive Editor of both Vertigo and Black Label, to talk us through a video about the upcoming titles. Numerous creators appeared including Scott Snyder, waxing lyrical about his new Batman book with artist Greg Capullo at the imprint. “What black label means to me is freedom,” Snyder explained. “The story that we’re telling is a cumulation of all the storytelling that Greg and I have done on Batman, it’s how our Batman story ends.” Finally it was on to Sandman Universe which looks to be a massive expansion of the beloved comic. “Neil is just an incredible treasure trove of stories, and he created all of these incredible characters,” Doyle espoused before screening a video of Gaiman himself, who stated that “the four writers dreaming this dream with me are the best in the universe.” One of those writers, Nalo Hopkinson, joined Doyle on stage to talk about her new Sandman book that’ll introduce a new house to The Dreaming–The House of Whispers. On a recent trip to New Orleans, Gaiman told her that “I want you to take the toys I’ve created and tell your own stories,” which, for Hopkinson, was a dream. “I get to take the bits of Sandman that resonated with me and bring them back out,” she shared. The upcoming Sandman Universe #1 special with a cover by Jae Lee will be the entry point for fans.

Which of the DC Imprints are you most excited about? Can’t wait to read a new Sandman book? Just wanna see some great YA DC comics? Let us know below!