David Lynch's DUNE Is Getting a 4K Blu-Ray Release - Nerdist

David Lynch’s DUNE Is Getting a 4K Blu-Ray Release

The spice must flow, and flow it will this year. Director Denis Villeneuve’s highly-anticipated new adaptation of Frank Herbert’s Dune will finally come to theaters on October 1. But if you need even more Melange in your life, you’ll also be able to watch David Lynch’s 1984 version like never before. Arrow Films has announced the film is getting a 4K release. And it comes loaded with goodies for diehard fans.

The Kyle MacLachlan-led version of Dune is coming to home theaters with a jam-packed 4K bundle. (Which we first heard about at /Film). It will come in both a standard set and as a SteelBook exclusive. You can order your copy as a 4K Blu-ray, or in Ultra HD. 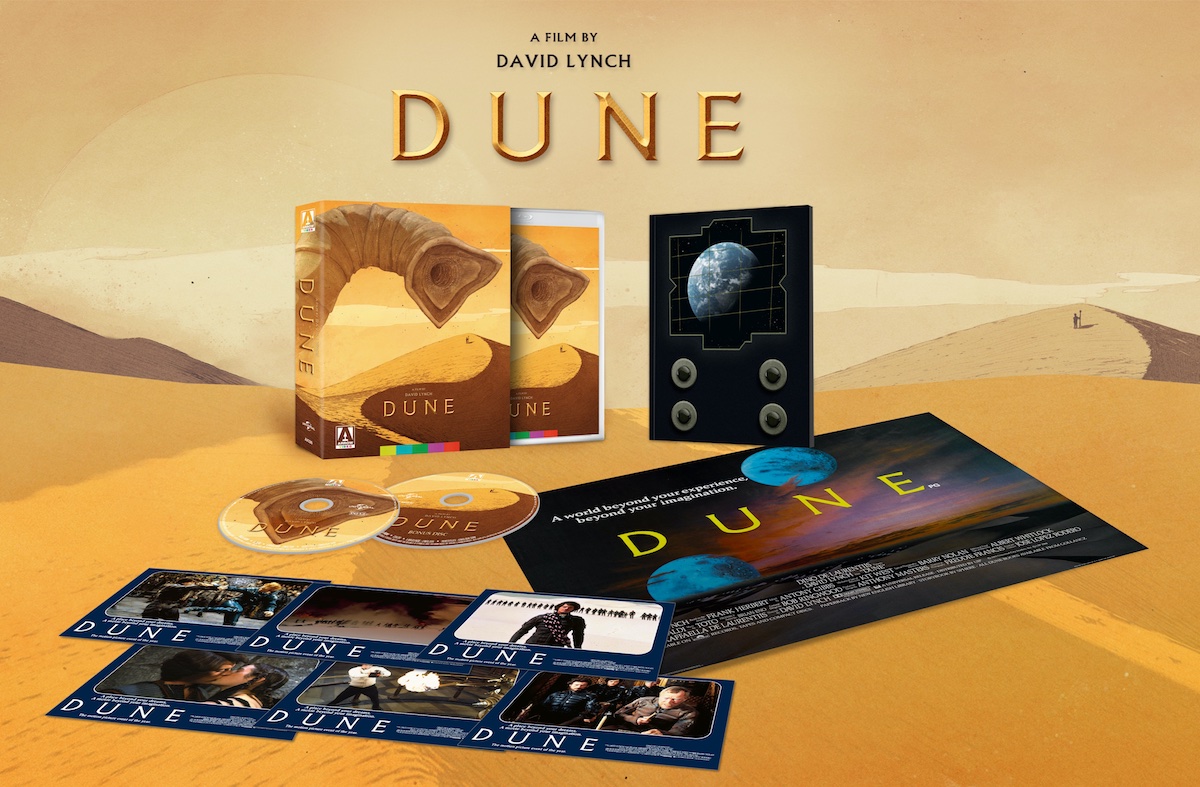 Each version will feature a brand new 4K restoration from the original camera negative. They will also come with a 60-page perfect-bound book that has new writing about the movie. The book also has as a 1984 American Cinematographer interview with sound designer Alan Splet, excerpts from an interview with the director from Chris Rodley’s book Lynch on Lynch, and a Dune Terminology glossary from the original release. And both sets also include six double-sided and postcard-sized lobby card reproductions.

The two-disc standard set also has a large fold-out double-sided poster featuring original and newly commissioned artwork by Dániel Taylor. As well as limited-edition packaging with a reversible sleeve. That also has new art from Taylor. 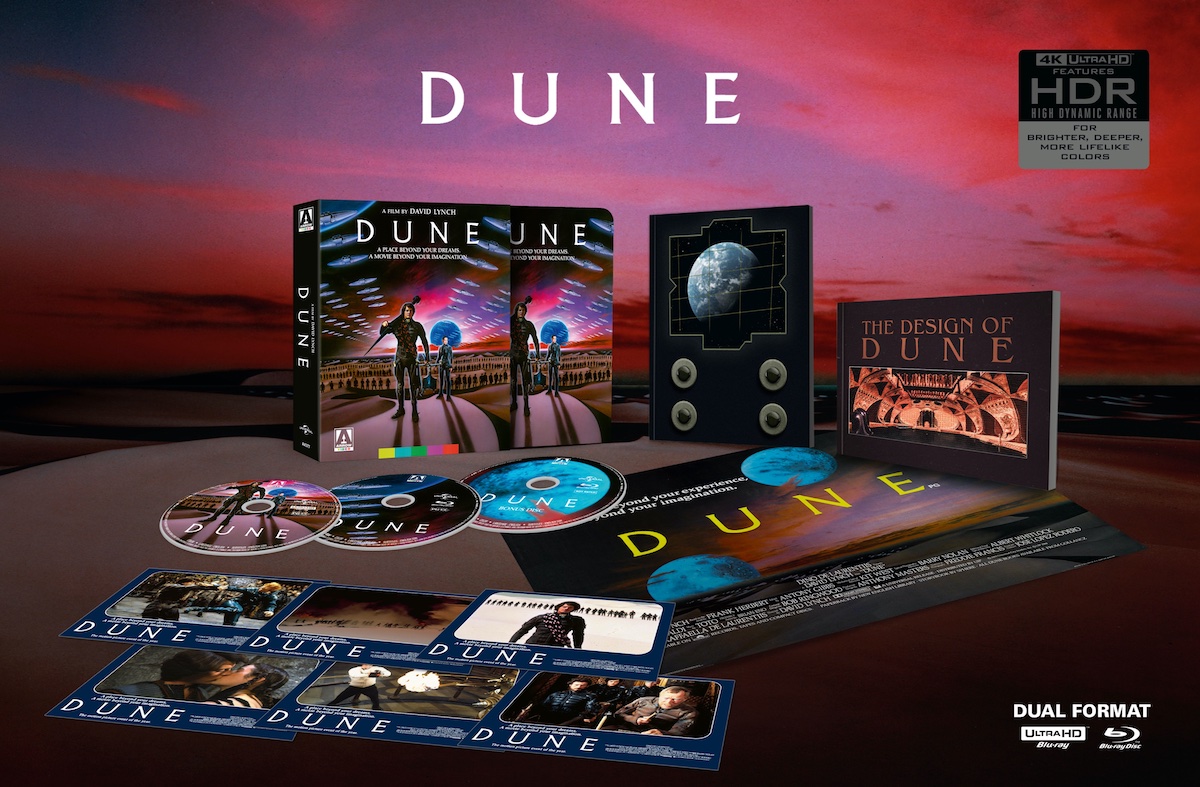 The three-disc SteelBook comes in Deluxe rigid packaging with original theatrical artwork. It also has its own large fold-out double-sided poster with original theatrical art. And there’s also an additional 100-page book included. It has original pre-production concepts and designs by Anthony Masters and Ron Miller. As well as an interview with Masters from the film’s press kit.

Those are just a fraction of the bonus content included with each set. You can find a full list of both set’s extras where they are available to pre-order. Check out Arrow Films’ Twitter account to see where you can get yours (and for how much) in the US, UK, and Canada. The sets begin shipping at the end of August. Which is plenty of time to watch all the content on each before the new Dune comes to theaters.