Ever since Disney first announced their intentions to merge with Fox in a nightmarish corporate takeover which has got antitrust lawyers ringing their hands, comic book fans have largely been focused on one question: What does this mean for the future of the X-Men in the MCU?

As we move ever closer to the June release date of a film that many were unsure would be released, we’ve been thinking about how Dark Phoenix could spark the flame of the MCU introducing the classic team. The fact that the film will feature Jean Grey under the influence of the unfeasible and almost omnipotent power known as the Phoenix Force means that it would be easy for them to essentially erase the canon of the Fox franchise and make things ready for Marvel Studios to take over.

We’ve put together a list of stories that could stem from the events of Dark Phoenix, ranging from classic crossovers to famed arcs and potential big bads to new teams.

This seems like the most likely route, as it would be a way to introduce the new players into the already established world of Earth’s Mightiest Heroes. Though it’s incredibly unlikely that any of the X-Men from the Fox universe will appear in the MCU, this arc could be a great way of bringing in a new roster as the story focuses on the Phoenix Force as it searches for a new host. If Jean ends up dying in Dark Phoenix just like she does in the comics, the cosmic entity will need someone new to possess, and it could be a simple way of ending the Fox franchise whilst paying homage to what came before.

Although it would be impossible for Marvel to make a direct House of M adaptation due to the fact that the MCU already had a very tough “No More Mutants” stance over its 10 year history, the studio could very easily retroactively utilize the story in which Scarlet Witch is manipulated by her brother and father into shaping a world where mutants rule. Instead of erasing mutants, Wanda’s universe building powers could speak mutants into existence, or the film could even reveal that she’s been protecting them by hiding the fact they were alive all along.

When it comes to bringing the X-Men into the MCU this seems like a pretty logical way to do it, especially as it’s likely that Endgame will include time travel. This popular reimagining of the original five X-Men saw them de-aged and brought to the modern day. It’s a simple but effective way that Marvel could launch a new generation of heroes without having to explain where they’ve been for the last 10 years… because they’ve been in the past this whole time!

For those of you who have yet to come across Charles Xavier’s twin sister that he tried to kill in the womb–probably because he could telepathically sense she was evil—she is truly a force to be reckoned with. There’s a slight chance that Jessica Chastain’s mysterious white haired character could be Charles’ sibling, which could offer up a chance to connect the two franchises. But it’s more likely that if the MCU chose to utilize her they would introduce the powerful antagonist as a big bad for the current roster, who would eventually draw out her brother as she caused more chaos and destruction.

There’s a chance that, after Endgame, the Avengers will be no more, which means there would be space for a new team. The next assembly could represent something different, and could be more Machiavellian in their actions. In the comics, the group is established by Tony Stark and includes prospective new MCU additions Namor and Reed Richards, as well as current Avenger Doctor Strange and notorious MCU reject Black Bolt. The key here is that another face of the shady superhero group is Charles Xavier, so this could be a way of introducing the man behind the X-Men. There’s also a chance that it will be revealed that the Illuminati already exist as a way of introducing all of the men behind them.

Though the most famous X-Men are the most likely to turn up in the MCU, the fact that most of them are probably about to die in Dark Phoenix means that Marvel might need a different kind of mutant. The Morlocks are a subterranean group of outcast mutants who, when they were first introduced, lived under the streets of New York City. If the world needs new heroes following the space catastrophe of Dark Phoenix and the devastation of Thanos, maybe the mutants we need were right under our noses all along. 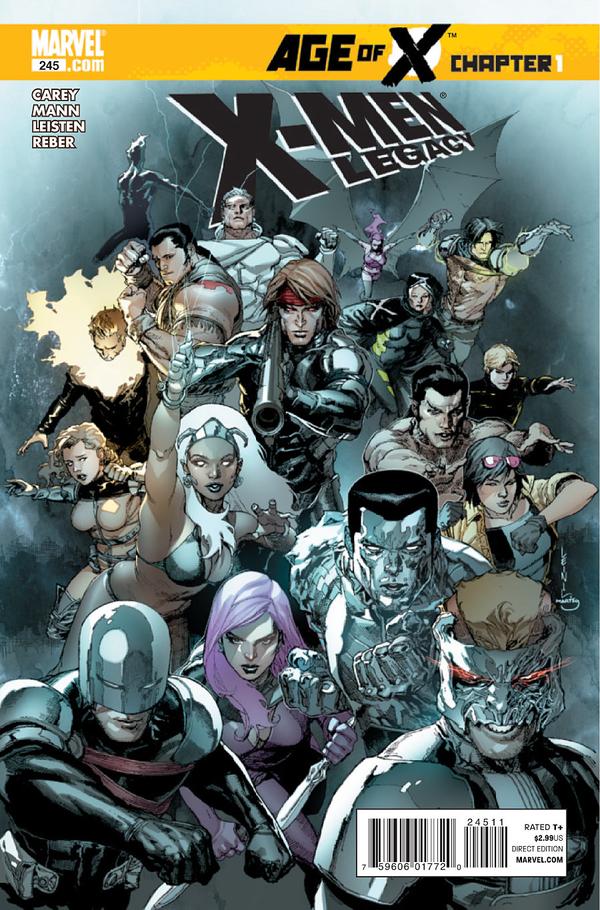 Another mind-bending way that the X-Men could join the MCU would take inspiration from this Legion-centric story which imagines a world where Charles never set up his School for Gifted Youngsters. It’s a dystopian and horrifying place which is close to universal destruction, almost like the world after Thanos’ decimation. We’re pretty sure they won’t pull an “it was all a dream” twist like they did at the end of this miniseries when it was revealed that Charles’ son had projected the terrifying reality onto the world, but using the concept of a world without Xavier’s as a way to showcase the difference the team could make is an interesting prospect.