Critical Role‘s Taliesin “Percy” Jaffe is a working actor of 30 years and a tabletop RPG player for 25 of those. He directed the Hellsing and Hellsing Ultimate dubs, as well as played the voices of Darion Mograine in World of Warcraft and Blanka in Street Fighter IV. I’ve had the pleasure of knowing Taliesin for several years now, and I can tell you that he is one of the kindest and most humble people you will ever meet. His gentle nature is reflected in Percy, but with the Briarwood confrontation looming over tonight’s episode, will we see a darker side to the beloved exiled aristocrat?

How were you introduced to role playing games?

I had those sorts of friends in high school. We were big into Rifts, Warhammer, Vampire the Masquerade and such. Spent some time as the Vampire Prince of Los Angeles in a LARP. I even tried my hand at being a dungeon master for a Shadowrun game for a while. I thought I was pretty good until I met Matt.

Did you have your idea for Percy first, or did you build the character around your chosen class? 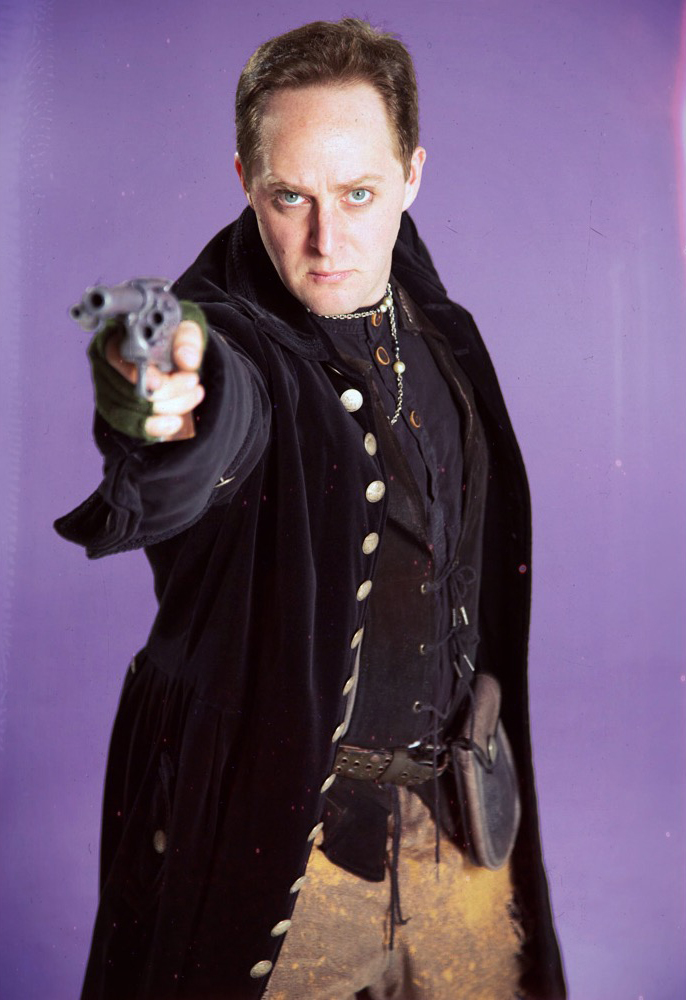 I play people I’d like to meet. I’m going to be spending so much time with them that I want to like them, even if they’re terrible people. Not sure what that says about me. Percy, for example, is completely charming. He’s a guilt ridden mess, but he really does try to keep it to himself. Smart, damaged people are the best.

I already had a version of Percy sitting in my head for an unwritten story. He’s this wonderfully damaged boy who thinks his whole life has been defined by this one act of cowardice, and it has, it’s just not the act he thinks. Repeat viewings of Plunkett & Macleane certainly helped as well.

When the game originally started it was a Pathfinder game. In Pathfinder, there’s a Gunslinger class. I was intrigued as it was something I’d never seen before. There had been a story bobbing around my head about what sort of person would build the first gun and what the circumstances would have been, and it all seemed to fit together wonderfully.

So how did you convert the mechanics to work in the Dungeon & Dragons system?

The trick moving it to D&D was making something different than an archer. So where the archer has a lot of interesting ways to inflict damage, the gunslinger is more about speed and effecting enemies. Blinding people, shooting stuff out of peoples hands, quick draw and the like. Very Spaghetti Western.

Why do you think viewers want to watch you play Dungeons & Dragons for 3+ hours each week?

I had no idea for quite a while. Thanks to the recent group split episodes, I finally got to sit back and watch a couple episodes. It’s funny, engrossing, and nerve-racking. It’s good theater. To put it in Percy-prissy-pants terms, it’s like a modern take on Commedia dell’arte: watching actors play with rules of interaction. I love it.

Aside from your own, which player character is your favorite and why?

I love everyone. Seriously. Anytime anyone is missing from the game there is a vacuum. But Zarah was incredible to watch. Just a hurricane of character and power. Wowza. Mary Elizabeth came in for a two episode guest spot during The Trial of the Take and brought so much energy with her badass Tiefling warlock.

The recent Keyleth-centric episode was amazing. While searching for her mother, Keyleth had an encounter with one of the tribes of her people: The Fire Ashari. She had to prove herself to them through a ritual. It was an intense ride. Everything I love about the show rolled into a three…er…four hour episode. From before the show? That would be our winter festival Christmas session. Music, pie eating contests, mysterious artifacts freezing the town. Good times.

Do you have a favorite in-game mishap?

About a year before we went to Geek & Sundry, Grog rage looted a dragon den. Anyway, the dragon showed up mid-looting. We ended up getting into a very needless fight and killing a very nice dragon who probably would have helped us save Emon. I think Travis still feels guilty. And yet he still tries to take my stuff….

Let’s talk Percy… his backstory is the current plot line. A slow burn in the latest episode. You said it was “so much worse” than you imagined (in the good way, of course). What’s been going through your head since that massive cliffhanger? 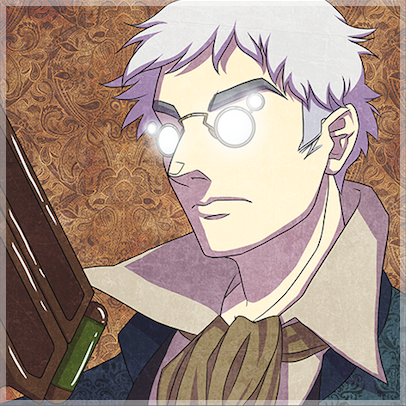 Oh God, I hope I survive this. Beyond that, I’m wondering how he’s going to react if he does come across his moment of vengeance. He’s genuinely conflicted about it. I’m going to be as surprised as anybody.

You seem to be a quiet and observant player. Then you whip out a natural 20 and Percy does something super badass. Is that Percy, or is is that your play style? You’re plotting something, aren’t you? ADMIT IT!

It’s Percy. I picked up the wait and see attitude early on because there were so many first time players, I like seeing what people bust out. Percy is a bit of an observer/cat herder.

How did you name your guns?

I love bad word play. It’s fantastic. “Bad News” is pretty self explanatory. “Pepperbox” is occasionally referred to as “The List” because of the five names inscribed on the barrel.

Yes! You just mentioned that detail in the last episode. I busted out laughing when Tiberius asked you what you called your latest creation, and instead of calling it “a taser,” you replied, “…Diplomacy.” Just how long have you been planning to create Diplomacy?

I’d been working on something for Grog back in the Pathfinder game, but started adapting it for my use when Orion pointed out to me that I didn’t have a quiet, close-range attack option. As for the name, I honestly hadn’t really thought about it. That was literally what popped into my head. I’m glad it came off as a well oiled plan.

What do you think of #NoMercyPercy?

I love it, but I imagine Percy would be a bit embarrassed. He thinks of himself as a bit of a bookish coward. He hasn’t figured out that being scared is normal.


Tune in to Critical Role tonight at 7pm PST on Geek & Sundry’s Twitch Channel, or catch it on our website next Monday. What are you most excited about in this story line? How do you think events will unfold? Let us know in the comments!