Critical Role's Matthew Mercer: Where You've Heard Him Before - Nerdist

Critical Role’s Matthew Mercer: Where You’ve Heard Him Before

I met Mercer several years ago when he was performing in a friend’s live radio play. While watching that performance, I instantly knew he had some serious acting talent. I thought to myself, “This guy could be the second coming of Crispin Freeman.” Turns out, I was right.

Shortly after, Mercer was cast at Tygra in the Thundercats remake, and I watched his career take off like a rocket. Here are some of the roles he is most proud to share: Leon was first introduced in Resident Evil 2 as a rookie police officer who gets caught up in Raccoon City’s zombie outbreak. He returned as a government special agent in RE4 and again in RE6 when he was voiced by Mercer. In Resident Evil 6, Leon teams up with Helena Harper to expose the conspiracy that lead to a bioterrorist attack and the death of the U.S. President.

Attack on Titan is an insanely popular anime in which humanity has been decimated by man-eating titans. After 100 years of peace, the titans have returned to devour the rest, but Captain Levi and his army will do whatever it takes to stop them. Levi is a fan favorite because of his cold, calculating mind and his superior aerial-combat skills.

Wabbit is 2015’s updated version of the classic Bugs Bunny cartoons, slapstick and all. The show wanted to keep the feel of the classic shorts, while modernizing them with fewer anvils and more recognizable falling heavy objects. Mercer plays Bigfoot, the big dumb, loveable lunk who doesn’t understand laser points or pancakes. It’s super adorable. 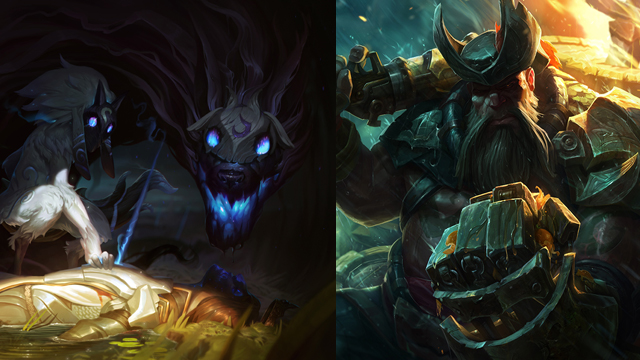 Mercer voices two champions in League of Legends. First is Gangplank, the pirate king feared by sailors and land-lubbers far and wide. Riot actually did a bit where Gangplank “died” and came back with a metal arm and a thirst for vengeance. The second champion is the Wolf half of Kindred (Kindred is technically two entities of Lamb and Wolf). Kindred is the personification of death. Lamb swiftly and peacefully ends lives with her bow, but Wolf hunts down and rends those who try to flee from the inevitable. Robert MacCready is a mercenary and former mayor of Little Lamplight. He can eventually join the protagonist, for a price, and is one of the few who can steal items. If the Solve Survivor can garner enough favor with MacCready, he’ll grant the player the Killshot perk which boosts hit percentage for heads in VATS by 20%. 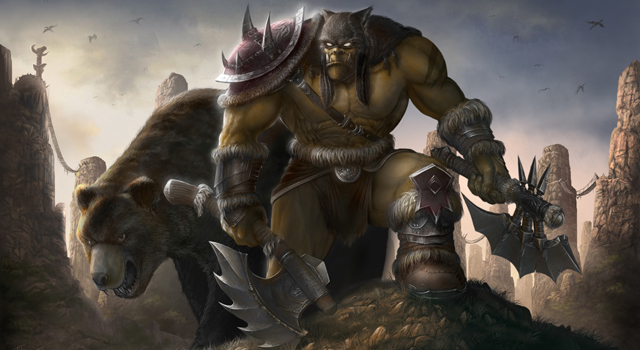 Rexxar is a half-ogre, half-orc which is either horrifically ugly or terrifyingly beautiful, depending on your point of view. He is a beastmaster of the Mok’Nathal clan and a champion of the Horde. Much like Vox’Machina’s Vex’ahlia, he too has a faithful bear companion named Misha. Aww, maybe Vex and Rex can set up a play date.

Mercer has provided vocal performances in dozens of animations and video games including Star Wars: Battlefront, Fate Stay/Zero, Naruto: Shippuden, Tenkai Knights, Guild Wars 2, and many more. You can also see him do live performances in Mythica, Pen & Paper & Laser Guns, School of Thrones, and The Evil Inside.

To hear more of Mercer’s wide array of characters, tune in to Critical Role Thursdays at 7pm PT on Geek & Sundry’s Twitch channel or by checking out the videos posted Mondays at GeekandSundry.com!