It’s almost Halloween and that means it’s time to carve some pumpkins! We’ve carved our own G&S and Critical Role pumpkins and wanted to share so you could too! Follow the steps below and let us help you figure out how you want to do this! 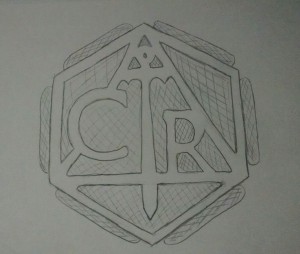 Pumpkin patterns are a lot easier when they’re black and white, so you might want to print or sketch your pattern in grey scale. If you don’t want to make your own pattern, feel free to use ours (check out the gallery below)! Just make sure you have a clear idea of what you will cut and what you won’t.

Step 2 – Pick Your Pumpkin and Gather Your Tools 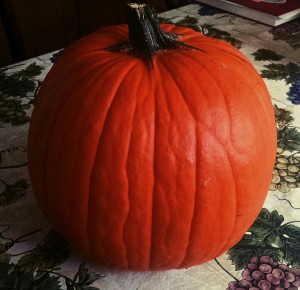 A great carving can be ruined if done on the wrong pumpkin. Make sure that you’re picking a pumpkin that can nicely fit the image you want to carve. It wouldn’t make sense to pick a small, round pumpkin if you want to carve Grog the Goliath.

Likewise, the right tools can make all the difference. We usually like to have a few knives of various sizes and sharpness, one or two spoons to scoop out the pumpkin, and a hammer and nail when doing small circles.

Step 3 – Transfer Your Pattern to the Pumpkin 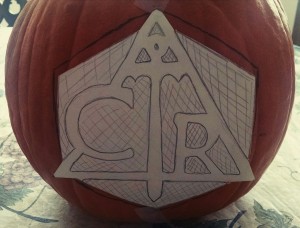 Newsflash: Pumpkins are generally round objects. Flat patterns do not always transfer well to a round surface (if you can, find a pumpkin with a flat side to make this easier) so you might have to adapt your pattern a bit. You’ll notice we had to change the point of the sword to make sure it would line up on the pumpkin. Don’t worry too much if your pattern doesn’t fit. Just make sure that you like the image you end up with on your pumpkin before you start carving.

Step 4 –  Scoop Out the Pumpkin 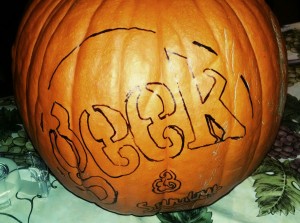 We like to avoid cutting until we’re happy with our chosen pattern on our chosen pumpkin. Once we’re satisfied, it’s time to start scooping! If you’re doing more than one pattern on a single pumpkin, it’s better to cut off the top of the pumpkin and scoop out the innards. If you’re carving only one image, it’s better to open the back of the pumpkin to scoop it out. This will make for easy access while cutting and testing your carving.

Step 5- Do the Difficult Things First 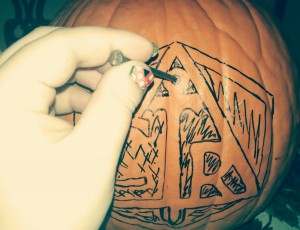 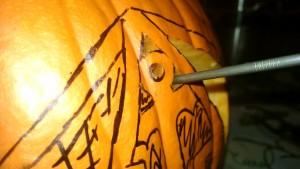 It’s better to do any tiny details first. This way, you have more pumpkin to support the little areas and they’re less likely to break off. Since the sword pommel had a hole in the middle, we used a hammer and nail to accurately make the hole first. We then use the nail to cut out the small areas around the pommel. This would have been much more difficult if we waited until the end. 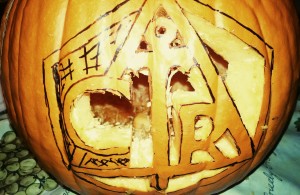 Go slowly! You’re less likely to break parts of your pattern (and accidentally injure yourself) if you go slowly. We usually like to use a small, sharp knife to score the pumpkin, slowly deepening the cuts until the parts we want removed are gone. It’s also easier to work from one side of the pattern to the other, again, to lessen the chance of something breaking.

Step 7 – Clean up that Pumpkin 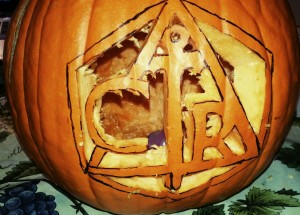 Pumpkins are fibrous so you might end up with some extra stuff in the back that reduces your pattern. It can be useful to reach inside the pumpkin (through the hole you made, not the pattern) and remove these fibers so you have a nice, clean image when you’re done. 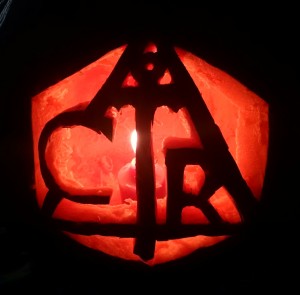 Always test how your carving looks after you’re done. This way, if something looks messy or light isn’t coming through, you can fix it immediately, rather than when the pumpkin is happily sitting on your front porch. 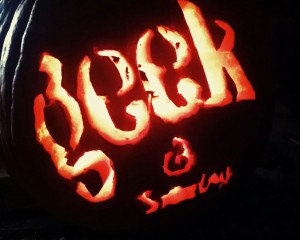 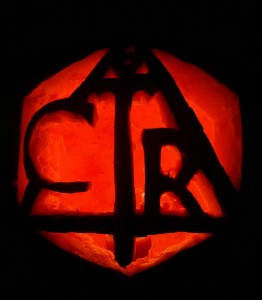 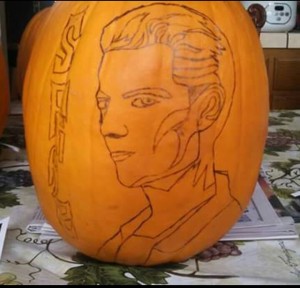 If you’re doing a complex shape, like one of the Critical Role patterns we’ve included, it’s doubly important to plan out your carving well and carve slowly. These patterns work best when there are different depths of carving. Just remember, when carving a complex shape, you’re basically creating a photo negative. So, anywhere you want light, carve out and anywhere you want darkness, leave alone. 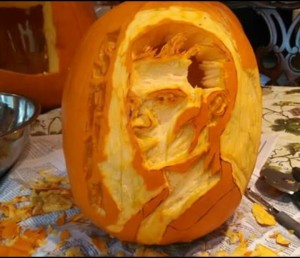 If carving a complex pattern, slowly remove layers of pumpkin and test your design with light often. That way, you can adjust before making a mistake. We weren’t able to carve any of the Critical Role characters early this year, but we hope this carving we did of Spike last year will give you a good idea on how to proceed with your CR carvings. 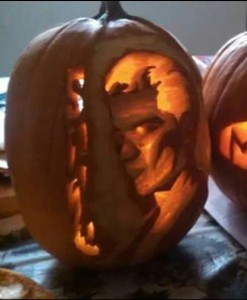 Your pumpkin is now ready to be displayed! Be proud of your work, have a happy Halloween, and may all your hits be crits!