5 Reasons You Should Be Watching CRAIG OF THE CREEK - Nerdist

5 Reasons You Should Be Watching CRAIG OF THE CREEK

by Rosie Knight
Over the last decade, Cartoon Network has realigned our expectations of contemporary animated series. Adventure Time changed the game with unprecedented emotional weight and complex serialized storytelling. Rebecca Sugar’s Steven Universe delivered beautiful, touching, and often heartbreaking queer narratives in a pastel package. And the newest addition to this fantastic canon is the absolutely lovely Craig of the Creek, which focuses on the carefree adventures of a young black boy named Craig and his friends as they explore the titular creek.

To celebrate the fact that a new batch of episodes is hitting the Cartoon Network app today, we sat down and chatted with the show’s creators, Matt Burnett and Ben Levin, about all the reasons you should be watching Craig of the Creek!

It’s All About Being a Kid 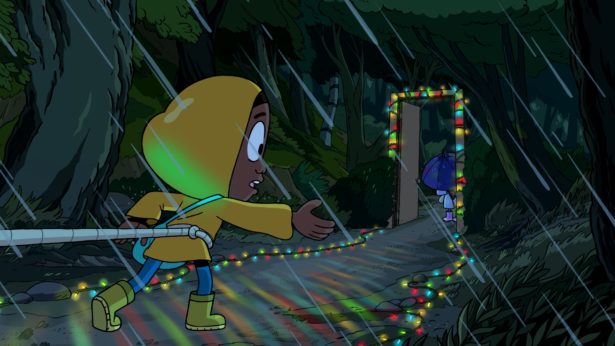 So how did Craig of the Creek come to be? “We were just thinking back about our lives, things we did as kids and what we liked to write,” Levin said. “We’d done a web series Ronin Dojo Community College DX, which was about three nerds who liked to LARP, and so we thought, ‘Well, what if instead of it being about three nerds, we made it about three kids who like to play make believe?'”

Craig of the Creek was born of Levin and Burnett’s own childhood memories, straight from the ground up. “[We] started thinking back about our childhoods, and our neighborhoods had these creeks!” Levin continued. “I think the really cool thing about it is that these creeks were really these completely free open spaces untouched by adults. We realized it was a space that we could show all kinds of kids playing all kinds of games, and could also be a way to encourage kids to use their imaginations.” 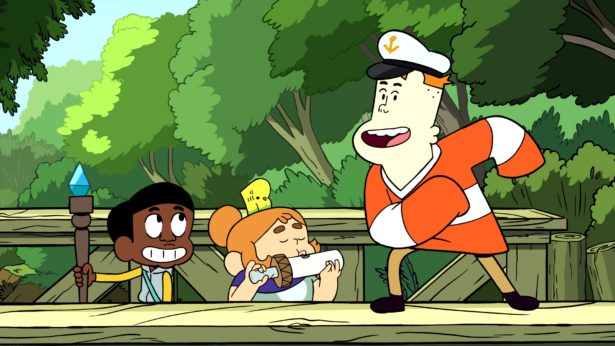 One of the things that immediately stands out about Craig of the Creek is its authentic and inclusive cast of characters. “I think more inclusivity and media and representing people that we haven’t usually seen on TV is really exciting,” Burnett said. “Our experience working on Steven Universe with Rebecca Sugar—and the reaction that show got because it was just so progressive in its inclusiveness and representation, and seeing how the audience really responded to getting to see themselves for the first time on a kids show—it stuck with us, and it’ll stick with us forever how important that is especially for little kids. We just wanted to continue the spirit of that with Craig.” 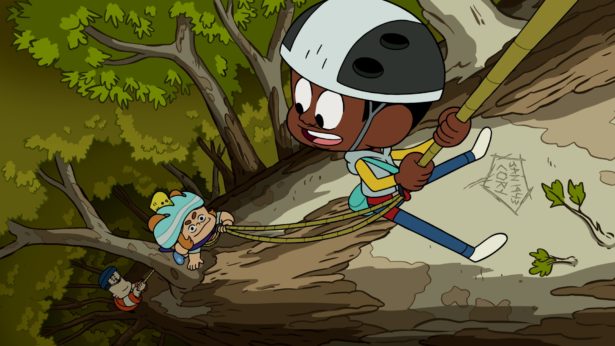 Craig of the Creek has a notably diverse staff with incredible creators like Tiffany Ford, Marie Lum, and Jeff Trammell. “To reinforce those kinds of stories, we really used it as an opportunity to work with a number of different artists that we admire and can collaborate with to help us tell those stories and depict those characters in a way that’s honest and can really resonate with people,” Burnett said.

Levin added, “Our whole crew is fantastic. I will say that our storyboard artists and writers really influence the stories, and make sure that the representation feels real and correct. When we made the pilot we went off people we knew, but once we made the show and each artist took hold of an episode, they really created those characters.” 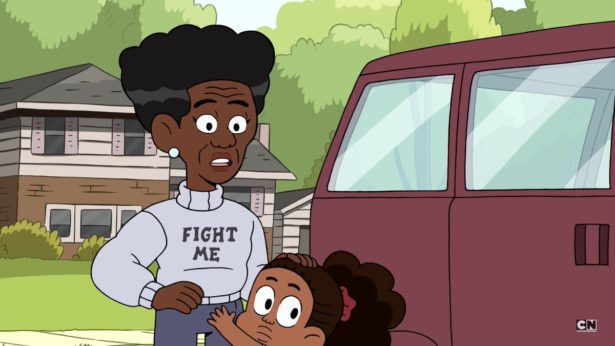 One deceptively small detail in the first string of episodes, which broadcast earlier this year, seemed to resonate with audiences in a big way. Levin said, “Storyboard artist Lamar Abrams helped us with ‘Monster in the Garden,'” which was an episode that introduced Craig’s grandparents. “We already had an idea for Craig’s granddad, but didn’t really know who his grandmother was. When we were doing the storyboarding, he was like, ‘What if she was an activist?'”

Levin continued, “We talked about when she would have been young, and we gave her this [background subtly]. It really went viral on the internet, as far as our show is concerned. People really picked up on that part of her. Seeing that picture of her at a protest was really powerful for people.”

It Has a Lot of Fun Playing with Genre Tropes 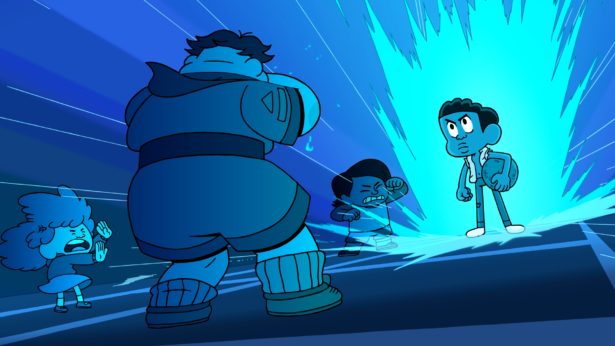 A super fun element of the show is the way its episodes embrace, subvert, and luxuriate in recognizable genre tropes. “The genre stuff really helps us exist in this grounded world that’s very relatable, and taking advantage of the medium of animation,” Burnett said. “Like the episode ‘Escape from Family Dinner’ [and its] video-gamey kind of overlay of ‘this is a mission’ and the way that Craig is treating it. That sort of evolved as we worked on the episode, trying to make it stronger and more exciting whilst still keeping his family grounded and real, and the situation just being that he wanted to get out of dinner to go and play with his friends.”

Burnett continued, “So we thought, ‘What does this remind us of in movies and TV that Craig might have seen?’ Because he’s bringing that genre to this ordinary situation. Episodes like that are super fun because we can call upon these tropes but [have them] exist in something that happens to every kid.”

You can check out new episodes of Craig of the Creek on the Cartoon Network app right now!