The Cards Don’t Lie (But You Do) in COUP: REFORMATION

Deceptions, assassinations, and mega-corporations: it must be a Coup game night! Coup: Reformation is an expansion to the destined to be a classic microgame, Coup, that adds even more strategy and intrigue to the tabletop. In a world of open rebellion, it’s now your allegiances that can make or break you. Can you survive the Coup and rise to the top? 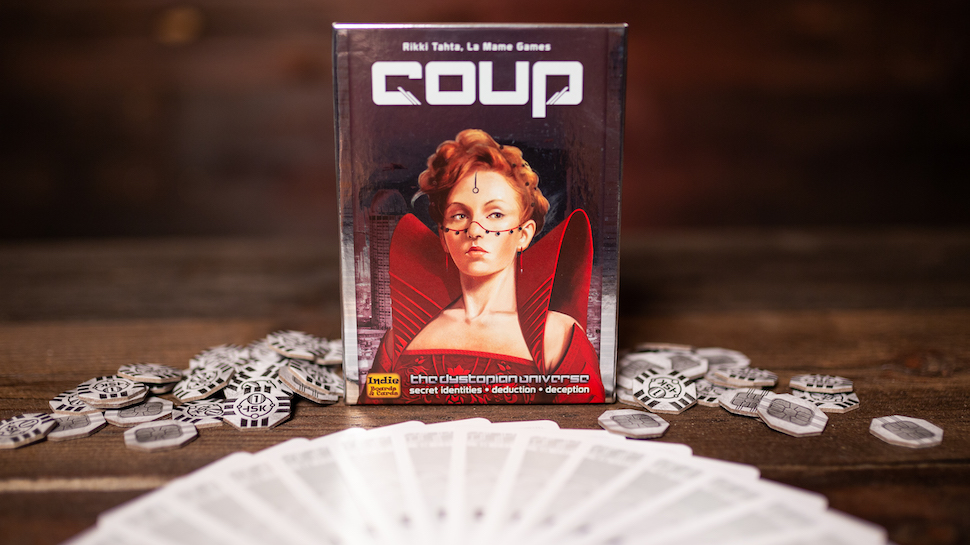 Choose your side with the government (Loyalists) or the resistance (Reformists) as the game begins. But choose wisely: players on the same side cannot coup, assassinate, steal from, or block foreign aid from each other, unless all players are the same allegiance. Then all bets are off. Don’t worry, though, you can change your mind during the game. Use one coin to change your own allegiance, or two coins to change the allegiance of your opponent, and turn the tide of the game.

In Coup, players take on the roles of the oligarchs vying for power. It will take treachery and all your wits to knock out your adversaries. Players draw two cards from the characters deck, which includes Duke, Assassin, Captain, Ambassador, and Contessa. When playing the Reformation expansion, the Inquisitor replaces the Ambassador in the deck. The two cards remain face down in front of you, and you can play their abilities against your opponents—or the abilities of any character, if you think you can bluff and get away with it. Your goal is to eliminate all other players, whether through assassination or coup, to come out on top.

To see the game in action, watch Becca and friends lie, deceive, and assassinate in a friendly game of Coup: Reformation on Game the Game!

Note: Coup: Reformation is an expansion only and requires a copy of the base game.

This post is sponsored by Indie Boards and Cards.

All Images: Indie Boards and Cards