“I didn’t know I was pregnant with Joseph,” Shawna shares. She was wrapping FIREFLY during the day and had just started on ANGEL, which were mostly night shoots. She was inhaling coffee and donuts to maintain energy, when her husband mentioned she was putting on weight. Shawna exclaimed, “How rude of you to say, I’ve been working 24 hours a day for two shows, running on caffeine and sugar!” He pointed out that she had been saying that for several months. She ran to Rite Aid for a pregnancy test; turned out she was three months pregnant.

Six months into her job on the set of ANGEL, there was a large gathering of the entire cast and crew. The DP was Australian and had just become an American citizen, and everyone on set came to applaud, congratulate, and enjoy cake with him. Shawna thought, “This would be the worst time, I bet my water will break right now.” She took a bite of a donut, and her water broke.

Not wanting to disturb the celebration, Shawna said nothing, quietly backed up and waddled out. She walked back to her costume office, and said, “I want everyone to stay calm, but I need to go to the hospital.” Everyone started running around, bumping into each other, and going nuts. Her assistant designer drove her to the Burbank hospital; nine hours later, she gave birth to her son Joseph. 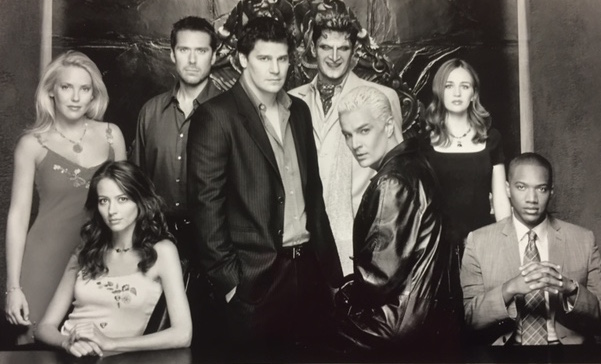 She went right back to work because ANGEL was shooting, and she was committed to the job. “You really have to love working in entertainment,” Shawna conveys, “especially when you have kids too.” While enjoying the work, she ended up getting burned out; so later when she became pregnant with her daughter Sarah, she took 2.5 years off to stay at home with her children. To support herself, Shawna sold all of Inara’s dresses when she was on her maternity leave.

In addition to balancing family life, Shawna describes the challenges of adapting to the consistent changes of a Hollywood career. Shows are cancelled, budgets range in size, and Shawna has learned how to approach her work with zen. When FIREFLY was cancelled, Shawna admits that she had no idea that it would go on to grow a cult following. “I threw away so much stuff! I didn’t have a lot of storage,” she explains. She says the cast and crew all loved working on FIREFLY, and they felt it was something special. At that point, she had been working on ANGEL and was immediately brought on full-time. However, there have been long lengths of time, spanning 2.5-3 years, with no work in the film business.  Shawna would teach art, do Accounts Payable, and sell illustrations and art.  “You have to be sort of a gypsy,” Shawna advises, “low-budget films often carry me from larger budget shows.”

Joss Whedon’s MUCH ADO ABOUT NOTHING was another project that Shawna considers extremely special, teaching her how to utilize and sharpen her resourcefulness. In contrast to a large-budget television production, this film was a 12-day shoot that had a costume budget of $2000 for 180 costumes – including dry-cleaning. 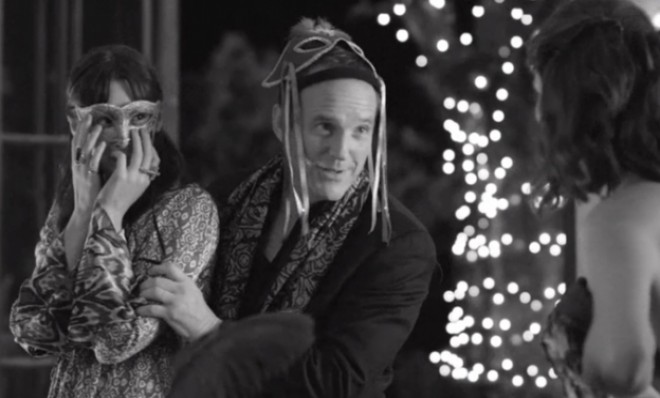 Shawna rose to the challenge; she watched a bunch of black and white shows, to study the color stills of what colors were used to accomplish different hues of black and white. She ran all over the city, pulling outfits from people’s closets, doing fittings over the phone, doing fittings via Skype, shopping at thrift stores, acquiring masks for the masquerade ball, and seeing what Joss’ friends who were doing the masquerade party had on hand. She cashed in her favors, getting 12 racks of clothing from FOX on loan. Shawna explains how much she learned from this project; the lower the budget the harder the job. Every project she does teaches her; she continues to learn and be humbled by the experience, while simultaneously growing her skillset.

Shawna imparts the wisdom she’s learned in balancing emotional attachment to her coworkers amidst the ever-changing Hollywood projects and environments. “It was hard when I was younger, I didn’t understand it at first,” she shares, “I would get very attached to people I worked with during filming, and then you never see or talk to them again.” Then she developed the opposite problem of not wanting to get attached to anyone, for fear of them leaving. “It took years of adjustment and various projects to strike the right balance,” she reveals, “you go through a hard learning process; it’s an emotional struggle.”

She expresses how Joss was skilled at creating community on set; everyone on DOLLHOUSE was very close. She styled Eliza Dushku’s closet, which Shawna grins and wryly says “It wasn’t a hard job styling her; she’s not afraid.” For example, Eliza was doing a red carpet event, and Shawna bought this old lace Victorian dress, a modern leather belt, and leather shoes, and Eliza rocked that red carpet. Conversely, they put together a conservative Tory Burch look for her guest appearance on the Dave Letterman show, which Shawna says “she rocked that too; she’s very bold, I love styling her.” 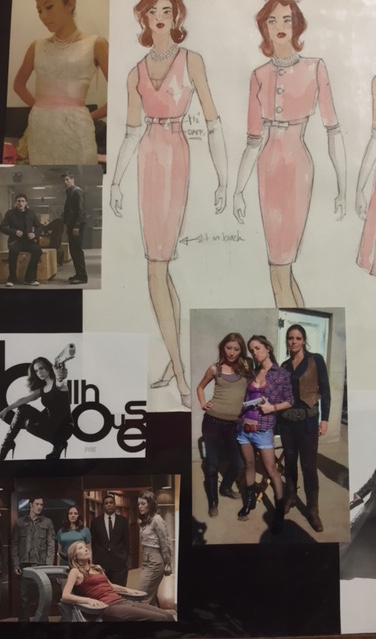 Through creating a family, she developed her own home base. In contrast to being single and having that sense of connectedness through a work environment, she developed it with her husband and children. In regards to her working communities now, her wise approach is “Yes they’re your friends, yes they’re orbital in your life, but they’re not a part of your everyday life.” Shawna describes how she and her colleagues keeps in touch each other’s lives through birthdays, Facebook, and events such as the Walk for Lupus together. Her lead costumer is playing at House of Blues, and they’re all supportive of each other.