Having just wrapped costume design for the TV pilot THE FRANKENSTEIN CODE, Shawna Trpcic continues forth in her career prepping to spend 6 months in Atlanta for season 2 of PlayStation Network’s series POWERS. Throughout her interview, Shawna highlights the importance of giving back to the community, from mentors and inspiration that have helped her, as well as advice she has for budding costume designers and cosplayers.

Shawna has been inspired in the community by mentors, such as Jill Ohanneson, who designed the first three episodes of FIREFLY and gave Shawna the opportunity to move up to her first job as a Union Lead Costume Designer. As far as styles she finds inspiring, she admires MOULIN ROUGE and MAD MEN, and how they were period pieces, but the costumes weren’t chained to the period. “They designed within the period to attract the modern eye; that’s what I like,” articulates Shawna.

Shawna is also inspired by art in comic books. When Shawna worked on her first paying job, the horror film MOM, one of the grips introduced her to comics. She started reading DARK KNIGHT, DAREDEVIL, and SWAMPTHING; she was drawn in by the art and became addicted. Bill Sienkiewicz is one of her favorite artists; she buys everything he draws. She also loves the story and characters in SAGA and believes it would be a dream to design for it.

Shawna is passionate about exploring characters. “You have to come from birth through today; it’s character-based, my designs,” Shawna explains. “Even in DOLLHOUSE, just a man walking down the street can be complicated – there’s so much behind how they’re dressed; their finances, their emotion, where they grew up – it all affects the way they put together their look.” Shawna enjoys doing a high-budget TV series with a film-like budget, where you really get to invest in the characters and witness them go through the changes that we all go through as human beings as characters.

In turn, actors appreciate that Shawna designs for the character. “You put a heel on a woman, and she walks differently than if she wore a cowboy boot,” she describes. If one heel is sawed down more than the other heel, it gives a gimp and changes the walk. If she tightens the waist a little, it changes their posture. The actors do research and prep for the character, and the costume enhances that with the weight, the feel, the movement. She has worked with terrific million-dollar-a-day actors, when they first step into the costume they say, “Now I know who the character is.”

Shawna has words of wisdom for developing cosplayers and costume designers in our community (she sees cosplayers as costume designers, since they’re creating characters for their own body). First and foremost, she advises, “Never give up on your dream; just always pursue it.”

Shawna emphasizes the importance of giving and being willing to work for free. “Unfortunately that’s true,” Shawna explains, “I was very, very poor growing up; working for free was a sacrifice for me.” To afford to work for free, she worked at Nordstrom Men’s Furnishings during the summer. She even scrubbed toilets, and recalls, “That humility is what helps you learn, and I think it’s a process you have to go through on a monthly, even daily, basis. You’re on your 5th or 6th Whedon project, and you get pumped up. You get secure in your future. It’s important to remain humble.” 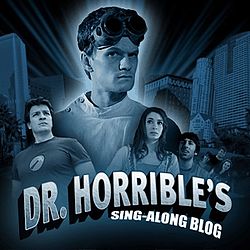 Shawna leapt at the opportunity to work on DR. HORRIBLE’S SING-ALONG BLOG. When the 2007-2008 Writers Guild of America Strike happened, Shawna’s series K-VILLE was cancelled. At that moment, Joss Whedon called Shawna and said “We’re all out of work, do you want to come work for free?” To which Shawna replied, “Sure!” Together, the team created a small, inexpensive, and professionally done project that had an overwhelmingly positive reception and won several awards, including the People’s Choice Award for “Favorite Online Sensation.” Afterwards, Shawna went on to work with Joss on DOLLHOUSE.

Shawna emphasizes that it’s important to build relationships with people you work with. For instance, she will do a big TV show and spend her costume budget with certain companies and builders on these big shows. Then when Shawna does a small indie film with no budget, the same places will remember her and offer good deals.

Shawna additionally advises any cosplayer to remember to give back to the community. It’s easy to get compliments from fans and become puffed up, and it’s important to not allow fans opinions of you to affect you. She continues to give back to the community, recently working on our short HEROINES. While not nearly the budget she is used to working with on high-budget TV shows, Shawna makes it work with her resourcefulness, talent, and previous relationships with industry vendors who respect her work. 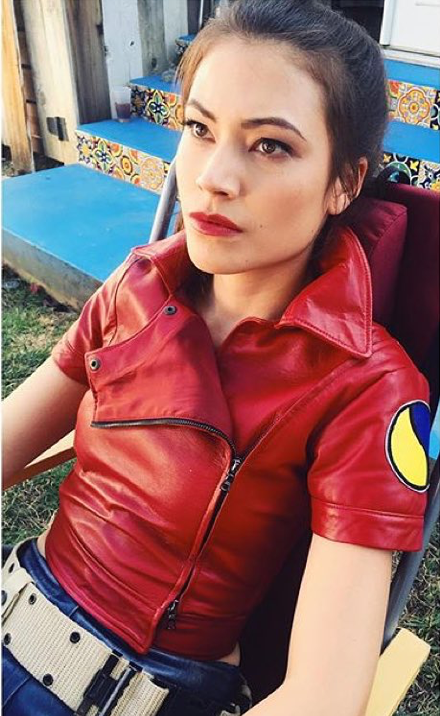 There was a point in her career when she felt as though she wasn’t being appreciated. It was a dark time for Shawna; she hadn’t felt as though others understood how hard she worked. “That’s when you start volunteering again, and being excited and passionate about your work,” Shawna expresses, “for the creative sake of it; that keeps you healthy.”

She’s also received help from those in the community who were willing to give. When Shawna recently needed help, she posted on Facebook and two cosplayers stepped up to the plate and helped her out. She describes them as marvelous, they “showed up and rocked her world” and helped her put together outfits.

Lastly, Shawna recommends focusing on the positive. “I think you have to constantly encourage people,” Shawna highlights, “if you see someone who might have a flaw here or there, instead of digging in on what’s wrong, compliment the things that’s right about it.”