Let me paint you a picture of a recent situation where my roleplaying group and I were at a pivotal moment deep into a session:

“I want to rub a pencil over the indentations to read what Vainglory wrote in her journal,” PJ stated.
“Roll a slight-of-hand check,” answered the DM Ryan.
“Natural 20!”

Multiple conflicting expletives raced through my mind at that moment. Kael’ryn, PJ’s half-elf, was about to discover my tiefling Vainglory’s big secret: she was a warlock communicating with her patron through a magic journal. On one hand, I purposely led PJ to discover the journal in order for other players to learn more about my character. On the other hand, my naturally competitive nature wanted to roll a perception check to catch him in the act, even though my character had no idea that it was happening. What I felt at that moment is just one example of roleplay bleed.

What is Roleplay Bleed? 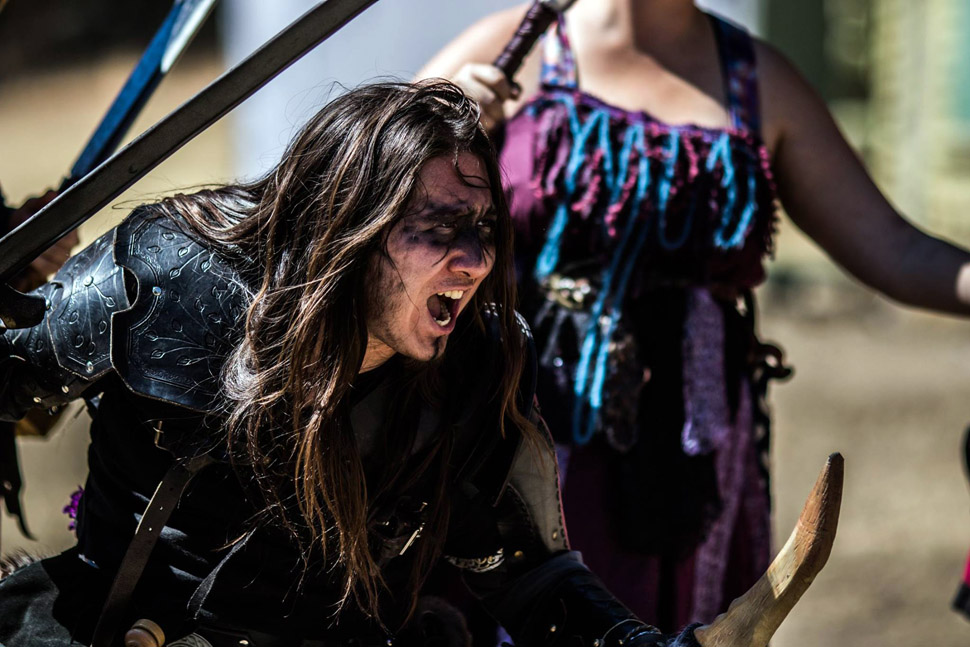 Bleed is a term I only heard about recently, mainly among live-action roleplayers (LARPers). It’s a phenomenon where the emotions from a character affect the player out of the game and vice versa. Part of the joy of roleplay comes from diving into the fantasy of being something we’re not. When we play a character for a long time, it’s easy to get swept up in the highs of victorious battle and the lows of character death. When these feelings persist after the game is over, that’s when bleed occurs.

Sometimes these emotions can affect our relationships with other players out-of-game. It can happen when we start feeling affection for another player whose character is linked in a romantic storyline. Or when character conflict makes the players want to cease playing with each other. Personally, I find romantic bleed to be the most dangerous.

Back in 2003, I started playing Final Fantasy XI, the MMORPG. After a few short weeks of playing, I met a player named Godhand. To this day, I remember seeing a tall, handsome elf with long white hair and his bow and arrows standing atop a hill on La Theine Plateau. Godhand was the embodiment of my ideal, fantasy-era male. At that time, I was currently stuck in a bad relationship that made me miserable, and the game was my escape. We became friends and moved from guild to guild together over the years. We started a roleplayed relationship. Everyone knew we were an item. However, this was only in the game. We played together for about two years before we ever told each other our real names or spoke on voice chat.

But I didn’t know that Godhand was keeping some huge secrets from me.

One day, I was out to lunch with a real-life friend who played with us. He asked me, “Did you know Godhand had a girlfriend this whole time?” I was stunned. I had no idea. He knew about my boyfriend when I started the game and our subsequent breakup. Despite learning this knowledge, I still wanted to roleplay our relationship. Yes, it was selfish, but I developed an emotional connection to this tall, handsome, hunter with white hair.

We continued a few months longer until the day I received a phone call from Godhand’s girlfriend. She found out about me and she was furious. The two of us ended up talking on the phone for several weeks. I was providing the emotional support Godhand wasn’t giving her after he basically cheated on her with someone online. The ironic thing about all this was that this woman and I ended up really liking each other. Had Godhand been straight with me from the start, we all could’ve been friends.

The more she told me about the player behind Godhand, the more I realized that the character and the reality were completely different people. All this time, I allowed the emotions of our characters’ relationship to bleed into my reality because it was fulfilling a fantasy I wanted. It was a hard, embarrassing lesson learned, but an important one.

Fast forward to 2018. For two years, my friends tried to get me to go LARPing with them. Eventually, the stars aligned and I joined them for a few games of Twin Mask, an immersive, weekend-long, fantasy LARP. I created a character named Stradha, a mysterious assassin who found herself liberated from her murderous career in this new world. In the first game, I befriended several people both in and out of game. One of them was a knight named Ser Teagan and the other a nomadic mage named Laurel Bay. These characters are played by two awesome people named Jay and Loryanna. 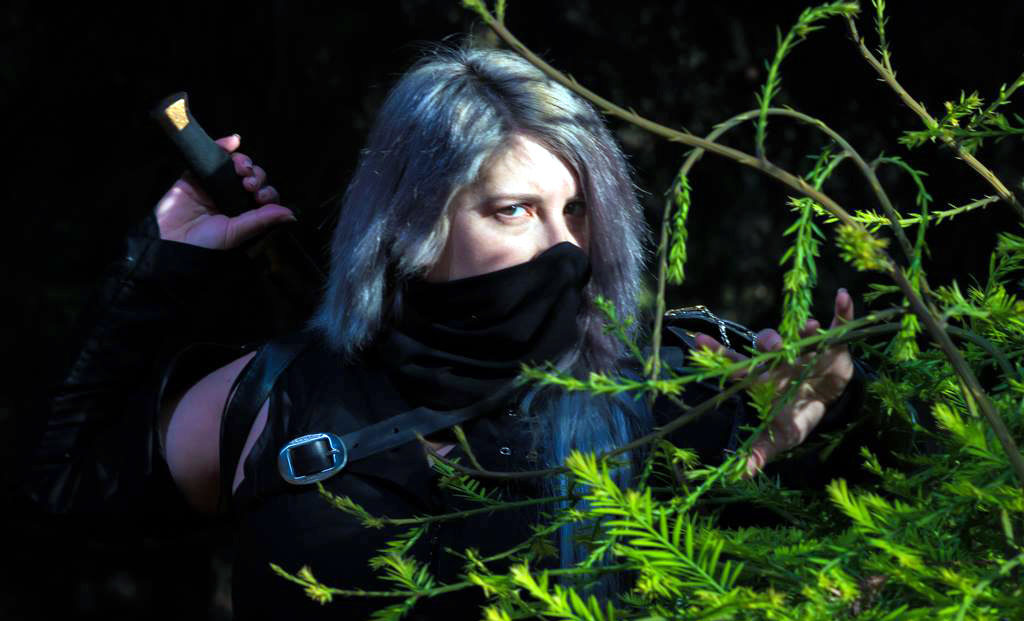 It occurred to me after the first game that Stradha probably had a crush on Ser Teagan. At the second game, I was going to lean into that. Immediately, I recalled the lesson I learned with Godhand: The character is not the player. Jay seemed like a perfectly nice person, but I really knew very few details about him. During the second game, I forced myself to remain conscious of this fact.

So when I came upon Ser Teagan and Laurel Bay holding each other and confessing their affections to another player, it was very easy for me to slip into the emotional headspace of “The person I’m crushing on likes somebody else” pain. Who hasn’t been in the position? Still, I kept in the front of my mind: The character is not the player. Stradha’s feelings for Teagan are not Courtney’s feelings for Jay. I roleplayed Stradha being upset with Teagan, and he later found out through another character why.

The next day, the game was over, and I found Loryanna and Jay hanging out together. I gave them both big hugs and made sure it was 100% clear that what happened was strictly in-game and did not reflect what I thought of either of them as players. There is a small part of me that’s bummed I didn’t get to roleplay the romance first, but then my inner writer reminds me that conflict is always more interesting. That’s about as much bleed as I’m willing to allow.

How to Cope With Roleplay Bleed 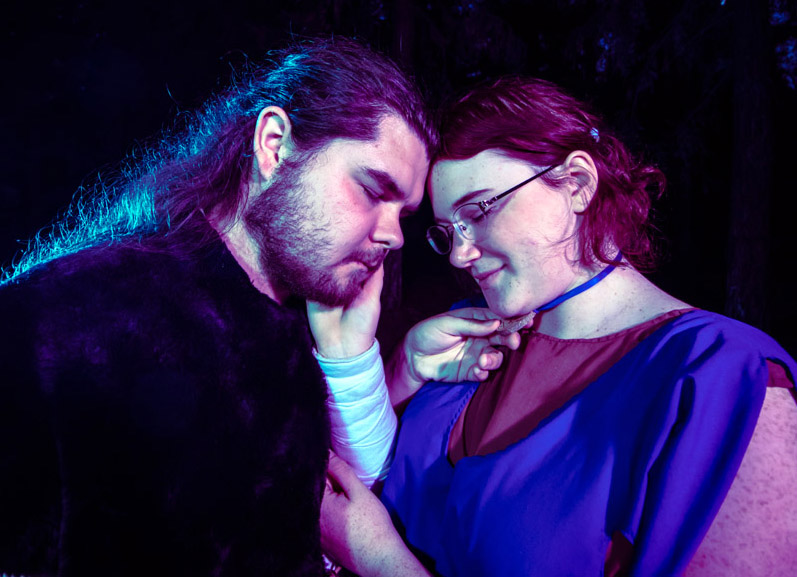 Emotional bleed from intense roleplay can happen to anyone, no matter how old or experienced you are. So how do you recognize when it happens and how do you cope? Here are some tips:

Have you dealt with emotional bleed in roleplaying games? Tell us your tips in keeping real-life and roleplay emotions separate in the comments below!

Elderwood Turns Dice Boxes and Towers Into Works of Art