You just can’t keep John Constantine (down. The canceled-too-soon NBC series Constantine about DC Comics’ snarky, demon-hunting “dabbler” of the dark arts is coming back from the deadÂ â€” this time as an animated series in 2018!Earlier this year, The CW announced that it was resurrecting Matt Ryan’s live-action Constantine for CW Seed, the network’s digital platform, and we had some pretty strong thoughts about what the new series should include. Would the animated web series tie up all the dangling loose threads left over from the NBC series’ cancelation? Would it introduce an entirely new canon with new characters? (Honestly, if Zed (Angelica Celaya) doesn’t show up, I riot.) Would Constantine ever be able to save his own soul?! There are still so many questions waiting to be answered, but at least one has: it’s going to look downright epic.Warner Bros. TV has released the key art for the new series, and honestly, John Constantine has never looked cooler than he does in animation. No disrespect or offense to Ryan, because he was the perfect Constantine in live-action (and that Arrow episode he appeared on will forever be a favorite), but man does he look ready to battle demonsÂ â€”Â from Hell and his own personal ones. Check out the epic new poster for Constantine below (click to enlarge): 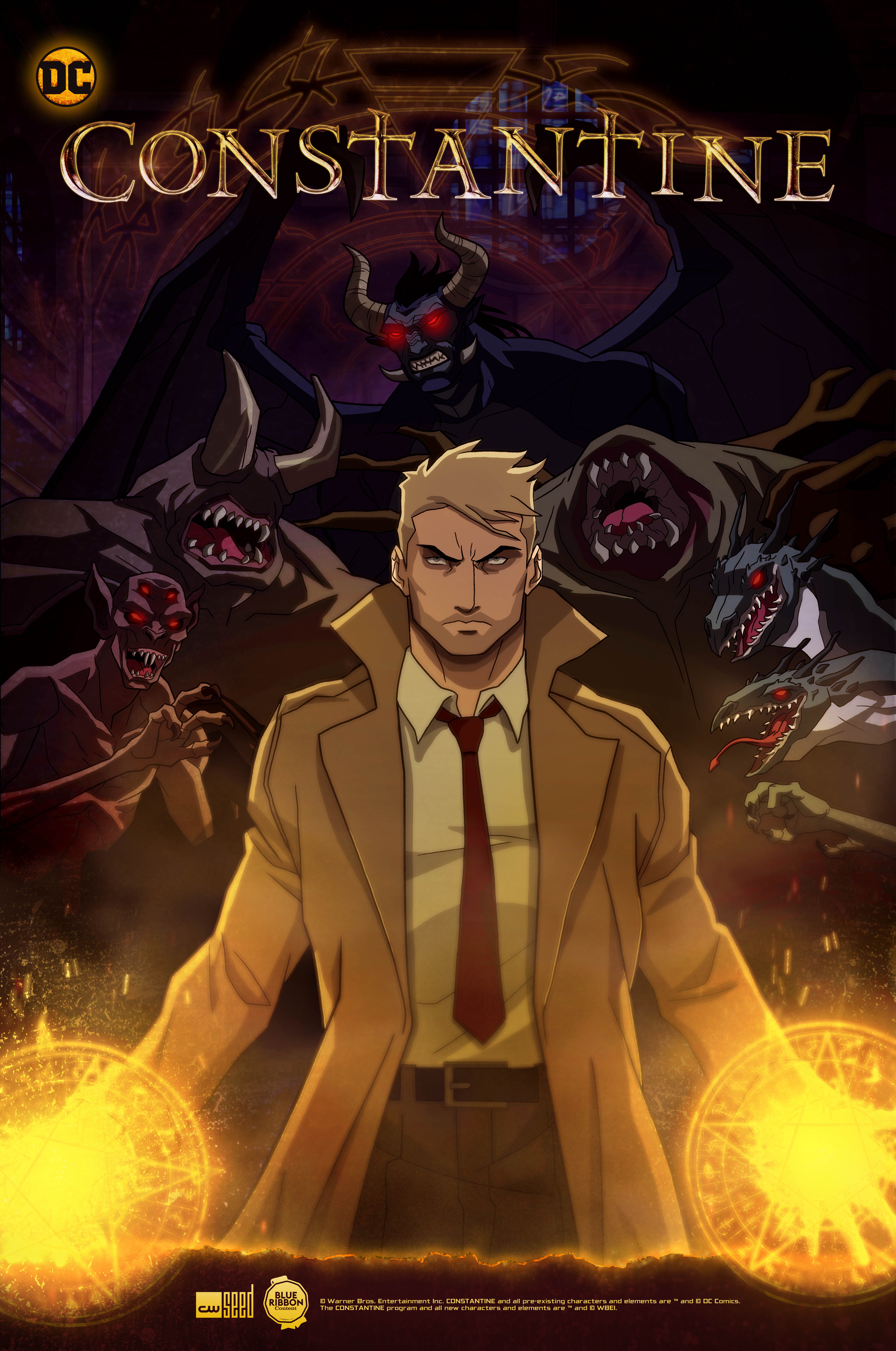 Didn’t watch the NBC series? First of all, shame on youâ€”we needed you for ratings! But don’t worry, that (probably) won’t affect your ability to watch the new animated series. From Warner Bros. Animation and Blue Ribbon Content, Ryan is reprising his live-action role to voice the popular comic book character John Constantine, a seasoned demon hunter and master of the occult. Armed with an arcane knowledge of the dark arts and a wicked wit, he fights the good fight, even though his soul is already damned to hell, because heâ€™ll do whatever it takes to protect the innocent. With the balance of good and evil on the lineâ€Ž, Constantine uses his skills to face the supernatural terrors that threaten our world and send them back where they belong. After that, who knowsâ€¦ maybe thereâ€™s hope for him and his soul after all.Coming from the minds of comic book and TV show legends, Constantine is executive produced by the live-action Constantine‘s David S. Goyer, Greg Berlanti (The Flash, Arrow, Supergirl), and Sarah Schechter (Blindspot, Riverdale, DCâ€™s Legends of Tomorrow), and will premiere on CW Seed in early 2018. Written by J.M. DeMatteis (Justice League Dark, Batman vs. Robin) and directed by Doug Murphy (Justice League Action, Young Justice), the animated series will be ten episodes long, with a running time of five to six minutes per episode.What do you think of the new key art for the series? What do you think an animated Constantine has to include? Are you as excited as me that Ryan’s coming back for his fan-favorite role? Tweet me at @SydneyBucksbaum with your thoughts, opinions and questions and let’s talk all things Constantine!

Constantine is coming to CW Seed in early 2018.