Society—along with basic cable—sure has changed a lot the last twenty years. When host Craig Kilborn left The Daily Show in 1998 he celebrated during his final week by drinking a beer in one episode. Only, he said that wasn’t actually allowed so he had to pour two glasses of liquid: one ginger ale, the other beer. There wasn’t much mystery over which was which. The beer had a full head. Kilborn then mixed the glasses around like someone doing the hidden ball trick, picked up the frothy glass, and said he was drinking ginger ale. That all sounds incredibly lame now. But I promise at the time it was hysterical. I’m thinking about how silly the whole charade was now, though, after seeing what Conan O’Brien did during his final week as a late night host. In the most recent episode he smoked a joint with Seth Rogen.

Conan’s final week on TBS has had major “last week of senior year in high school” vibes. But in the best way possible. His last show’s have been fun and relaxed. And that was before Conan enjoyed some “fine herb” with his guest. Rogen brought a joint from his own weed business for Conan to enjoy during his off-time. Instead, Conan decided to light up right there.

“This is the kind of thing you do when you know it’s over for you,” said Conan before taking a hit. Rogen and Andy Richter also joined in on the fun. Rogen was not prepared for any of it, but sure was happy that it happened. Unlike Andy who said this would hurt his chances getting that job at Target he was eyeing. 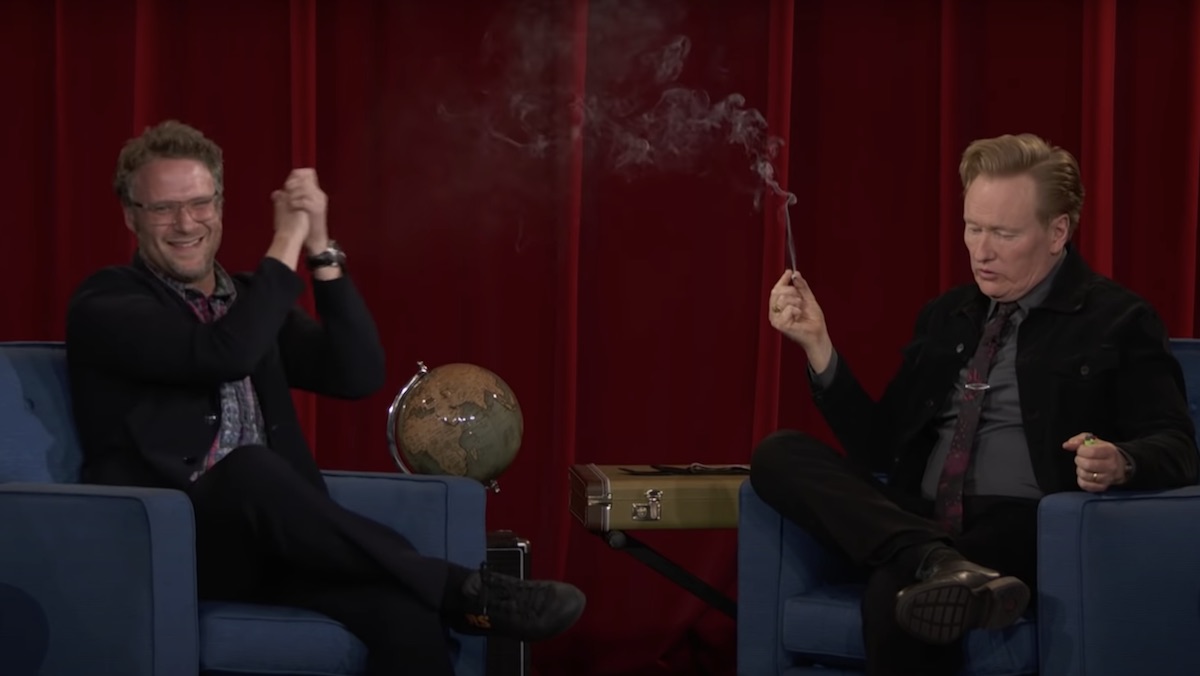 The idea of Craig Kilborn doing this on his show in 1998 is impossible. It would have led to 400 Congressional hearings and possibly some executions. But if Conan had drank a beer with Rogen on TV in 2021 no one would even have remembered. It’s pretty wild. But not as wild as when you think about what this means for the future. Just imagine what late night hosts will be doing 20 years from now.