The first completed Critical Role miniature from Steamforged Games, a 28mm limited edition Vax’ildan, is beginning to make its way into Critters’ eager hands. The resin “vault” mini was released at Gen Con 2018 and has started shipping worldwide. Not only did the painting masters at Steamforged show off their completed Vax at Gen Gon, but excited Critters have been sharing their happy little minis as well.

Take a look at the gallery below for Critters’ mini masterpieces. 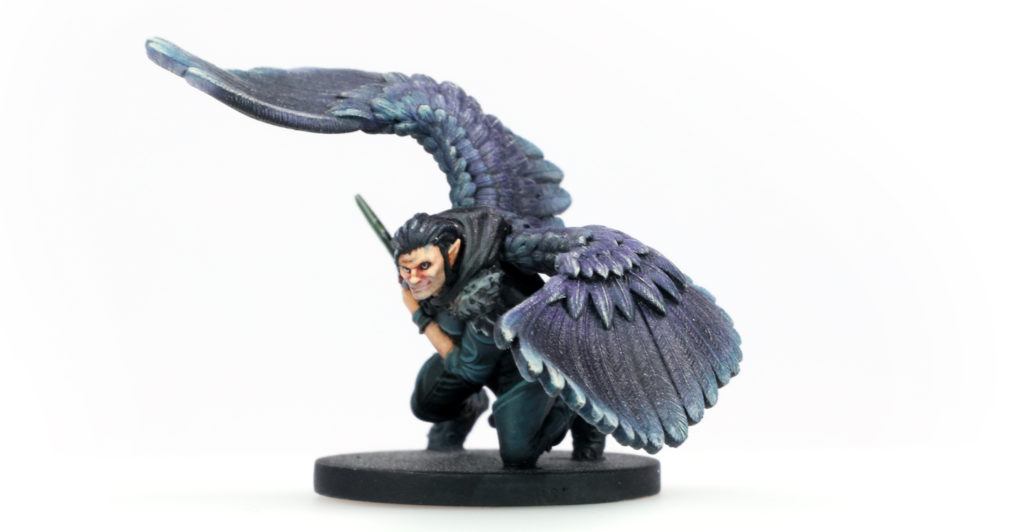 Armed with Vestiges of Divergence and a wry smile, Steamforged perfectly plucked the Raven Queen’s champion out of our imaginations and onto the game table. Interestingly, the design of the little rogue came from a number of sources.

“I used art curated by Liam [O’Brien], plus chatting with him, for the model,” reveals Steamforged Games’ Lead Sculptor Russ Charles. “Though, the Kit [Buss] art was used for the ‘non-wing’ version we based him off, plus descriptions of things like the snake belt.”

Tips to Get Started

Ready to get started on your mini rogue? You can paint your own version of Vax just how you always pictured him, or take a look at the official end-of-campaign character portrait of Vax for color inspiration. If you’re too nervous to take a paintbrush to the detailed mini just yet, Critter David Powell (@MiniPainterDave), whose Vax is in the gallery below, made a tutorial with tips and tricks just for you.

Latest progress on #Vax. There’s more than one way to paint black. I’ll post about 3 of them in tomorrow’s tutorial update. ? #CriticalRoleArt #minipainting https://t.co/lUb7iYlNXM pic.twitter.com/UvhYyzyZlS

Need even more tips? There’s even a detailed painting guide for painting all of the Critical Role minis in a new series recently posted by Painting & Polygons.

While the Winged Vax mini is no longer available for purchase, Steamforged has a lot of plans for more Critical Role minis to grace your table on game night. Keep an eye on their website more mini news and even a chance to vote for the next mini you’d like to see!