Kickstarter darlings Cool Mini Or Not are at it again with another game to entice tabletop and miniature addicts alike: World of Smog: Rise of Moloch.

Set in the era of the good Queen Vikki, magics have been discovered allowing for the reanimation of the dead, which logically clashes with technological innovation. By quickly replacing mechanical inventions with cheap, undead labor, groups promoting societal upheaval (specifically the emergence of the dark power Moloch) form and rise, putting England in dire peril. Cultists looking to replace the rule of good government (and Her Royal Majesty by extension) with demonic overlords emerge, though Gentlemen of the Unicorn Crown stand against them, protecting Queen and country like good patriots. 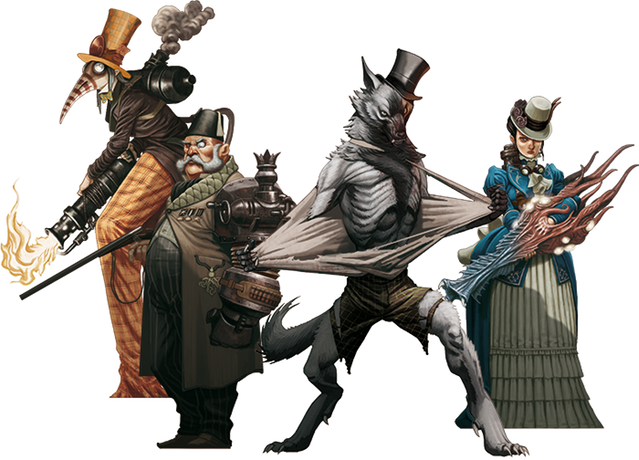 This game is the second installment of CMON and Guillotine Games’ World of Smog series, with the first being On Her Majesty’s Service, a game funded in 2014 on Kickstarter (to the tune of just over $100K) and made publicly available in 2015. While the two games share the same universe, the playstyle of Rise of Moloch is significantly different than its franchise predecessor. Where On Her Majesty’s Service is a competitive resource-oriented game (using economy mechanics like bidding, trading and stock), Rise of Moloch plays much more similarly to CMON’s signature campaign style games (like Zombicide or The Others: 7 Sins). The shift in the franchise’s gamestyle seems to be a good move, with Rise of Moloch‘s sitting over a cool half-million dollars as of this writing, with over a week left in the campaign. The universe is a compelling one, but it’s clear that what makes CMON and Guillotine Games compelling is the cooperative campaign gameplay that creates tense situations for players trying to work together and thus creating exciting gameplay moments as a result. 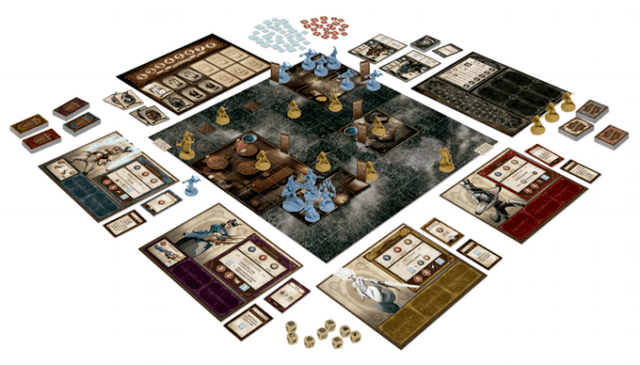 In Rise of Moloch, one player is assigned as the Nemesis player, controlling creatures and forces which act antagonistically to the goals of the rest of the players, who control Gentlemen of the Unicorn Club characters (which admittedly is a bit of a misnomer as several can be identified as ladies.) The game provides 6 scenarios which can be played as one-shot games or can be strung together in a campaign. Each Gentlemen character changes and evolves uniquely through play, can be healed and even brought back after being neutralized (there is no player elimination mechanic in this game.)

As always, the hallmarks of CMON games are present: beautifully sculpted one-piece/preassembled miniatures, compelling cooperative campaign gaming experiences that are truly challenging, stunning art design, and incredible value from Kickstarter (including a boatload of stretch goals.) CMON’s Kickstarter model is quite straightforward: Backers are basically looking at a game that is 90% complete, and CMON is seeking funding not to develop the game, but pay upfront costs for tooling and other production costs. Because CMON uses Kickstarter to fund games in this very specific way, they always deliver on their projects (with 21 projects to date successfully fulfilled, including top games like Zombicide and Blood Rage.)

Basically if you’re a fan of Zombicide or Super Dungeon Explore-style gameplay, are attracted to steampunk settings, and adore fantastic miniatures, this is a game you should totally look at.

Teri Litorco is a YouTuber, author of The Civilized Guide to Tabletop Gaming, is a miniature addict, and shares photos of cats and her WIP miniature painting projects on social media: Facebook, Twitter and Instagram.