I am an RPG fanatic. Yet for good, bad, and sometimes both at the same time; recent trends have drastically altered the genre. So with this article, I wanted to take a look at the genre to explore 3 ways that RPG video games have changed in the last decade and share with you what it means to this veteran.

Level Up At Intimacy 5

Friendship, romance, and even sexual encounters with NPCs (non-player characters) is not new to the RPG genre. For JRPGs (Japanese RPGs), they are par for the course. Dating-simulation games have been around in Japan for ages, with many RPGs (Harvest Moon, Fire Emblem, Star Ocean, etc.) borrowing from them. Even landmark games such as Final Fantasy 7 and 10 feature the ability to form minor romantic relationships with your party members that can tweak cutscenes ever so slightly. That said, a few WRPG titles, like Planescape: The Torment, allow the player to form friendships and romances with allies, that can alter the story and even the outcome of the game. 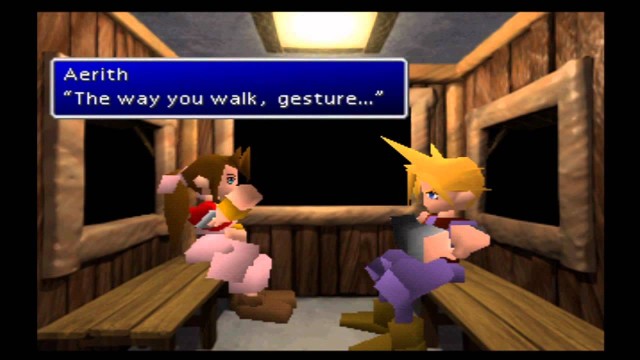 What is new is how contemporary games have taken these relationship-elements and expanded them greatly. Persona 3 and 4 are the kingpins of this. “Social Links”, the bonds between the player character and the NPCs around them, are core to central game-play. They affect combat and overall story, are a major motivator for gameplay, and prove to be touching mini-stories in their own right. The series’ smashing success has had a ripple effect, with countless JRPGs (Fire Emblem: Awakening being the most well-known example) adding their own form of “Social Links”. 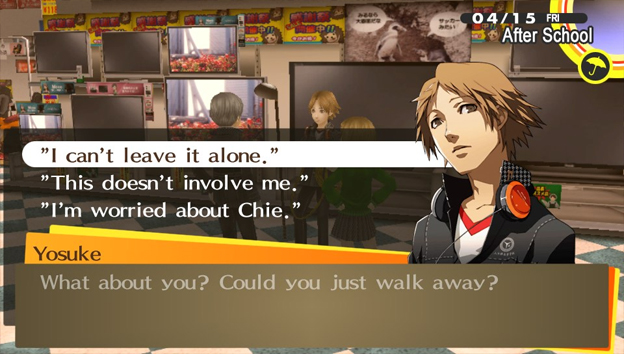 WRPGs have also picked up on the trend, with friendships and romances between NPCs becoming more advanced and integral to the plot. While there are tons of examples, you can see this evolution across AAA series Dragon Age and The Witcher. Both have grown from “give this character a gift to become friends/bang them” and “collect sex trading cards” respectively, to romances and relationships that are thoughtful and integral to character development and the narrative.

I fully support this trend. Well-written romances and friendships litter some of the best literary and cinematic works, and if that’s the level of artistry that video games are aiming for, why shouldn’t they have them? That said, how successful RPGs have been at hitting the mark varies upon sub-genre. On the WRPG front, almost all the growth has been unanimously positive. JRPGs however, in my opinion, have been a bit more uneven. AAA games such as the Persona knock their in-game relationships out of the park, but when you look at small budget titles, you see a number of companies shoe-horning relationship values in without thinking about what it means for the game’s narrative. Even Fire Emblem: Awakening, with its lovable cast and great gameplay, doesn’t hit a consistently high level of relationship writing quality. Compare the arc of the relationship between Geralt and Triss of Witcher to Male Robin and Tharja of Fire Emblem, and you’ll see what I mean.

As time goes on, what I want to see is more of the good stuff: games being intentional and thoughtful in their use of relationships, not simply throwing them in so players can pick their favorite mate.

When I was a wee gamer and a game was popular, two things would tend to happen. It’d get a direct sequel, or it’d get an expansion pack–a fully fleshed out disc of new content and patches to the game. Now, 10-12 years later, games have gotten very weird about adding new content, especially RPGs.

Sometimes, games will offer up extra minor, non-necessary content for DLC. The Disgaea series would sell packs with characters from previous games. Mass Effect 1 and 2 offered up DLC missions to act as filler until the next game. When it comes to selling extra costumes, weapons, and purely gameplay oriented-missions for a quick buck, I have no issue. I don’t need it to enjoy the game, it’s purely an enhancement.

Then Mass Effect 3 announced a day 1 DLC of a character that was clearly meant to be in the main game. Diablo 3 released an expansion pack as an actual expansion pack but Dragon Age releases DLC that acts as an expansion pack after their last expansion failed. Don’t get me started on the Final Fantasy 13 series, which spat out wave after wave of costumes and bonus chapters that explained the non-sensical plot.

I don’t disagree with DLC in theory. I respect developers who do not have enough time to put everything they want into a game and thus offering it later. But while racing games and fighting game are static enough to get away with missing a character or two, I’ve seen RPGs suffer greatly from holding out on necessary content. The most intense example of this I’ve had was with the character Javik from Mass Effect 3. As DLC ally, playing the game without Javik made a lot of the game’s twists come out of the aether with no buildup. I also look at Dragon Age: Inquisition’s DLC epilogue Trespasser, which provided the solid ending the game lacked, but should’ve been in the original game from the get-go. 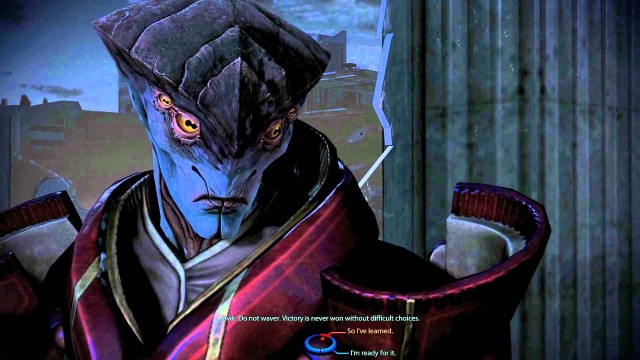 In the future, I want to see more coherency in how RPG developers dish out DLC. I want the extra content live up to its namesake: extra. I want RPGs whose stories and gameplay are finished on release and actual expansion packs (fully fleshed out additions to games). I don’t want to continue to be nickeled and dimed for content that should’ve been there in the first place.

Years back, I felt had a clear picture on what an RPG was, or at least the traits that defined it. Turn-based, character driven, strategic, customizable, dependent on stats and skills, fairly slow paced. Ocarina of Time was the adventure game where you ran around exploring dungeons and hacking enemies to bits. Final Fantasy (in this case let’s go with 10) was the RPG where you crawled from encounter to encounter, and how you built your party was more important than how fast you could mash triangle.

With the advent of Final Fantasy 13, Demon Souls, Mass Effect 2 et al., I feel like my definition of what makes an RPG has taken an arrow to the knee. The Mass Effect series became as much a third person shooter as skill based RPG. Take away the stats and number crunching of Dark Souls and it still holds up as a competent adventure game. More than few action games, from Dead Space to Castlevania borrow heavily from the RPG genre as well. Needless to say, there’s been a lot of triangle mashing these past few years. 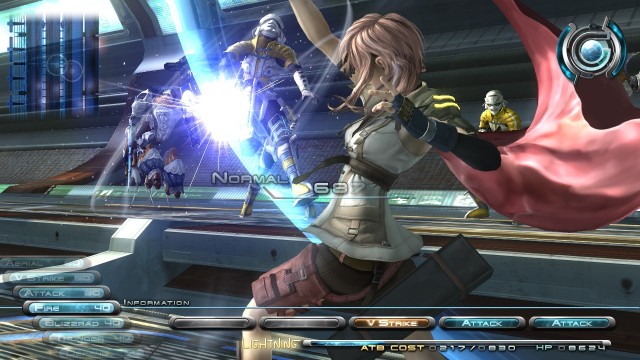 As elements such as turn-based combat become limited to niche/indie games on Steam and the next Final Fantasy looks to be even more real-time action than its predecessor. I have to grapple with whether I am happy with these changes. On one hand: yes. A good game is a good game. The games I’ve mentioned (most of them) are great regardless of where they fall in terms of genre. Even the classification of RPG refers to the fact that the game centers on the player taking up a role, not being turn-based or equipping the Ultima Weapon.

At the same time, it’s always hard to see the beloved elements of a genre start to disappear. While many indie developers are still keeping ATB (active time battle) and turn based combat systems alive, I would love to see what AAA company resources could do to breathe new life into these gameplay elements, and not simply retread the same old ground.

In the end, even if it’s not as I remember it, I hope to see the RPG genre continue and overcome its flaws of wonky DLCs and relationships and move toward creating more high quality, innovative games. If not, well, I can always boot up another game of Final Fantasy X. 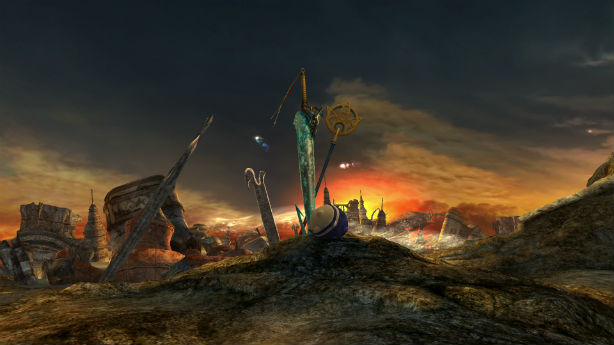 How have RPGs changed for you in the last decade or so? Any favorites? Changes you want to see? Leave them in the comments below. Until Next Time.