Adventurers! Treasure! Dungeons! Dragons! A giant, lumbering mechanical ape?! You’ll find all this and more in Clank! Expeditions: Temple of the Ape Lords, the upcoming expansion to the deck-building adventure game. Join your friends in the sneakiest dungeon crawl of all, but be careful not to make too much noise—one clank too many, and the adventure could be over. 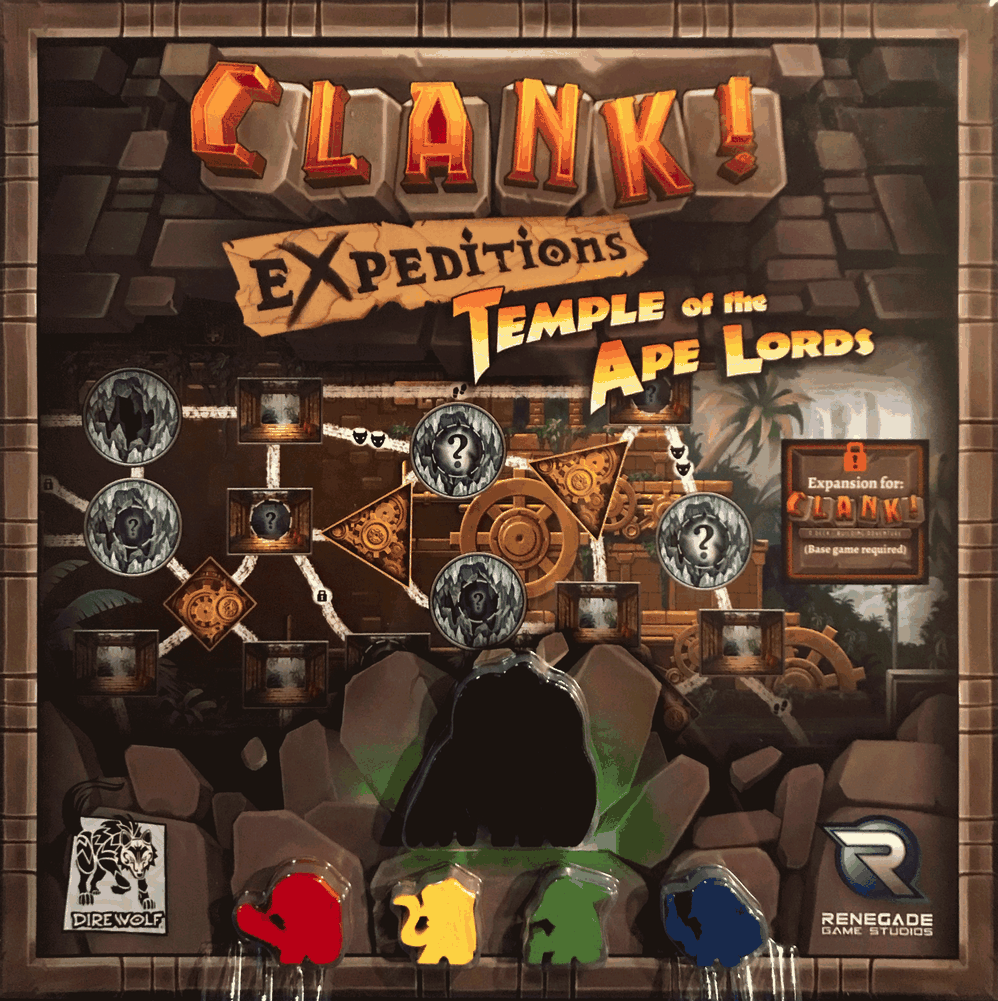 Clank! is one of those gaming gems that you can build an entire game night around. You and up to three fellow players take on the roles of  competing treasure hunters exploring the depths of a dungeon together. (Pick up the Clank! Legacy Acquisitions Incorporated Upper Management Pack and you can even play as familiar Acquisitions Incorporated faces like Jim Darkmagic and Viari!)

You’re not quite playing cooperatively, but you’re all trying to work as quietly as possible to stay off the Big Bad’s bad side. As you explore the dungeon, you’ll draw cards from the deck to gain mercenaries to help you on your hunt, earn victory points by uncovering secret tomes and other treasures, and more. Will you earn the most victory points and escape the dark depths in one piece without making too much noise?

Let Amy Dallen teach you How to Play Clank! and its newest expansion with a complete walkthrough of the setup and gameplay.


In The Temple of the Ape Lords expansion, you’ll be searching a previously unexplored jungle ruin or temple for relics. (A flip of the game board chooses your dungeon.) But beware, because a giant mechanical ape guardian lurks in the dark, and too many clanks from your armor in an ill-timed stumble could spell your doom. A Bronze Guardian also menaces explorers who plumb the temple’s depths, but defeating it will grant you an Ape-aratus worth quite the sum of victory points.

It’s super simple to switch out the original Clank! game pieces for The Temple of the Ape Lords expansion, and you’ll enter the jungle in no time flat. Whether you’re a seasoned adventurer or brand new to the life of a dungeon crawler, you’ll love entering the mysterious temple nestled deep in the jungle. Watch Amy and her friends play on this episode of Game the Game to see just how much fun and games it is when you’re welcomed to the jungle of Clank!

Set out on an expedition to your friendly local game store in September to pick up Clank! Expeditions: Temple of the Ape Lords.