You can’t keep a good doll down. Or a bad doll. The murderous toy Chucky has been wreaking havoc and spilling blood since Child’s Play in 1988. He’s gone on to star in a number of follow-up films over the years, including a reboot in 2019. But the latest exploration of Chucky’s dastardly deeds is coming to the small screen in a TV series from SYFY and USA Network. Franchise creator Don Mancini is aboard with Brad Dourif returning to voice the killer doll in the series. And we got a brand new, terribly unsettling trailer at San Diego Comic-Con.

Does the trailer make anyone else wary of yard sale deals? What if that innocent looking toy you pick up is capable of murder? That’s what happens when Jake (Zackary Arthur) discovers Chucky while rummaging for treasures. We wouldn’t call Chucky, a “Good Guy” doll, innocent looking though. Even without knowing the doll’s history, we’d absolutely run in the other direction.

And of course, once Chucky has a new home, trouble starts anew. The official synopsis spells it out.

In the new television series, an idyllic American town is thrown into chaos after a vintage ‘Good Guy’ doll turns up at a suburban yard sale. Soon, everyone must grapple with a series of horrifying murders that begin to expose the town’s deep hypocrisies and hidden secrets. Meanwhile, friends and foes from Chucky’s past creep back into his world and threaten to expose the truth behind his mysterious origins as a seemingly ordinary child who somehow became this notorious monster. 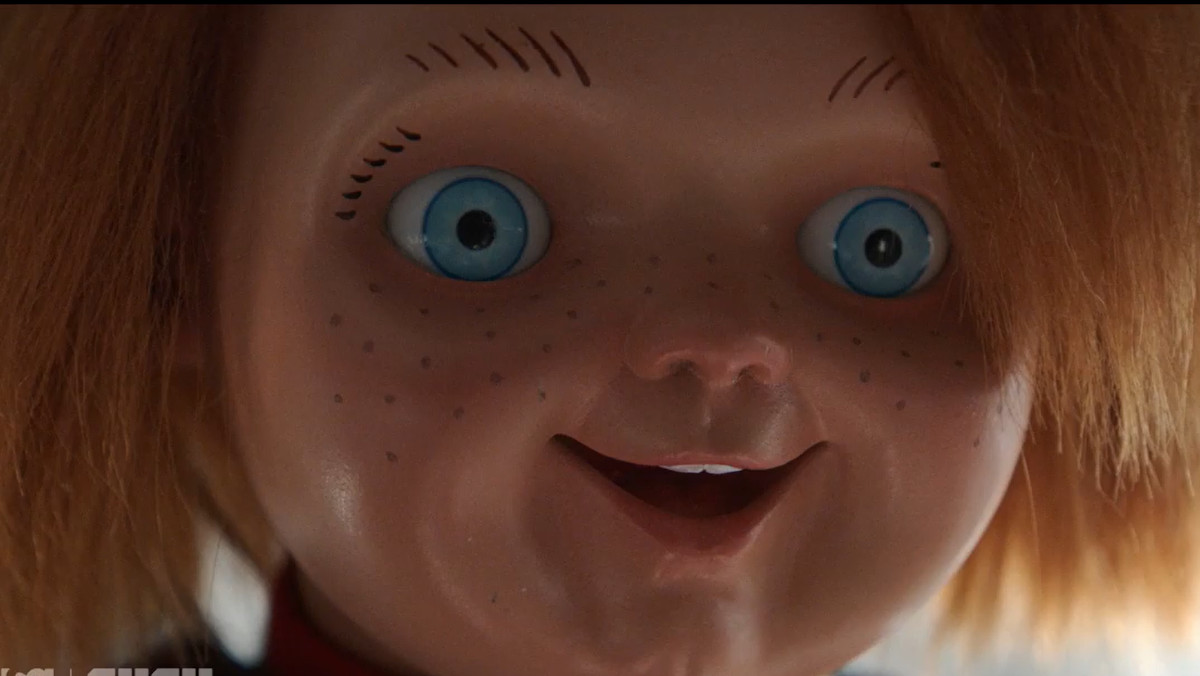