The CHUCK Cast Reunited for a Virtual Table Read

Will 2020 be the year our favorite television shows return from the grave? And by “return” we mean “gather together virtually through Zoom to remind us of happier times, before we were all quarantined and watching depressing news every day.” It may as well be, because Entertainment Weekly has announced that on Friday, April 17, #UnitedAtHome will host a virtual cast table read for Chuck. The reading will benefit Feeding America’s COVID-19 Response Fund.

Surprise, #Chuck fans! 🙌 EW Reunions: #UnitedAtHome is proud to host a (virtual) cast table read on Friday, 4/17 in support of Feeding America. And they need YOU to pick the episode.

RSVP at this link and leave your suggestion: https://t.co/nPkFnp7L6z pic.twitter.com/xd4r2vAQsD

The beloved NBC series about Zachary Levi’s nerd-turned-spy originally went off the air in 2012 after a five year run. Part of what made Chuck special was the show’s unique connection with fans; Chuck’s fans weren’t just passionate—they were dedicated. Before the days of Twitter being a force to rally for the revival of shows like One Day At A Time, fans were flooding social media in its infancy to show their support for the show, which was always a hit or miss when it came to renewals. They even got Subway to sponsor the series in its last few seasons, effectively saving it from cancellation. And despite being a series on a big network, the cast and writers always seemed to realize the special bond they had with the people who loved their little nerdy program. 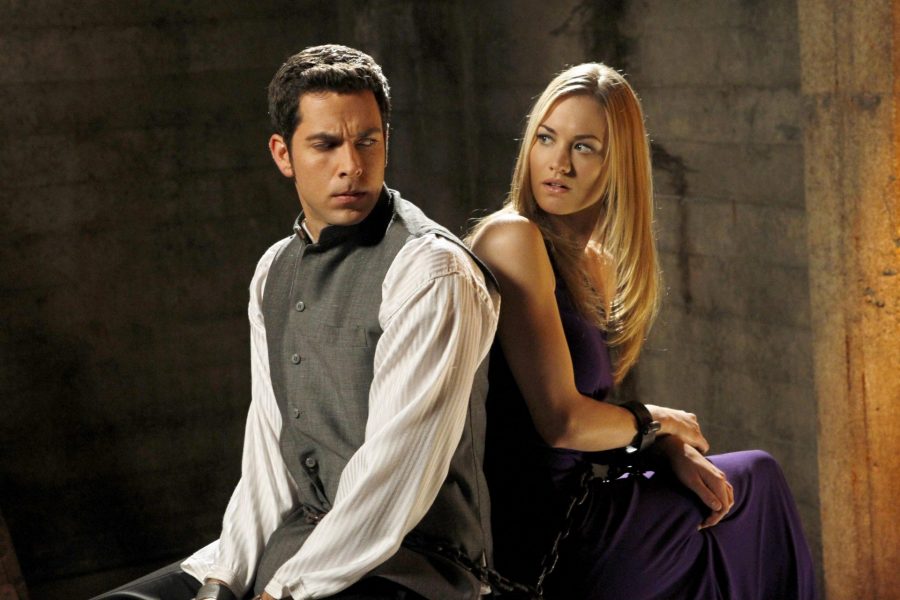 It shouldn’t be surprising, then, that in true Chuck fashion, the fans will be the ones choosing the episode that the cast live reads on April 17. (If you R.S.V.P. to the Facebook link, you can share your suggestion.) But it gets better: because Zachary Levi wants everyone to be as involved as possible, adding your voice to the mix means you’ll also have a chance of being cast in the table read. Seriously, if you’re a Chuck fan who ever wanted to make a five year dream of being part of Chuck and Sarah’s escapades come true, now’s your chance.

The reunion is available now. Check it out: